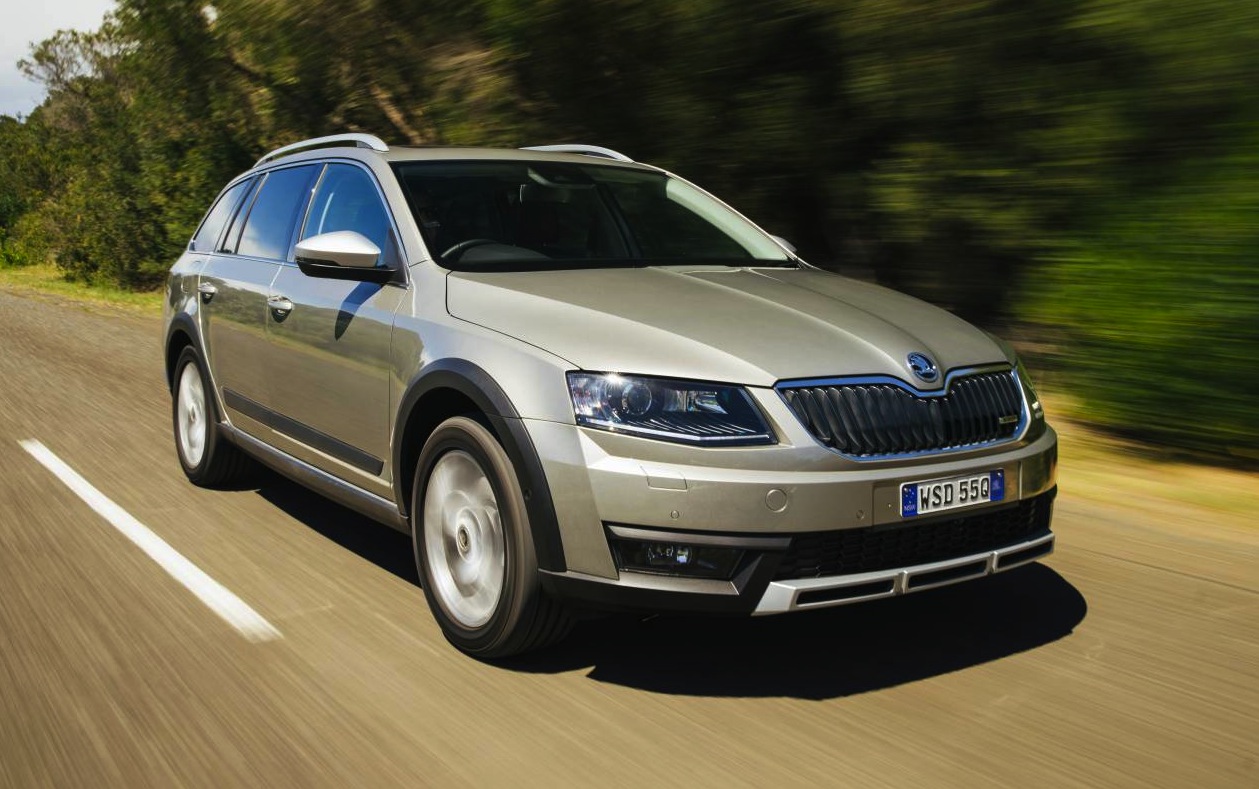 The 2015 Skoda Octavia Scout 4×4 has landed in Australia, bringing an updated Haldex all-wheel drive system to the range, a fresh engine lineup, and more equipment across the board. 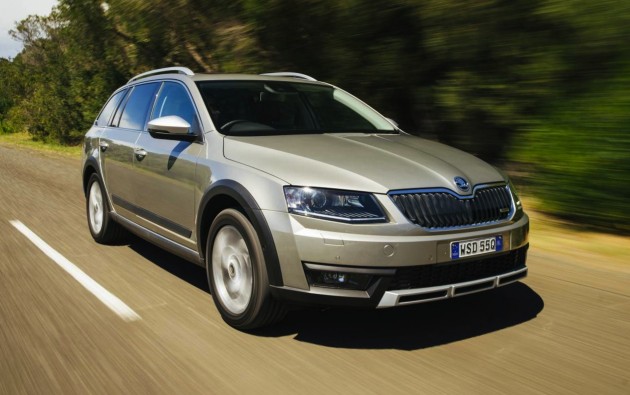 Based on the latest-generation Octavia, which itself is based on Volkswagen Group’s relatively new MQB platform, the Scout 4×4 shows off an updated exterior design and a cleverly packaged interior.

The most obvious character to the Scout over the regular Octavia is the raised body and increased ground clearance. In fact, the Scout is 31mm higher. It also comes with underbody protection for off-road use, and rugged plastic cladding around the wheel arches and along the bottom of the front and rear bumper bars.

All models come with a fifth-generation Haldex all-whee drive system. The new system is more compact and actually opens up cargo space, providing an additional eight litres. In the default seating plan there is 588 litres, while flipping the rear seats down opens up 1718 litres (up from 1620 litres).

Standout highlights for the interior include a 5.8-inch touch-screen interface, a standard rear-view camera, and a leather steering wheel and gear shifter. The 135TDI and 132TSI models come with an 8.0-inch touch-screen with sat-nav, dual-zone climate control, and an electric tailgate.

The new model is on sale in Australia now. Prices start from the following (excluding on-road costs):