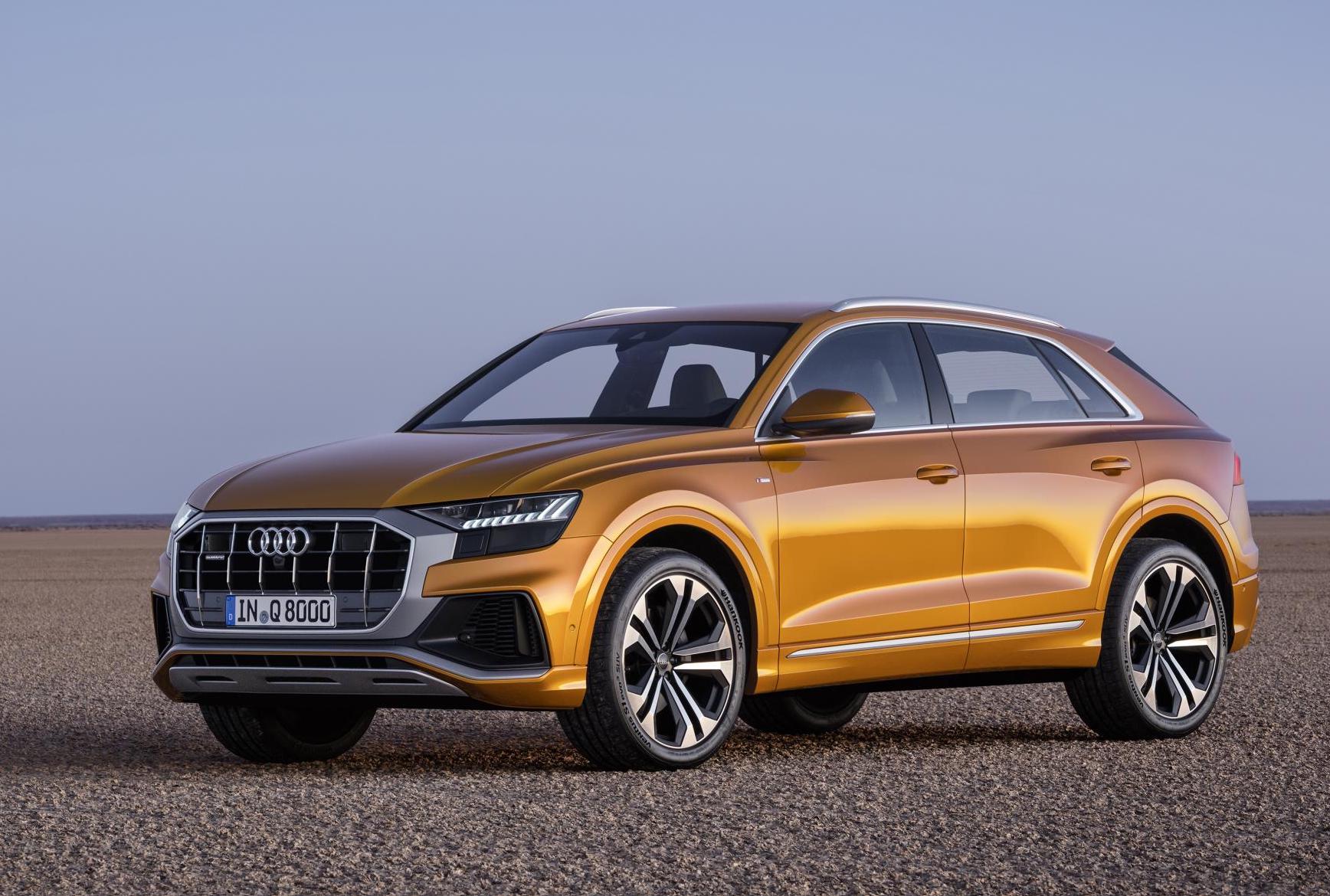 After a lengthy teaser campaign Audi has finally unveiled the all-new Audi Q8 luxury SUV. It shows off perhaps one of the most distinct designs in the company’s current showroom. 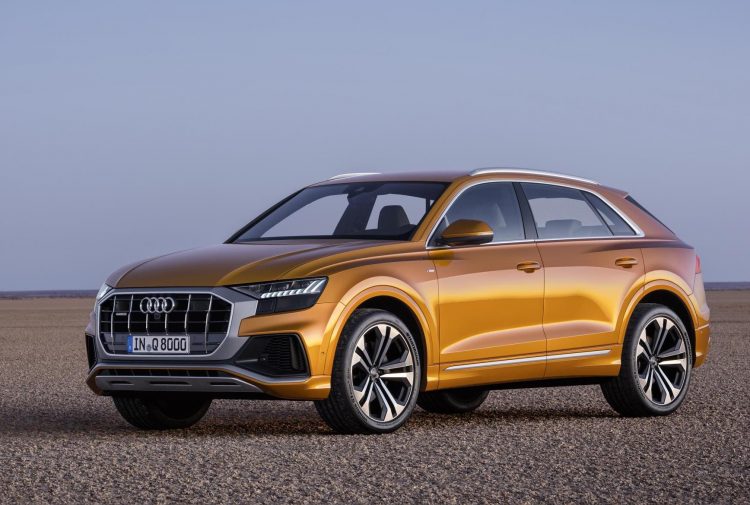 Based on the VW Group MLB Evo platform, the new model measures in at 4986mm long, 1995mm wide, and 1705mm tall. This makes it 66mm shorter, 27mm wider, and 36mm lower than the current Q7. These dimensions give you some idea of its sporty, low profile theme, ready to take on the likes of the BMW X6 and Mercedes-Benz GLE Coupe.

The design is clearly inspired by the Q8 concept vehicles revealed last year, with a huge front grille providing loads of presence on the road, with big wheel arches accommodating up to 22-inch alloy wheels, and complex headlights featuring 24 individual LEDs giving it a very crisp and modern look. Around at the back you’ve got the full-width taillight treatment which is fast becoming a new fashion. 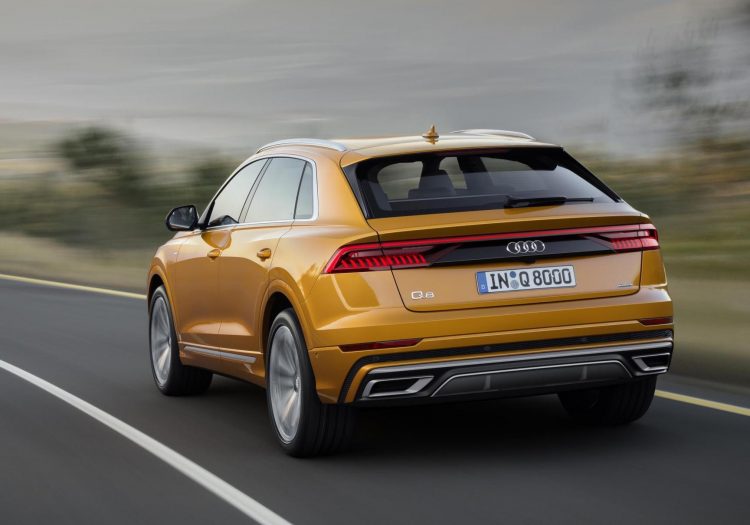 Under the bonnet, the Q8 will initially launch with a 3.0-litre TDI turbo-diesel (called the Q8 50 TDI) paired with a 48-volt mild hybrid system that can recover up to 12kW of energy. Overall, output is rated at 210kW and 600Nm, which is enough to accelerate the big 2145kg SUV from 0-100km/h in 6.3 seconds. Later down the track Audi will introduce a ‘Q8 55 TFSI’ variant, featuring a 3.0-litre petrol with forced induction, producing 250kW.

Inside is where you’ll find Audi’s typical modern-living decor, with lots of leather and quality details, along with a 10.1-inch multimedia screen for the dash, another 8.6-inch digital screen for the climate control settings, and a 12.3-inch digital display for the instrument cluster. Buyers will be able to enjoy audio systems with up to 23 speakers for optimum listening pleasure, with LTE Advanced connectivity for data transfer. Meanwhile in the back cargo space is rated at 605 litres, or 1755L with the rear seats folded down. 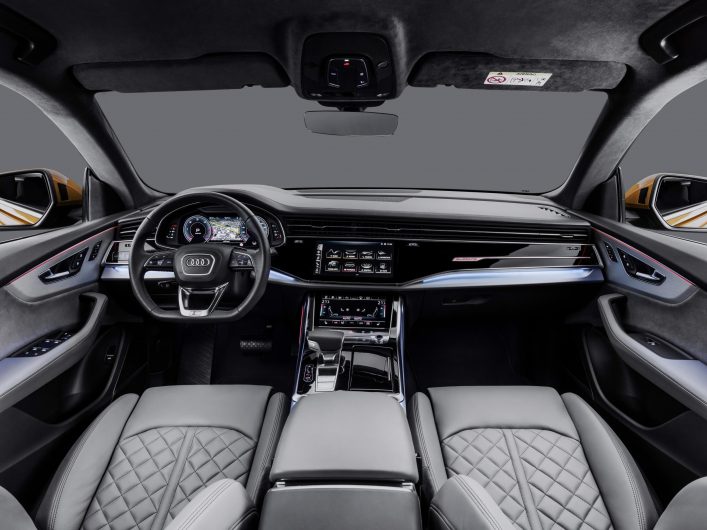 For the driver Audi will be offering its latest Pilot cruise control system, with lateral and longitudinal control for all speed ranges, as well as remote garage pilot automated parking functionality. All of this includes Audi pre sense emergency alert and autonomous emergency braking.

Audi will be producing the Q8 at its Slovakian plant in Bratislava, with market arrival in the UK penned in for the middle of this year. Australian details are yet to be confirmed.