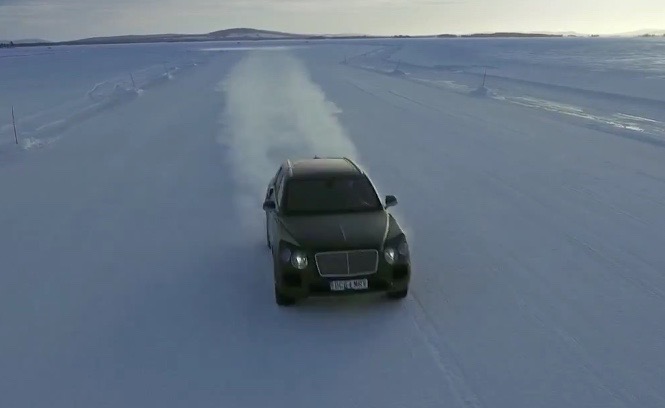 Bentley has released a clip of the punishment and extensive testing it is putting the Bentayga through ahead of its market release next year. 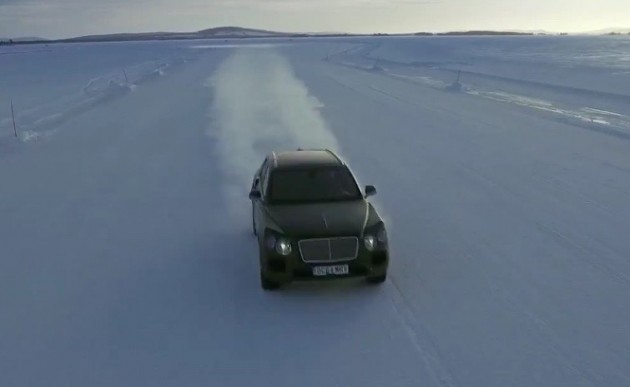 The Bentayga shares its platform with the second-generation Audi Q7, and has travelled all the way to Sweden for intensive testing in cold conditions.

The clip also gives us a few sneak peeks at some of the finer details of the Bentayga, including the rich burgundy steering wheel, despite the body being cloaked in camouflage.

Bentley has been nice enough to include some engine notes in the clip, and it sounds as though there’s a serious storm under the bonnet, most likely Volkswagen’s newly developed 6.0-litre twin-turbo W12, good for 447kW/900Nm.

It’s also been confirmed the Bentayga will be offered with a plug-in hybrid, potentially including twin-turbo V8 petrol and diesel variants. Take a look below for the preview.