Honda has released a teaser image of a new sporty ‘Urban SUV Concept’ it plans to unveil at the upcoming 2013 North American International Auto Show in Detroit in January. 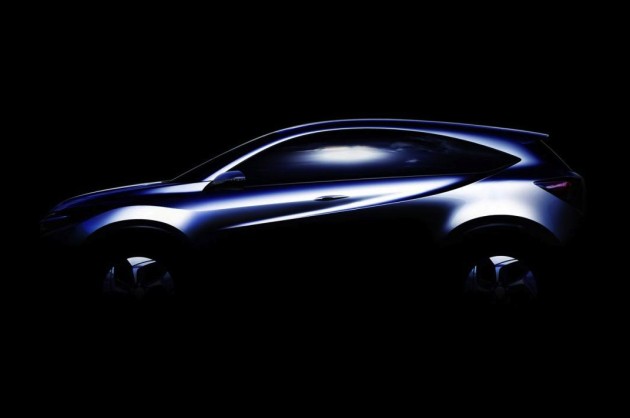 Not much in terms of specifications or details accompany the image, other than the fact that the SUV concept will combine “a sporty and dynamic SUV profile with a spacious interior utilising Honda’s centre-tank layout, creating a highly functional design”.

From the sketch you can see a swooping body profile which looks as though it could be a two-door. There’s also prominent wheels arches, a distinctive panel kink running from the C-pillars down to the front wheels, and a range of sharp angles including pointed headlights.

Could this be a modern interpretation of the old two-door Honda HR-V perhaps? Or even an insight into a new MDX of sorts? All will be unveiled on January 14.