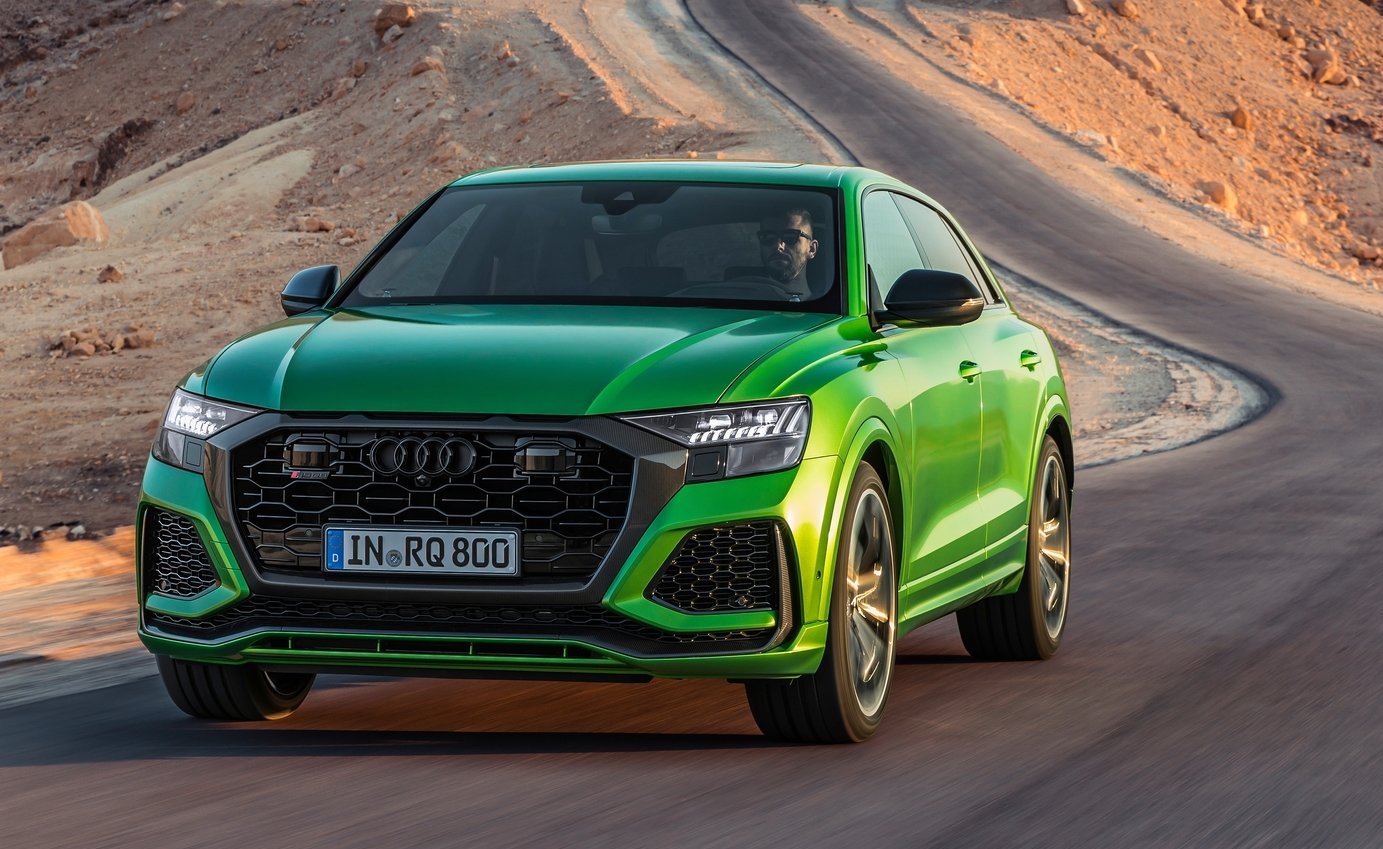 Audi’s epic RS Q8 super SUV will arrive in Australia in October, coming in as the most powerful SUV in the showroom. Local prices and specs have just been confirmed. 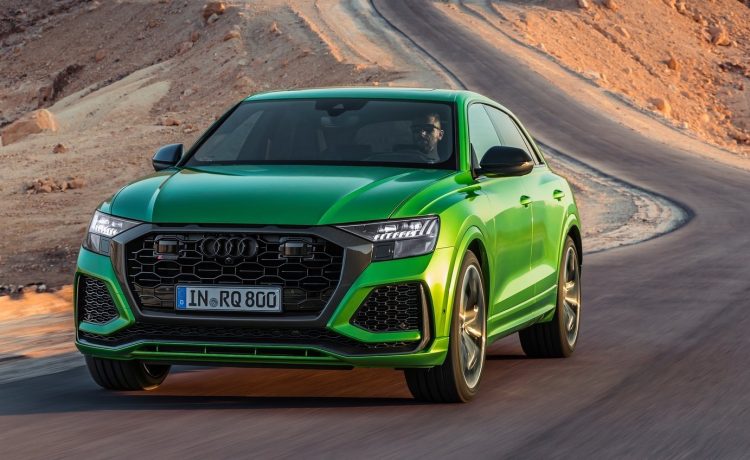 It was originally unveiled in November, boasting an impressive feat; the fastest production SUV around the Nurburgring, with a lap time of 7:42.253. It did this thanks to a 4.0-litre twin-turbo V8 that belts out 441kW and a monstrous 800Nm.

All of that is sent through an eight-speed auto and into a quattro all-wheel drive system, tuned by Audi Sport. Sprinting from 0-100km/h takes as little as 3.8 seconds, with 0-200km/h coming up in only 13.7 seconds. The top speed is limited to 250km/h. 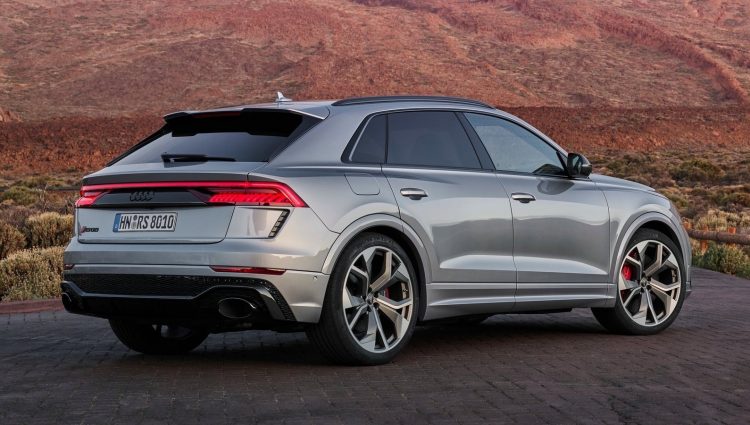 Helping to wipe off all of that speed is a set of 420mm front and 370mm rear disc brakes, with eye-popping 10-piston calipers on the front. Local buyers can also option up to 440mm ceramic brakes which provide greater performance while also shaving 34kg in unsprung mass.

For the first time ever on an Audi production car, the RS Q8 comes with whopping 23-inch alloy wheels as standard. Also included with the standard Australian specification is a panoramic glass roof, soft-close doors, tinted windows, and an electric tailgate. 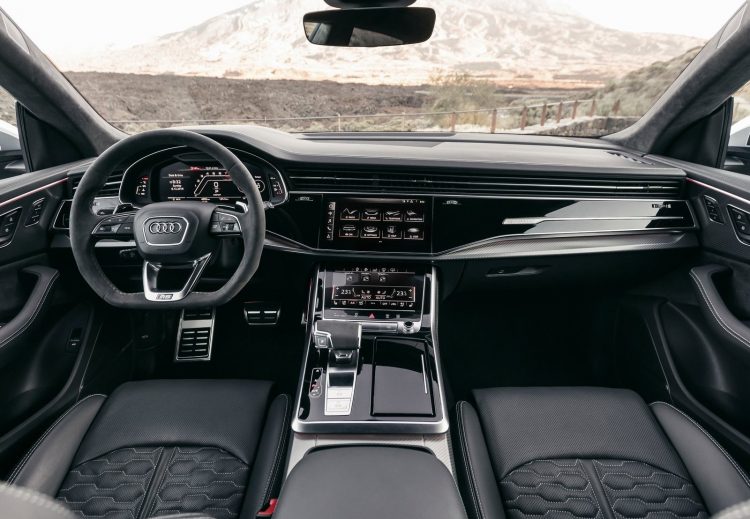 Passengers are also treated to four-zone climate control, heated front and rear seats, electric sun blinds for the rear side windows and a manual blind for the rear window, and the extended aluminium trim package. There’s also two touch-screens on the dash (10.1 and 8.6 inches), Android Auto and Apple CarPlay, and a 17-speaker Bang & Olufsen stereo. Paul Sansom, managing director of Audi Australia, said:

“Creating a vehicle that truly serves its purpose as a functional, versatile family vehicle without compromising on the kind of stratospheric performance that is expected of an RS flagship is a remarkable achievement by Audi Sport GmbH. We know that this type of exclusive vehicle is one that some of our customers have been longing for, and so we are delighted to bring the first RS Q8 to Australia.”