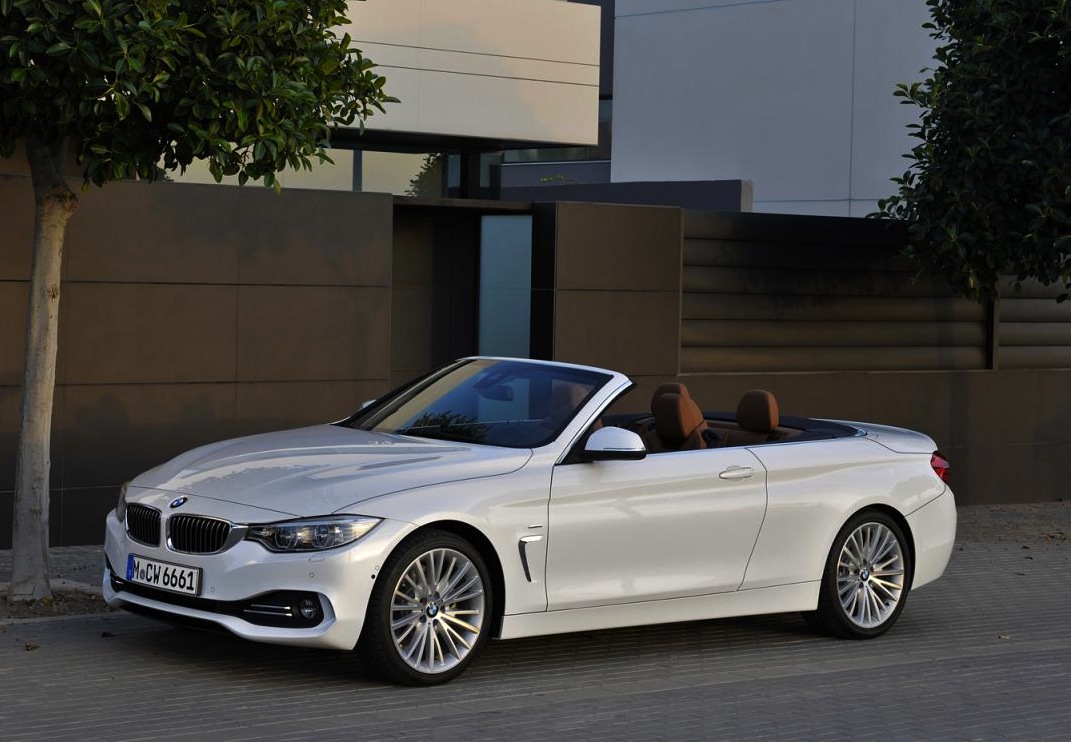 In a fairly surprising move, BMW has unveiled the new BMW 4 Series Convertible before its LA Auto Show debut next month. This is the drop-top version of the striking new 4 Series Coupe which itself is the two-door version of the 3 Series. 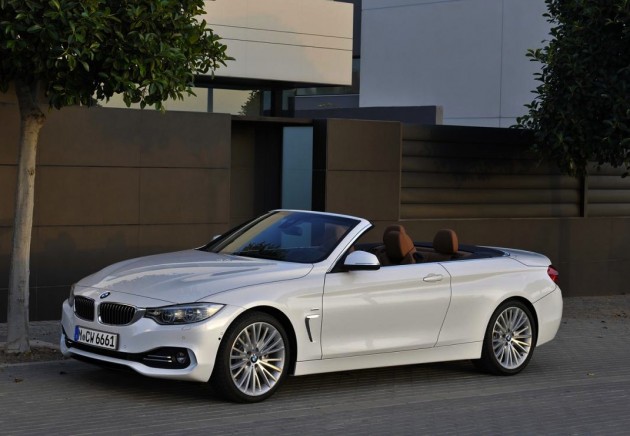 Sporting the same elegant design as the four-seat coupe, the new convertible is promising to set new standards in dynamics, elegance and driving pleasure. It shares the widened 3 Series track and longer wheelbase with the coupe.

Distinguishing highlights for the 4 Series, in terms of the exterior, include a set of ‘air breather’ vents behind the front wheels that help to reduce turbulence and improve aero efficiency, while the convertible gets a flat boot area design that underlines the flowing harmony of the car’s silhouette. 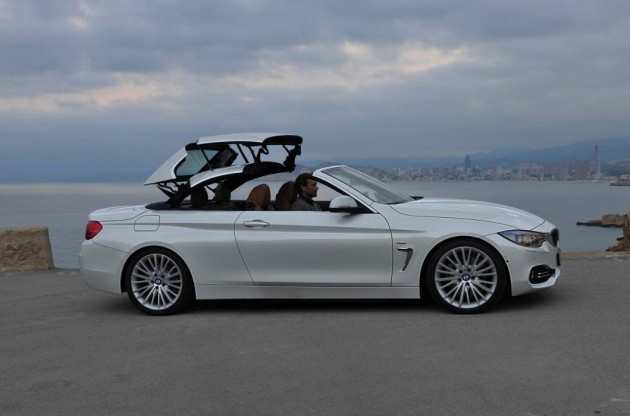 As for the roof, it’s a three-piece retractable hardtop that uses advanced soundproofing for maximum interior comfort and quietness. When opened, the roof is electronically folded into the boot area. BMW says there is “ample storage space and easy access” in the boot, capable of storing large and bulky items. Capacity ranges from 220-370 litres, depending on the roof’s position.

The 4 Series will be available in five trim packages, including the standard, the Sport Line, the Modern Line, the Luxury Line, and the full M Sport package. Each provides a unique set of features and equipment.

Upon initial launch, BMW will introduce the 420d Convertible, the 428i Convertible, and the range-topping 435i Convertible. Each come with the same powertrain as featured in the respective 3 and 4 Series models, with power outputs ranging from 135kW, 180kW, and up to 235kW in the 435i.

A six-speed manual is standard on all variants, with rear-wheel drive. An optional eight-speed auto will also be on offer.

The new model will go on sale early in 2014. Australian market prices and specifications are yet to be announced.