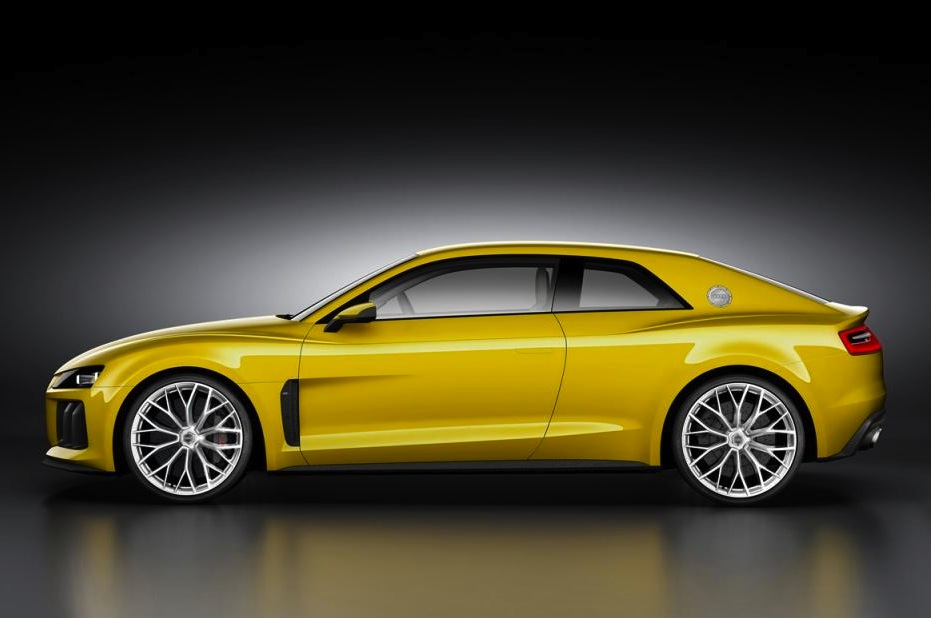 In an interview at the 2013 Frankfurt Motor Show, currently underway, Audi’s head of design revealed Audi is considering putting the mammoth Audi Quattro concept into production. 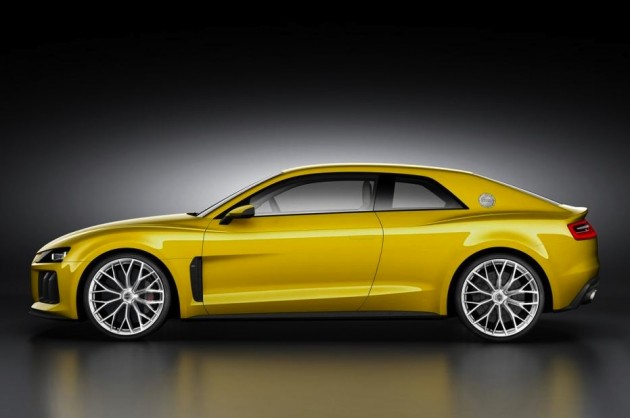 Speaking with UK publication Auto Express, Wolfgang Egger, design chief, said: “With every design concept we do we are thinking about everything becoming reality”. He said two versions have been made; one on the MQB platform and another on the larger MLB platform, adding, “now we need to make a decision.”

There have been loads of rumours and speculation in the past surrounding the idea of Audi recreating the old Sport Quattro of the 1980s. The latest concept, which was unveiled at Frankfurt, showcases the same sort of design theme. Instead of a cracking turbo five-cylinder though, the engine is a hugely powerful V8 hybrid.

A potential production version may not receive the same 4.0-litre twin-turbo V8 hybrid as the concept, not in 515kW form anyway. A watered down version is more likely.

Audi is reportedly looking to fill the gap between the Audi TT and the Audi R8 in terms of dedicated sports cars, which means such a model could fit in nicely. Although the RS 5 is a sports coupe, it’s not as exclusive or as high performance as what a potential Quattro could be.