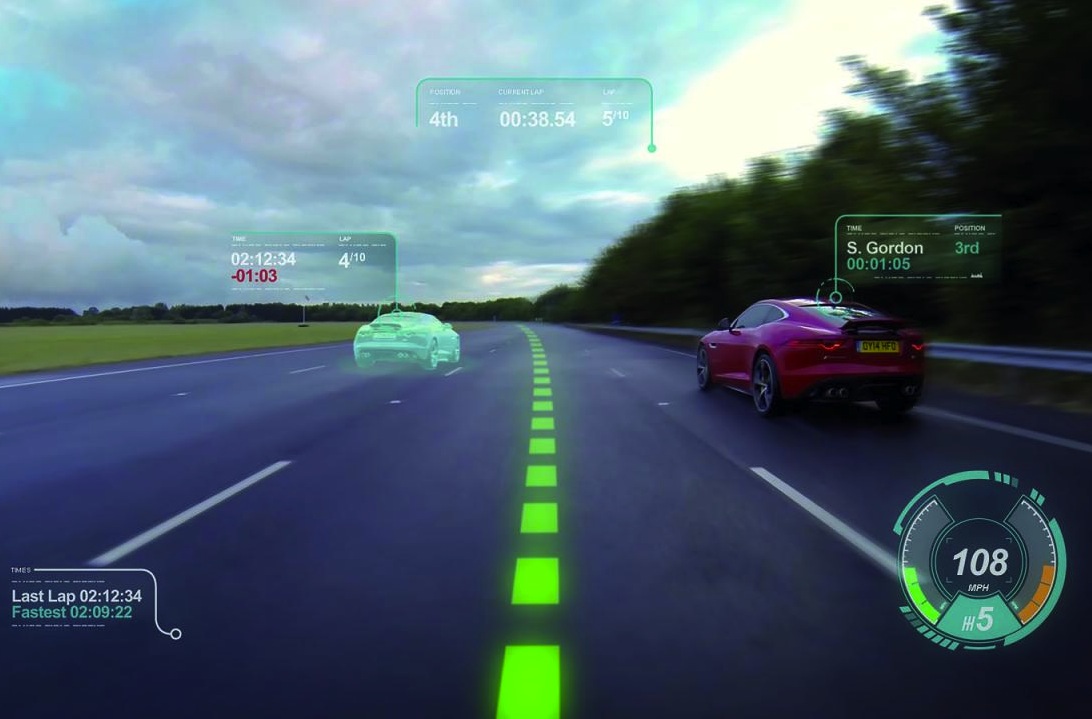 Jaguar Land Rover is ramping up its safety technologies to compete with strong rivals from Germany and Japan. The latest system, called Virtual Windscreen, takes head-up display to an all-new level. 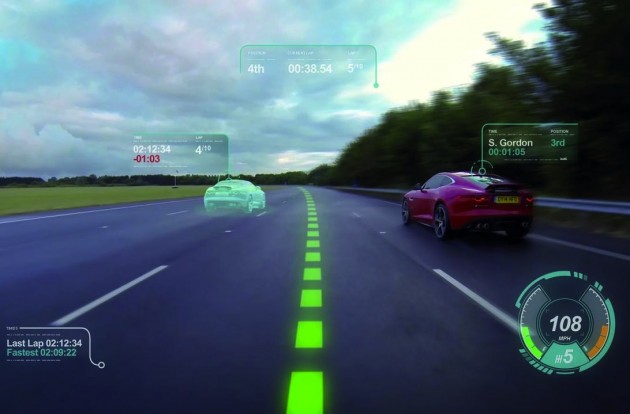 The entire windscreen becomes the view for the head-up display system. It’s capable of showing information such as the car’s status and speed, as well as being capable of pointing out obstacles and potential hazards, and running driving courses.

Not only will the technology be handy for increasing safety on the roads, it also has benefits for driving enthusiasts and race track driving. Jaguar says features such as virtual cones and racing lines are possible, even a display of a ghost car of the fastest lap is possible, like a computer game.

Dr Wolfgang Epple, director of research and technology at Jaguar Land Rover, spoke about the amazing technology in a statement, saying,

“We are working on research projects that will give the driver better information to enhance the driving experience. By presenting the highest quality imagery possible, a driver need only look at a display once.

“Showing virtual images that allow the driver to accurately judge speed and distance will enable better decision-making and offer real benefits for every-day driving on the road, or the track.”

The British company has released a demo video to help us all better understand the system. See below.