Makers of the insane Zenvo ST1 supercar, Denmark’s HBH, have come up with a HBH Bulldog GT based on the Aston Martin V12 Vantage. The Bulldog GT is inspired by the original 1980 Aston Martin Bulldog. 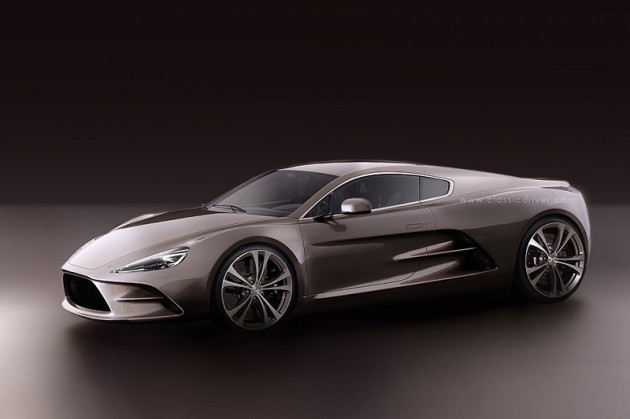 The engine is a twin-supercharged version of the 6.0-litre Aston Martin V12, developing around 485kW (650hp) of power and 742Nm of torque. HBH says the Bulldog GT will be able to do 0-100km/h in 3.9 seconds and achieve a top speed of 300km/h. It also comes with a six-speed manual transmission and a rear-wheel drive driveline with a limited-slip differential at the back.

The idea behind the concept was to build a car that offered Aston Martin-like elegant looks but at the same time the thrill and speed of an all-out supercar. Head of design at HBH, Christian Brandt, recently spoke about some of the considerations in coming up with the project. He said,

“In other design projects where we started with a blank sheet of paper, the process was easier and faster, as there were so few limitations. However, in the case of this Aston-based supercar we had to respect everything from the brand and design heritage of Aston Martin, through to the demands of a 2012 supercar client. It has been a challenging process; but we know it was time well spent, getting every detail right.”

Perhaps the most interesting aspect to the HBH Bulldog GT is the fact that only one will be made, at least initially, making it one of the most exclusive supercars around. If there is an influx of orders for the creation though, HBH may produce more.

The company is set to commence testing of a prototype version in around one year.

What do you think of it? Would you prefer it over an Aston?