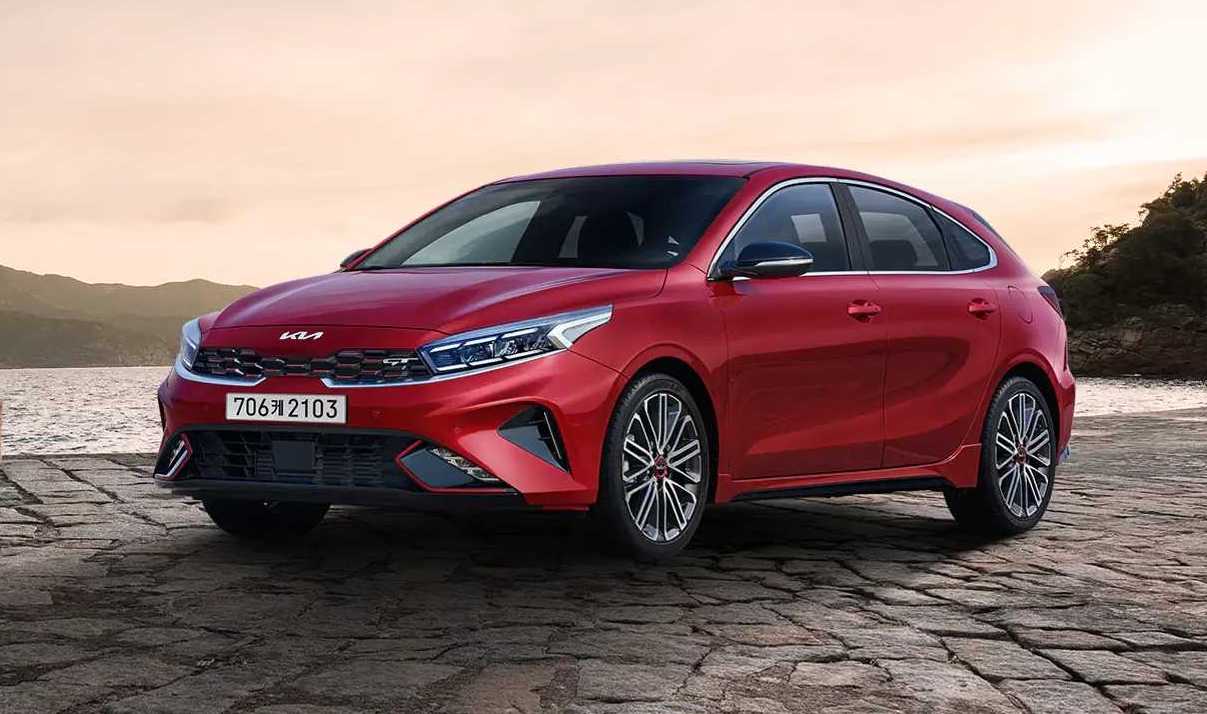 Kia Australia is introducing the new-look 2022 Cerato, and has confirmed local prices and lineup details. It comes in as the first model in the Aussie showroom to wear the brand’s redesigned badge. 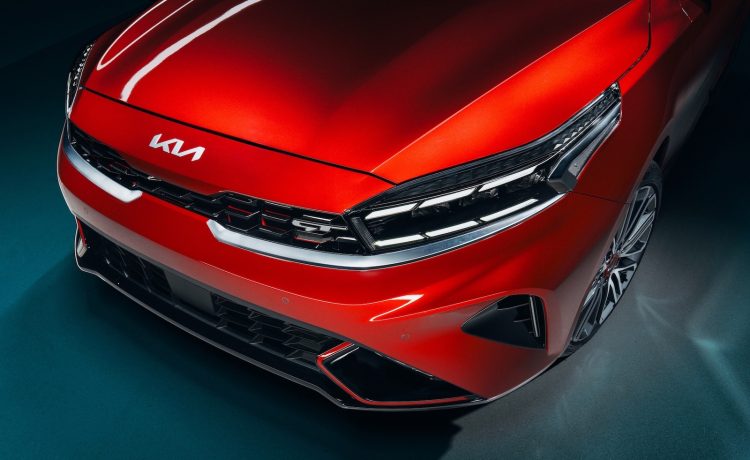 The new model is yet to be fully revealed in Australian specification, but the local arm has sent out a teaser of the front end of the GT (above) and an image of the GT’s interior – we’ve included a couple of images of the new overseas-spec K3 GT for reference.

The new model gets new-look headlights and central grille, and redesigned front bumper bar and fog light clusters. At the back, Kia says the hatch will continue “largely unchanged” from the outgoing model, in terms of design, while the sedan brings in new taillights, boot and rear bumper bar. 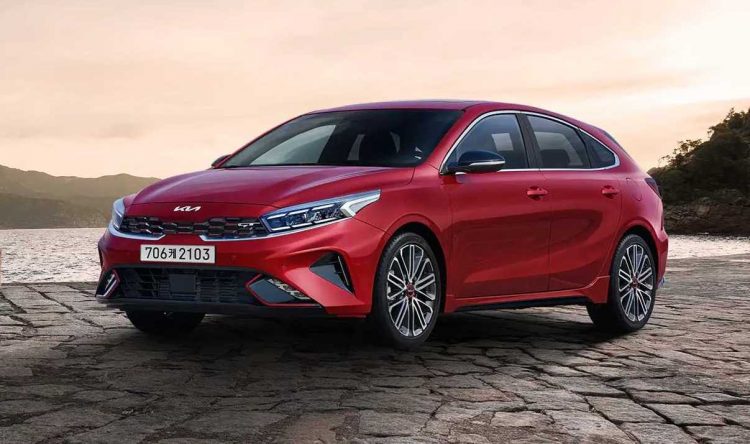 Four main variants will be available, spanning from the S, Sport, Sport+, and the flagship GT. All but the GT feature a 2.0-litre ’Nu’ four-cylinder petrol engine that produces 112kW and 192Nm, carried over from the outgoing model. The GT continues with a 1.6-litre turbo as well, developing 150kW and 265Nm.

As standard, all variants now come with LED daytime running lights, lane-following assist, and rear seat alert. Rear seat climate vents are also introduced across the board. Stepping up to the Sport+ and GT adds blind-spot collision avoidance technology, an electric park brake, while the GT adds a slide sunroof. 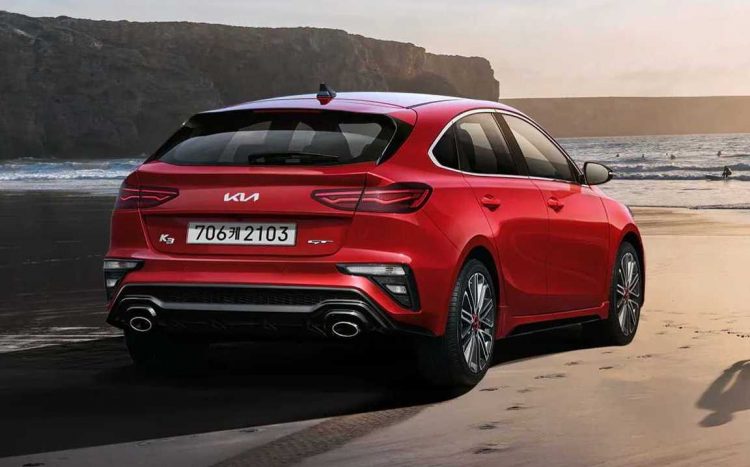 Moving up to the Sport variant brings in a new 10.25-inch touch-screen which includes sat-nav with SUNA traffic updates and digital radio, along with 17-inch alloy wheels, and a premium steering wheel and gear selector. The Sport+ then adds leather seats wth heating functions in the front, keyless entry and start, adaptive cruise control, and dual-zone climate control. 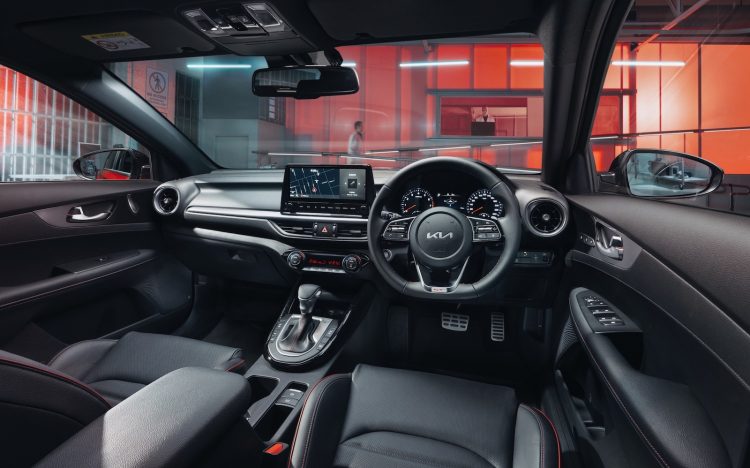 Kia says further details regarding the top-spec GT will be announced closer to its launch in June. The rest of the range is on sale now from the following prices (excluding on-road costs):

UPDATE: Kia Australia has now provided details for the GT. It features the same 1.6-litre turbo engine as before, producing 150kW and 265Nm. This is sent through a seven-speed dual-clutch auto as standard, with no manual option. The local arm has retuned the suspension to dial in a bit more comfort without losing its sporty feel and level of agility. Prices are included above (same price for sedan and hatch).