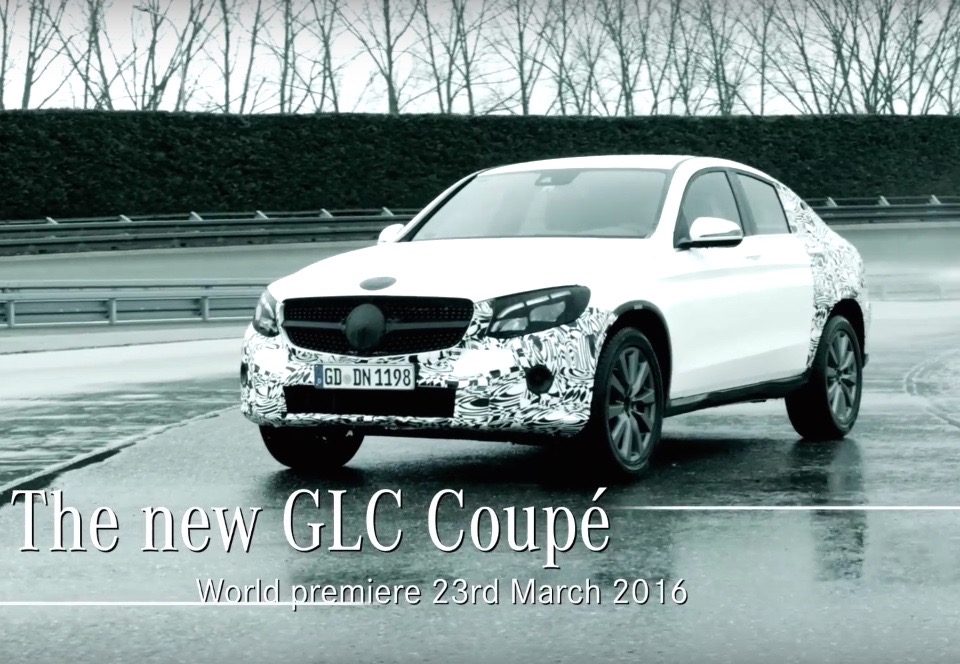 Mercedes-Benz will unveil its new GLC Coupe SUV at the New York Auto Show next week. This will be the company’s answer to the BMW X4. 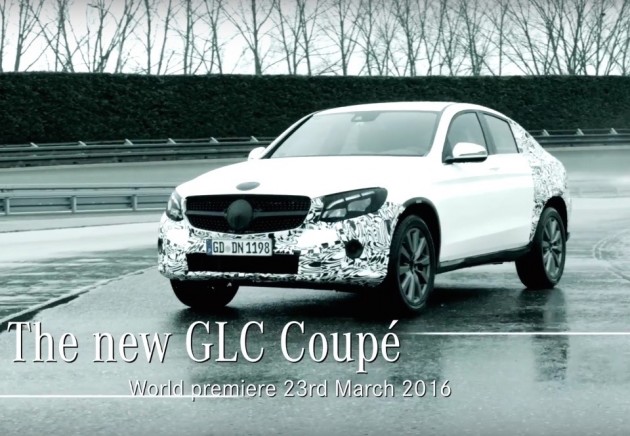 Based on the GLC, which is Mercedes’s mid-size SUV belonging to the same family as the C-Class, the GLC Coupe features the fashionable swooping roofline and four-door coupe layout.

The teaser video below gives us a decent look at the new model which appears to carry over the exact design of its bigger brother, the GLE Coupe, only shrunken down a little bit.

At the front is a similar set of headlights and grille as the regular GLC, while the back incorporates a steeply raked tailgate/hatch with unique taillights and a more sporty lower section.

A range-topping GLC 43 Coupe is likely to join the lineup as well, bringing AMG’s new 3.0-litre twin-turbo V6 to the mix. It generates 270kW in the regular GLC 43, offering a class-leading 0-100km/h time of just 4.9 seconds.

All will be revealed at the big event on March 23, followed by market entry later in the year.