After a number rumours and spy shots, the open-top version of the Ferrari 458 Speciale has finally been officially revealed. It adopts the name 458 Speciale Aperta. 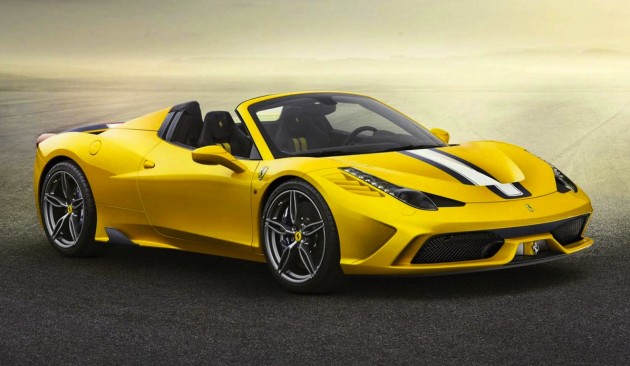 Essentially a more exciting and more glamorous version of the epic 458 Speciale, the Aperta, or Speciale A as it’s also known, is now the quickest open-top Ferrari and the most powerful spider production car the Italian company has ever made.

In the engine compartment is the same glorious 4.5-litre naturally aspirated V8 as seen in the coupe Speciale. It’s Ferrari’s most powerful V8 it has ever made as well, producing 445kW of power at an ear-pinching 9000rpm, and 540Nm of torque at 6000rpm.

Like the coupe, the Aperta uses advanced aerodynamics with some elements that adapt to increase downforce and grip at high speed, while a high-strength chassis is as rigid as they come thanks to the extensive use of 10 different aluminium alloys.

Overall weight stands at 1340kg, making it just 50kg heavier than the coupe version. Part of this minimal weight gain is down to the aluminium roof which can be retracted or lifted in just 14 seconds. 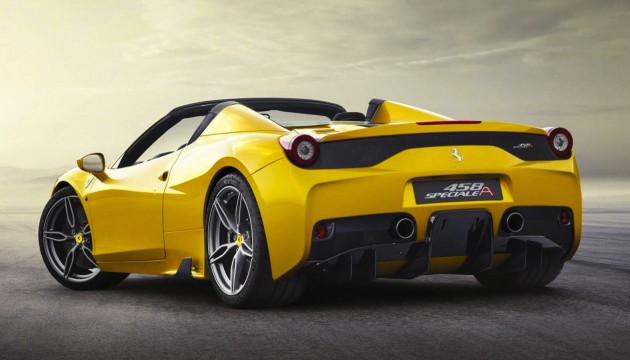 To celebrate the announcement of the new model, Ferrari is showcasing a unique tri-colour yellow livery with Blu Nart and Bianco Avus stripes, with special five-spoke forged wheels in Grigio Corsa.

The public will get its first chance to see the new model in the metal at the official debut at the 2014 Paris Motor Show, starting October 2. It looks like it’s come just in time for the Aussie summer.