MINI has apparently locked in the Paceman name for the upcoming two-door version of the Countryman compact SUV. The coupe was previously going to be called the Countryman Coupe. 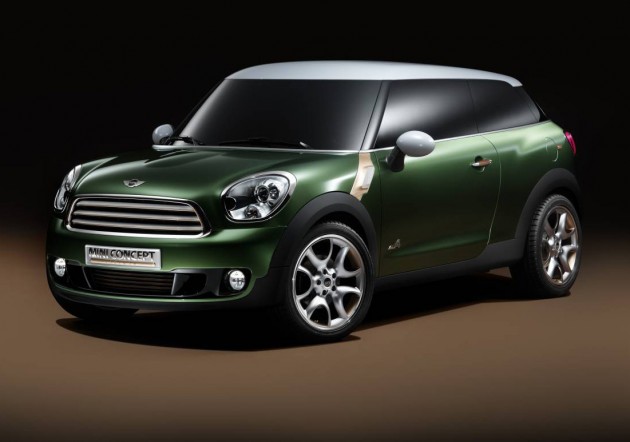 According to a recent Car and Driver report, MINI has changed its mind and will call the new coupe the Paceman. The name was first used on the concept version of the car at the 2011 Detroit Auto Show.

So, what is it exactly? MINI has been expanding its range rapidly over the past few years, with the introduction of the Clubman wagon, then the Coupe and Roadster, and more recently the Countryman off-roader.

The Paceman will be more sporty version of the Countryman, with four seats, complete with the jumped up body and ALL4 four-wheel drive system.

Power is likely to come from the same range of four-cylinder engines as the Countryman, including the 1.6-litre naturally aspirated four with 82kW, up to the 135kW turbocharged S variant. A John Cooper Works version is also expected.

Prototype versions of the crossover have been spotted out on the streets undergoing testing, with the latest versions spotted said to be in almost-production guise with little camouflaging. The production model is set to arrive during mid-2013.