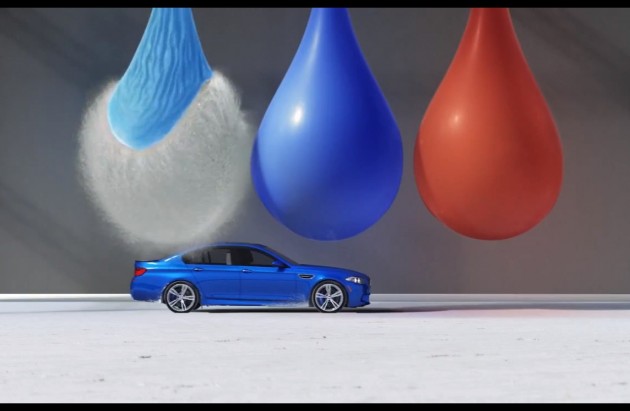 The video was filmed on the Bonneville salt flats, and involved capturing the mighty new twin-turbo V8 M5 flying past and through huge objects at speeds of around 250km/h.

It starts with the M5 doing a bit of a burnout in a huge tunnel (gun barrel) before shooting out of it at speed. The M5 then smashes through a massive glass apple, and then pops a trio of M-themed water balloons.

It’s a beautifully made piece, as super slow-motion videos usually are. Click play below to take a look.