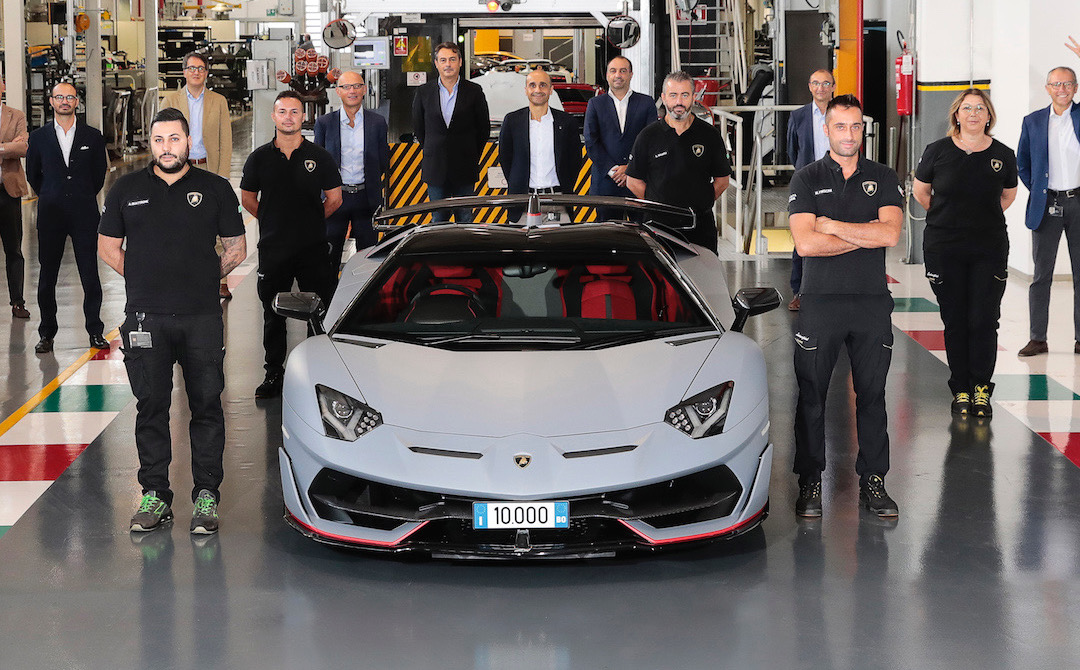 Production of the mighty Lamborghini Aventador has just hit an impressive 10,000 units, making it the most successful V12 Lamborghini ever conceived. 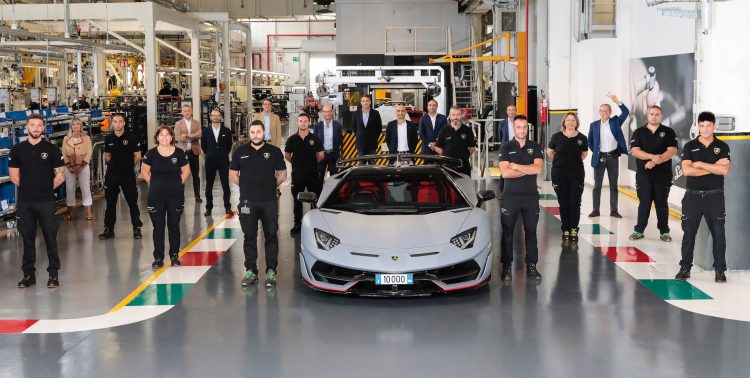 The 10,000th example has just rolled out of the company’s legendary factory in Italy, almost ten years after the very first example hit the scene in 2011. Specifically, the milestone vehicle is an SVJ Roadster coated in Grigio Acheso grey, featuring Rosso Mimir red livery.

Set to be shipped off to the Thai market, the vehicle also showcases a special Rosso Alala red interior specified through Lamborghini’s Ad Personam division. The division is responsible for all unique customisations and enhancements options, giving buyers essentially a tailor-made experience.

Lamborghini launched the Aventador in 2011 and then the Roadster version in 2012. Since then, there have been a number of new variants and special editions roll out, including the Aventador S and SVJ. Although, just 900 examples of the SVJ are being made.

With 10,000 units produced, the Aventador becomes one of the most popular models ever for Lamborghini. However, the V10 models have been more successful, perhaps understandably due to their slightly more affordable price and somewhat more practical nature.

In October last year the Huracan overtook the Gallardo to become the company’s most popular model ever, exceeding 14,022 units. The Urus is likely to trump that soon though, hitting 10,000 units in July. That’s after just two years on the market.

We can’t see how many of the 10,000 Aventadors have landed in Australia as VFACTS new vehicle registration figures only count Lamborghini “Coupe/Convertible”. This can obviously include the Huracan. So far this year (through August), there have been 42 new coupe/convertible units registered, and 31 examples of the Urus.