BMW has revealed another limited edition of the current generation BMW M3, called the BMW M3 Lime Rock Park edition. It comes with a smattering of tasty highlights. 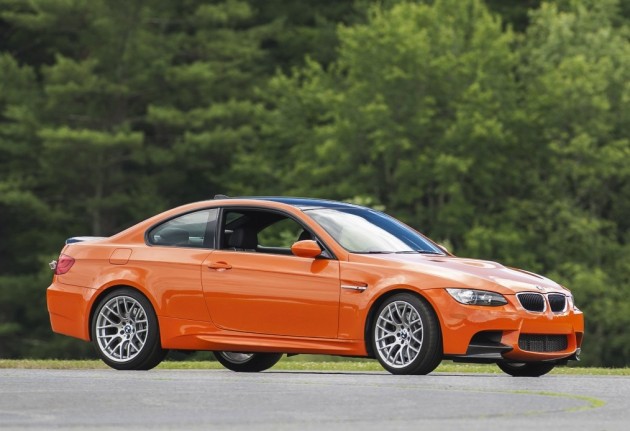 The all-new M3 is only around one year away now. So to help build up anticipation for the nameplate, and to finish up production of the current model, BMW has announced yet another special edition. This time it’s named after the Lime Rock Park circuit in the US, a circuit which has a long history with BMW.

Although the 4.0-litre naturally aspirated V8 engine is unchanged, the limited edition does come with a few desirable features. It gets a titanium exhaust system to reduce weight and to give the V8 a crisper bark, and the Competition Pack which includes carbon fibre spoilers in the front end and a matching carbon rear lip spoiler.

The Lime Rock exterior is also coated in a bright fire orange paint scheme to really set it apart from the standard M3, while a set of lightweight 19-inch mesh-style alloy wheels top it all off.

BMW is planning to build just 200 of these models. It’s understood they will only be available in the North American market.