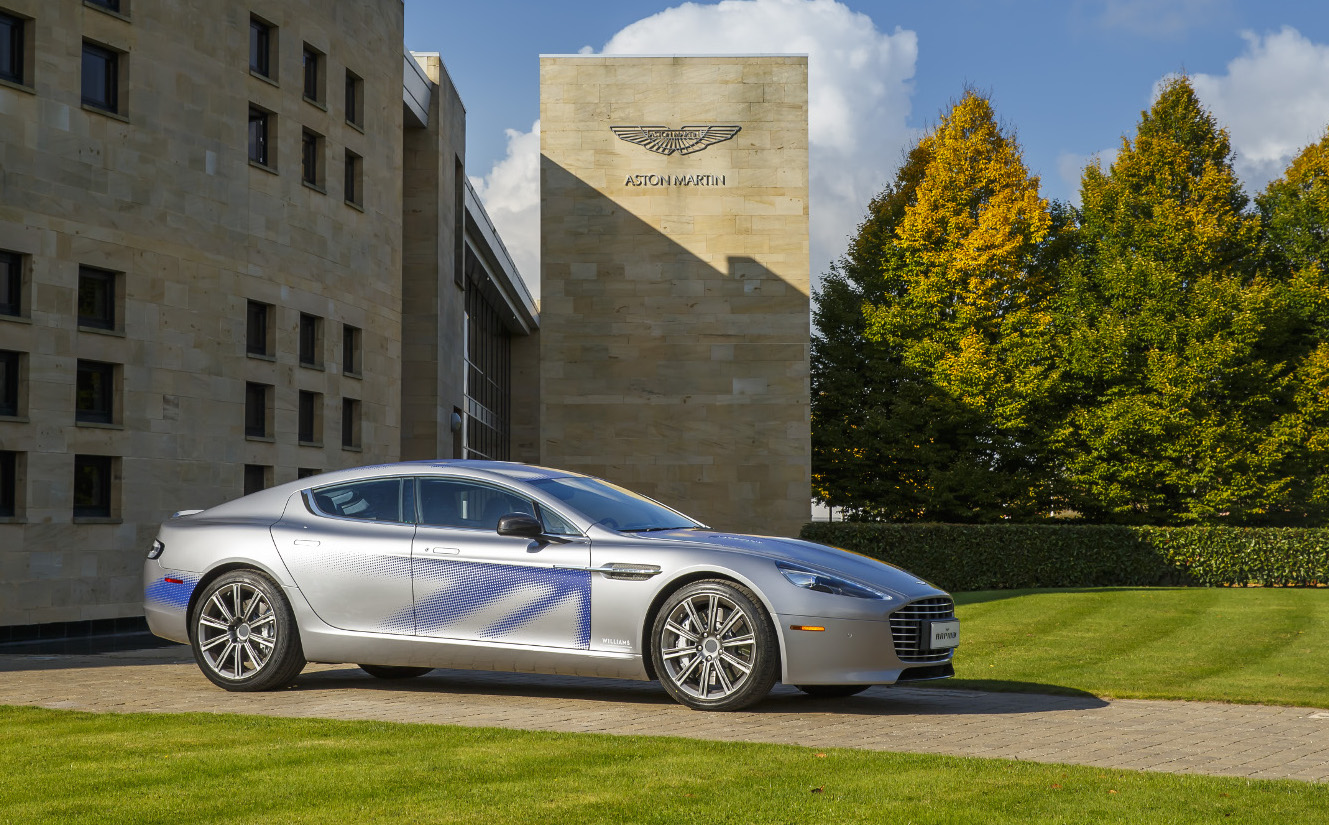 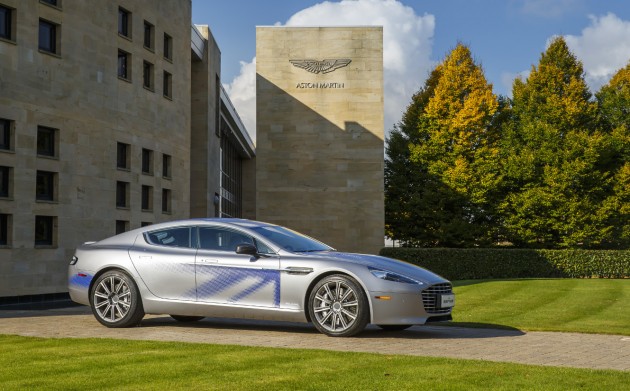 We heard earlier this year Aston Martin was aiming to release a fully electric version of the Rapide in the coming years. Although it hasn’t been officially confirmed, CEO Andy Palmer spoke about this concept, saying,

“The exciting RapidE concept tangibly demonstrates the capability and ambition of Aston Martin towards developing low- and zero-emission sports cars.”

It uses an electric system developed in part by Williams Advanced Engineering. Output figures and such haven’t been mentioned. However, the eventual production version is rumoured to offer around 597kW (800hp), and a range of about 320km.

The regular Rapide V12 is rear-wheel drive but for the electric version we are likely to see an all-wheel drive system to contain the power and instant torque.

As for the design of the RapidE concept, it’s basically the same as the regular Rapide. The front end uses a large horizontal grille in traditional Aston Martin form, while the rear half of the body swoops down in a fashionable four-door coupe theme.

If Aston Martin decides to go ahead with a production version, it could appear within the next two years. Watch out, Tesla.