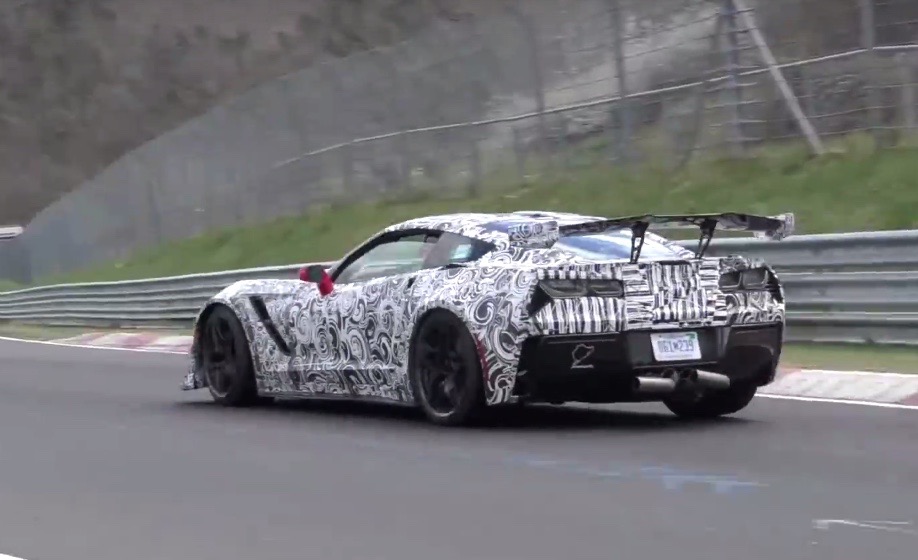 The Nurburgring is open for another season of testing, and it looks like Chevrolet is keen to get started on honing the 2018 Corvette ZR1 at the legendary circuit. 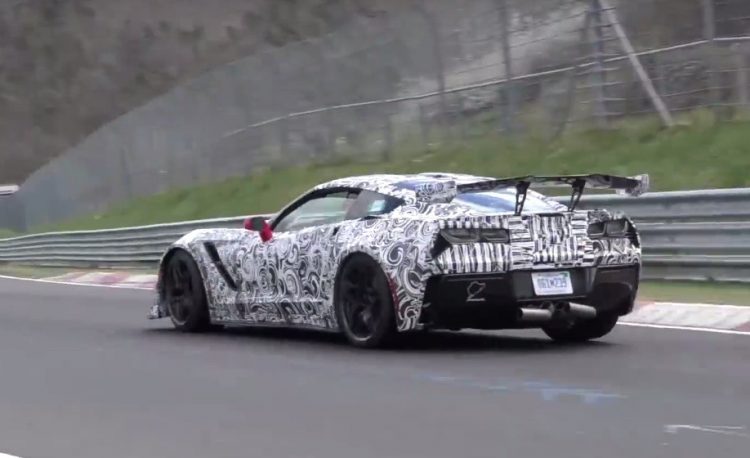 It’s believed Chevrolet is developing a new ‘LT5’ V8 engine for the next ZR1, apparently of 6.2 litres capacity. The new unit is rumoured to step away from the traditional (old-fashioned) pushrod-style valvetrain and instead switch to a double overhead cam design.

The new motor is also set to come with variable valve timing and SIDI direct injection. Forced induction is more than likely, but there is talk of the ZR1 switching from a supercharger to a twin-turbo setup. GM is producing more and more twin-turbo technologies, recently introducing Cadillac twin-turbo V6 units.

Even if it does switch to turbocharging, the video below seems to prove there will be plenty of noise from the iconic muscle car. In this case the prototype appears to be wearing a temporary side-exit exhaust arrangement for testing purposes.

In the video we also get to hear the fast-changing automatic transmission. The unit shifts suspiciously quick, like a dual-clutch unit. There has been speculation that Chevrolet will indeed use a dual-clutch job for the next ZR1, which should help it produce some very exciting performance figures.

More details are expected over the next few months, with a full reveal potentially taking place at the end of the year. Take a look below for a preview.