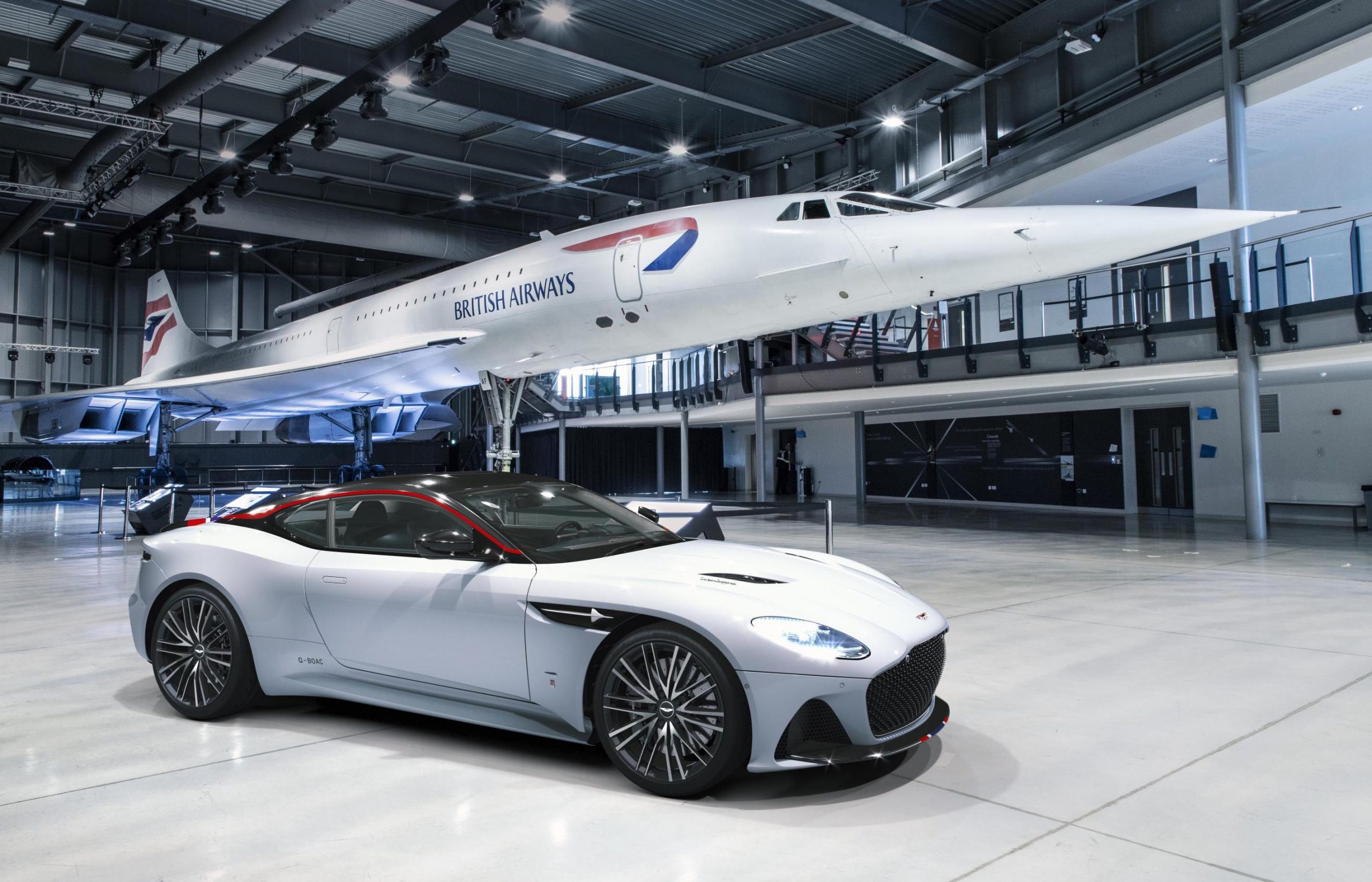 Welcome to the Aston Martin DBS Superleggera Concorde edition. It’s the latest project from Q by Aston Martin, the brand’s bespoke customisation division, and it’s been designed to help celebrate 50 years since the first flight of the supersonic passenger airliner. 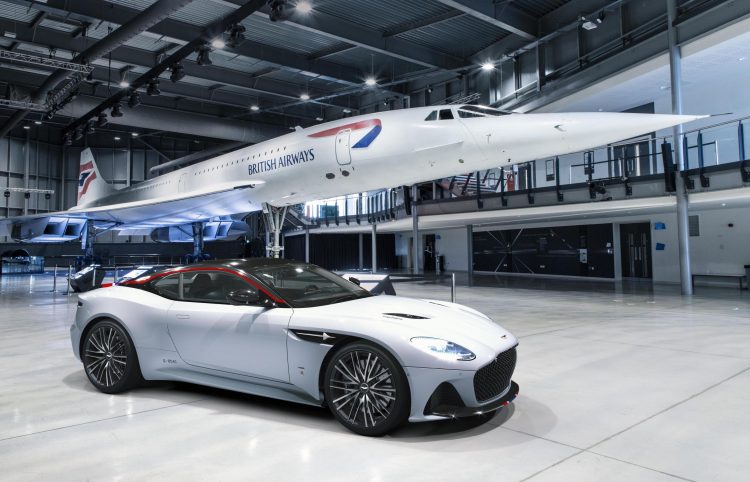 The DBS Superleggera is already a serious bit of gear, and a very exclusive one. But Q has worked on that to make it even more exclusive, fitting some features that customers could potentially option for their regular DBS. It was all commissioned by Aston Martin Bristol, which is just down the road from Aerospace Bristol, where the British Concorde was produced.

For the exterior you might notice the side strakes which are milled from solid aluminium. There’s also a special black tinted carbon fibre roof which features a Concorde silhouette, while various parts of the body have been colour-coded to match the colours of British Airways. 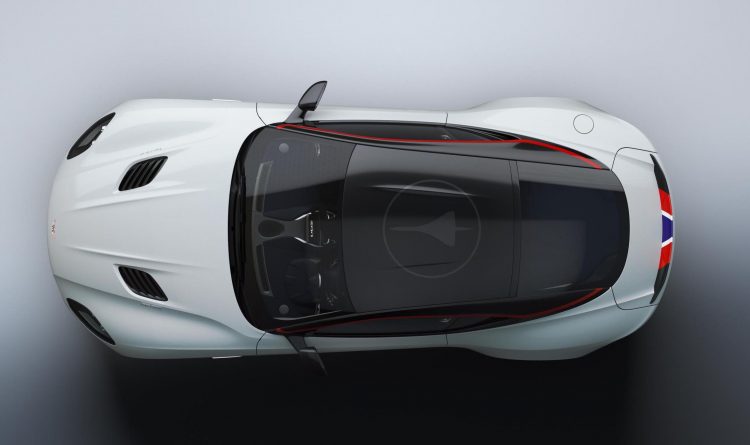 Topping off the outside, the British Airways ‘Speedmarque’ logo is featured on the front guards. It was crafted by Q, with black enamel infill. Each example of the car is also certified with a special Civil Aviation Authority aircraft identifier number and inspection plate signed by Aston Martin boss and British Airways chairman.

As for the inside, the front seats showcase Concorde logos, the driver’s side sun visor has an embroidered Mach Meter, and the headliner, made from Alcantara, features a printed graphic of a sonic boom. The paddle shifters are also made from titanium from Concorde compressor plates, and the seat belt buckle badges are milled from solid aluminium. 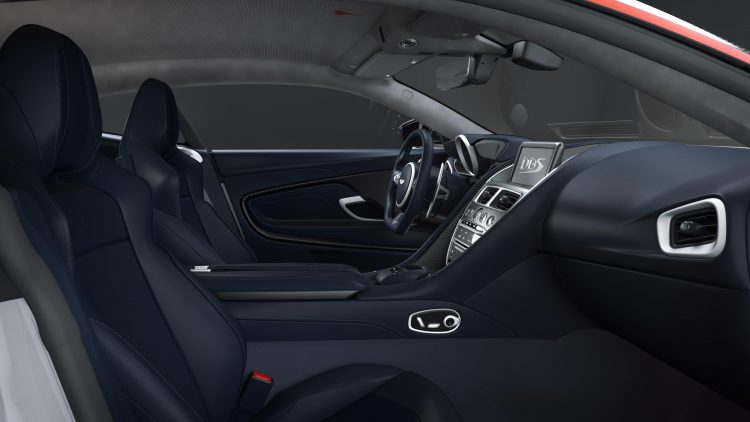 No changes are made to the hardware underneath or to the powertrain. But that’s no bad thing as the DBS Superleggera uses a 5.2-litre twin-turbo V12 that produces 534kW and 900Nm. It’s able to propel the DBS from 0-100km/h in just 3.4 seconds. Speaking about the special edition, Marek Reichman, executive vice president and chief creative officer at Aston Martin Lagonda, said:

“It’s only fitting that our great British sports car brand marks the achievement of the incredibly dedicated, talented and ambitious teams of British and French scientists, engineers, designers and aircraft workers who made Concorde, and supersonic air travel, a reality in our skies 50 years ago.”

Aston Martin is planning to produce just 10 examples of the DBS Superleggera Concorde edition, and all are available to purchase through Aston Martin Bristol. Part of the proceeds from each sale will be donated to Air League Trust, which aims to teach under-privileged children how to fly, and provide support for work in engineering.