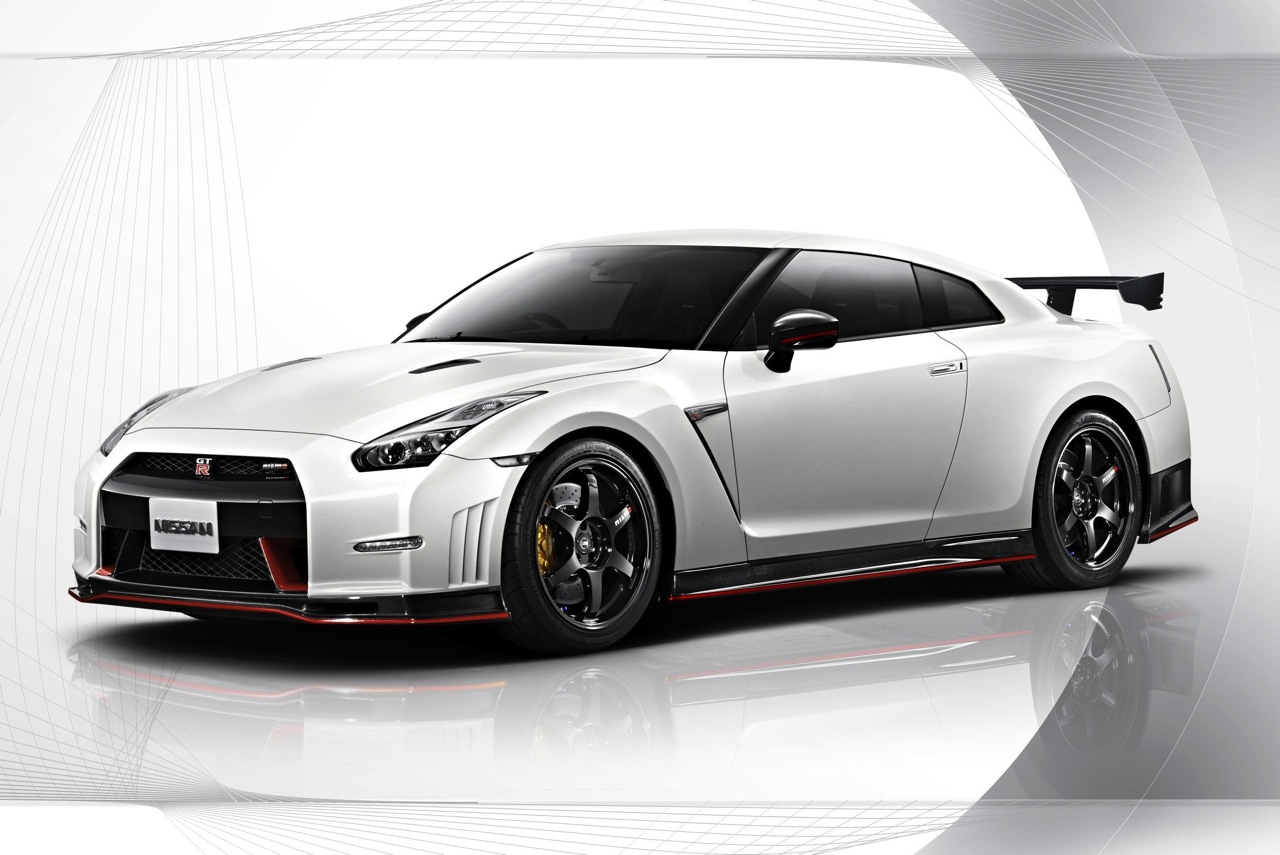 It’s official, the 2014 Nissan GT-R Nismo is the world’s fastest volume production car around the Nurburgring. The just-unveiled 300km/h supercar is the new benchmark for unbridled high performance motoring. 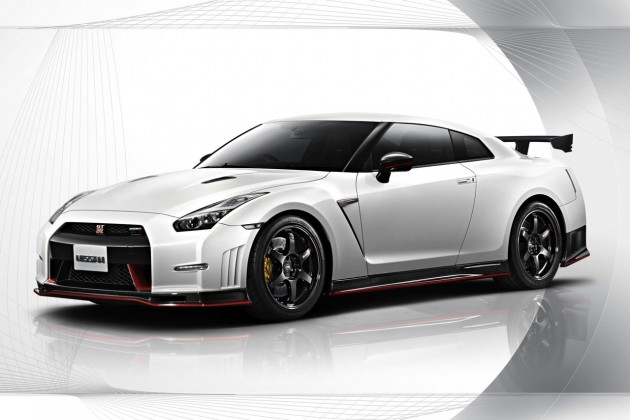 As revealed yesterday, the GT-R Nismo takes the regular GT-R’s foundations and turns them all up to ballistic levels.

The engine has been tuned and tweaked to produce 441kW and 652Nm. The body and aerodynamics have been honed to provide up to 100kg of downforce. While the brakes and suspension have been optimised for ultimate track use.

Body rigidity has also been increased over the regular GT-R through adhesive bonding and spot welding, while the anti-roll bar at the rear is a 17.3mm hollow item helping to raise roll stiffness and reduce vehicle weight.

Inside, the Nissan GT-R Nismo comes with carbon fibre Recaro seats, a bespoke Nismo steering wheel, carbon-like inserts and Alcantara trimmings, and red stitching to give it a distinctive racer look.

Acceleration times for 0-100km/h haven’t been mentioned. However, during the final testing phase Nissan racing driver Michael Krumm took the new model around the Nurburgring in an astonishing 7:08.679. This makes it one of the quickest road-legal cars to ever lap the famous circuit, and the quickest volume production car ever. Krumm spoke about the monumental achievement, saying,

“We had a fantastic time attacking the Nurburgring. I had so much fun out there. The car gave me so much confidence, but also it is really enjoyable. The Nissan GT-R Nismo is a really engaging, rewarding car and, of course, super-super-fast.

“The weather was perfect. Cool. No rain. Not too windy. We had the afternoon to try for the record. The car was in road trim. The Nissan GT-R Nismo with track options was used.”

Unfortunately, Nissan Australia has no plans to introduce the new version locally any time soon. It will go on sale in Japan though in December, before hitting European and US markets early in 2014.