As reported earlier today, Infiniti is getting set to launch in Australia with two models; the Infiniti M sedan and the Infiniti FX SUV. Full prices and specifications of the local M model have now been announced. 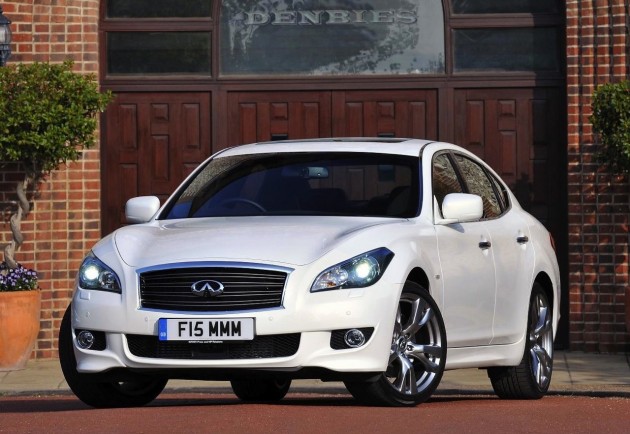 In Australia, we will get the M37, M30d, and the performance and fuel-efficient M35h hybrid. Prices start at $85,900, which makes it quite a reasonable contender against the German rivals. (Full prices at the bottom of this page.) 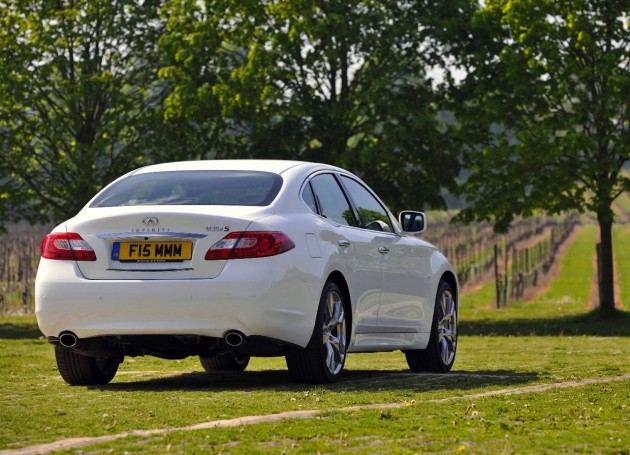 If you really want to get efficient, you’re in luck as the most efficient M in the range is also the quickest. The Infiniti M35h is powered by a 3.5-litre V8 engine matched up to a hybrid electric motor system. Power for the petrol engine is rated at 225kW with 350Nm of torque. With the addition of the electric motor assistance, power is boosted by 50kW and torque by 270Nm. Overall power is officially rated at 268kW.

All models are rear-wheel drive and come with a seven-speed automatic transmission.

These models are then split up into three different trims; GT, GT Premium, and S Premium.

In standard GT form (only available with the M37 and M30d), the level of standard kit is impressive. It comes with a 10-way power driver’s seat with two memory settings for the steering wheel, side mirrors, climate and seat adjustments.

The GT also gets an electric sunroof, dual-zone climate control with a ‘Forest Air’ system, heated and ventilated front seats, and a heated steering wheel. In terms of in-car entertainment, it features a comprehensive 10GB audio system with a 30GB satellite navigation eight-inch colour screen. 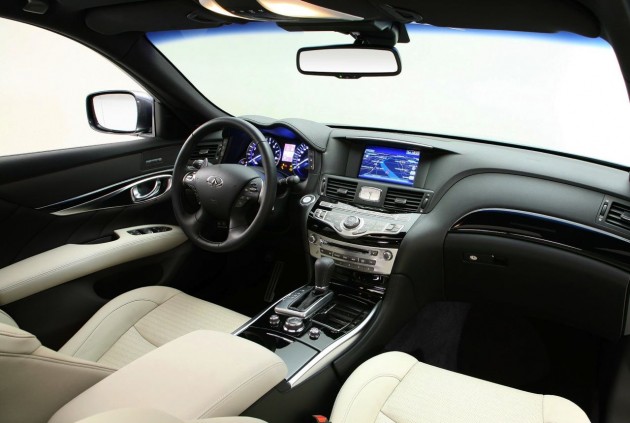 Stepping up into the S Premium (only available with the M37 and M30d), added features include a Bose 16-speaker sound system, sports seats, sports suspension, beefier brakes, active four-wheel steering, sporty exterior highlights, and a host of safety technologies.

For the GT Premium, this is for the M35h hybrid only. It adds an ‘Eco Pedal’, an electric rear blind, and the same audio and safety features as the S Premium above.

Prices for the new M sedan in Australia are as follows (excluding on-road costs). Deliveries are set to commence in late August.