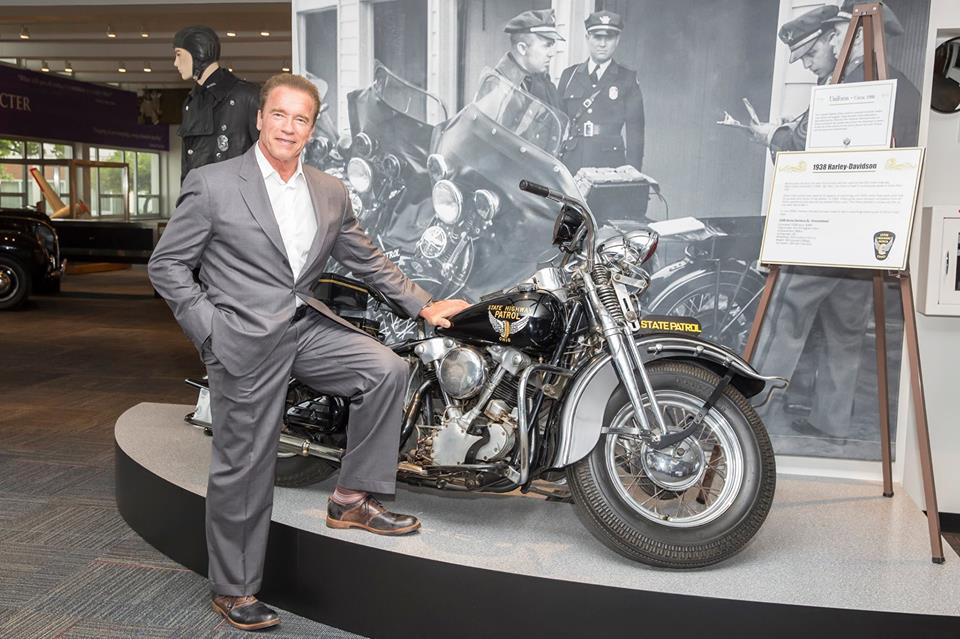 Former Governor of California and Hollywood movie star Arnold Schwarzenegger has taken time to visit the Ohio State Highway Patrol’s Academy museum during a recent trip to the country’s north. 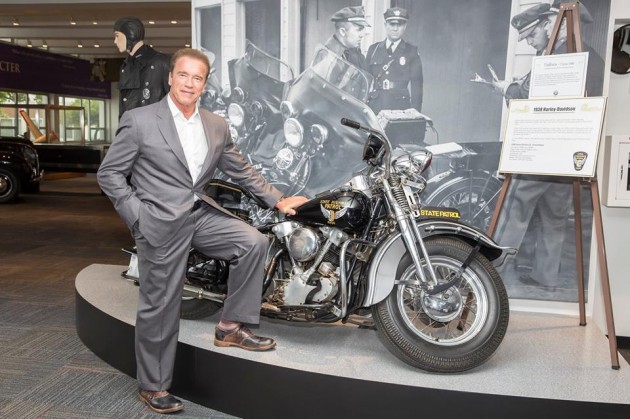 During his visit, Schwarzenegger posed next to a 1938 Harley-Davidson and an old 1930s Chrysler that were previously used to chase down baddies – many moons ago. There’s something bad ass about seeing Arnold next to a Harley-Davidson, however, he appears to have ditched the leathers and shotgun he donned in Terminator 2.

Arnold didn’t visit the museum alone, opting to have his 39-year old partner by his side. The images also show the former Governor mingling with current and retired police officers.

Arnold’s visit to the museum came after he attended a ceremony at the Greater Columbus Convention Center to honour the Arnold Sports Festival which began 1989. The city’s council rededicated a previously-erected bronze statue, built to resemble Arnold during his Mr. Olympia days, to the ‘Austrian Oak’.