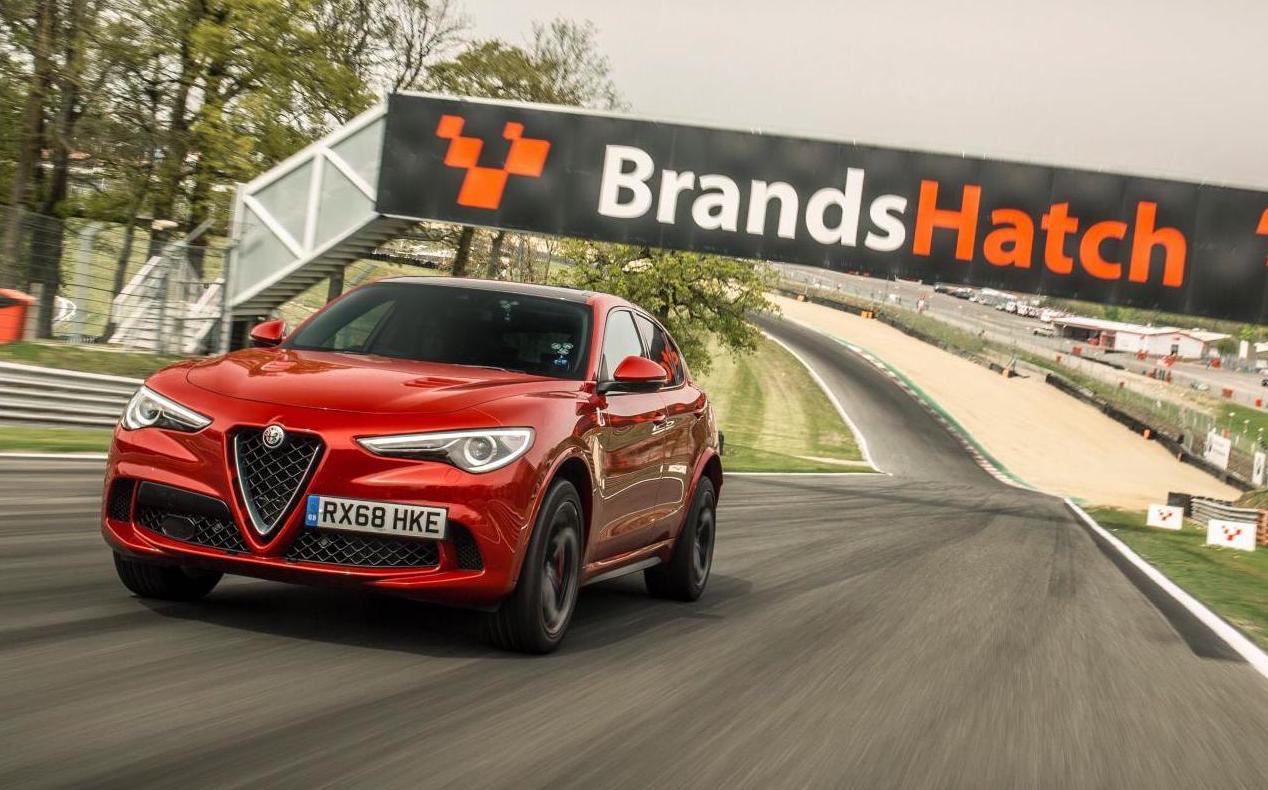 The Alfa Romeo Stelvio Quadrifoglio (also known as the QV) once held the Nurburgring lap record for a production SUV. Not happy with just one record, the corner-crunching SUV has now set benchmarks at some of the UK’s most famous race circuits, including Silverstone, Donington Park, and Brands Hatch. 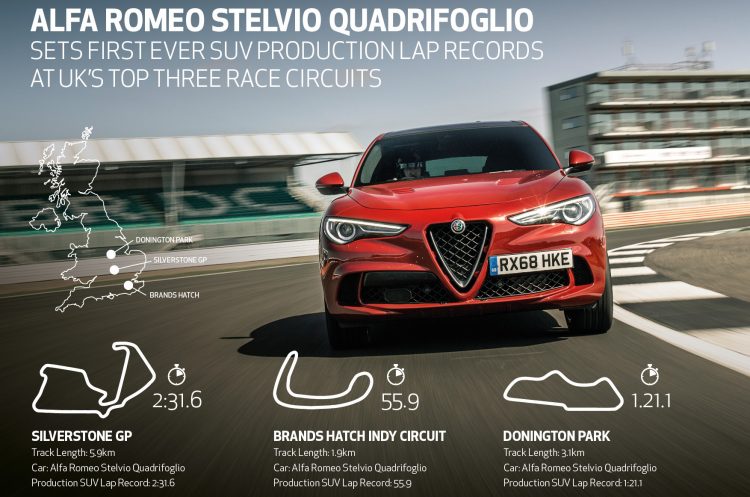 Alfa Romeo, with pro race driver David Brise behind the wheel, clocked a blazing lap around Silverstone in 2:31.6. The SUV also clocked a blistering sprint around Donington Park in 1:21.1, and around Brands Hatch Indy Circuit in 55.9 seconds. These are all record times for a production SUV. Although, it is the first time an SUV has officially attempted the feat. Speaking about the cracking effort, Brise said:

“Doing anything that is a first on track is exciting, but the Stelvio Quadrifoglio made it an even more enjoyable experience for me. The performance from this family SUV is astonishing, its handling characteristics were really confidence inspiring and totally at home on track. It gave me all the things I needed to extract the best possible lap times and establish the three records.” 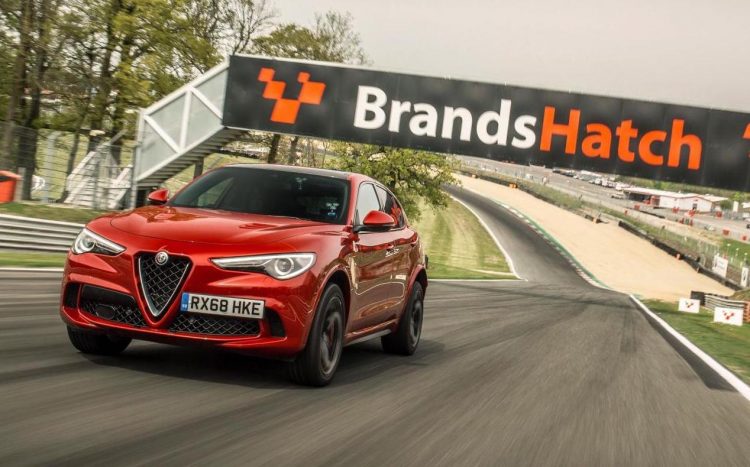 The example that set the lap times was a standard, unmodified model in complete production trim. Keeping in mind though, it does showcase plenty of performance credentials as is. Some highlights include a carbon fibre driveshaft and other lightweight construction initiatives, as well as a heap of hardcore components.

To refresh your memory, the Stelvio Quadrifoglio is powered by the same 2.9-litre twin-turbo V6 petrol engine that’s seen in the Giulia Quadrifoglio. It produces 375kW and 600Nm, and propels the SUV from 0-100km/h in a claimed 3.8 seconds. High-performance multi-piston brakes, adjustable sports suspension, and a 50:50 weight distribution also make up the package. 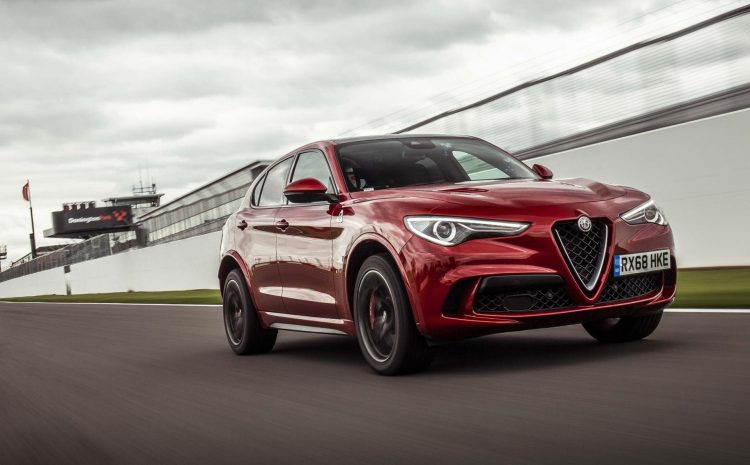 Alfa Romeo offers the Stelvio in a range of trim levels in Australia, including the QV which is priced from $149,900. It competes with the likes of the Mercedes-AMG GLC 63, the Jaguar F-PACE SVR, and the just-announced BMW X3 M Competition.

Check out the video below detailing the hot laps.