To commemorate 30 years since the 1988 launch of the first BMW M3 convertible, BMW M GmbH has announced the 2018 BMW M4 Convertible Edition 30 Years. 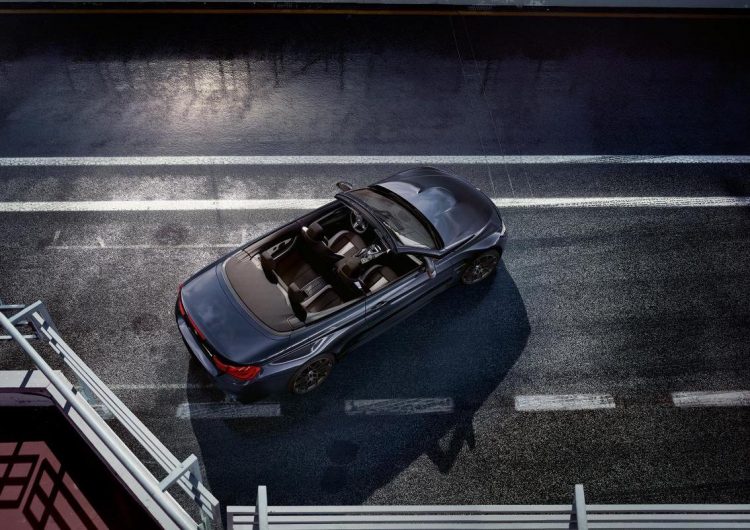 The car which started it all was the 1988 E30 BMW M3 Convertible, powered by a 2.3-litre naturally-aspirated four-cylinder producing an astonishing (for the time) 143kW. It then evolved into a six-cylinder with the E36 and E46 versions, before a brief flirtation with V8 grunt for the E93 of 2007.

Today, the BMW M4 continues the two-door lineage, but with a 331kW, twin-turbo 3.0-litre inline six-cylinder engine. This special edition model is available in two striking hues: Macao Blue metallic and Mandarin II uni which is a homage to the second-generation M3 convertible’s Dakar Yellow.

Additional touches include High Gloss Shadow Line accented surrounds for the kidney grille, side vents and badging. 20-inch star-spoke alloys are finished in an exclusive matt Orbit Grey for the special edition.

Inside, Merino leather trim is chosen to decorate the exterior, with a two-tone effect available when Macao Blue is chosen. Yellow stitching and carbon fibre inserts come standard and “30 Jahre Edition” embossed on the sills and headrests. Just 300 will be made.

At this stage it is unclear if the BMW M4 Convertible Edition 30 Years is coming to Australia but we will keep you posted, but it’s believed we will get a small allocation.

Mitchell was a contributing journalist and features writer at PerformanceDrive. He has been a passionate petrol-head from a very young age. He is excited by the future of the industry, and considers himself as a bit of a fanatic when it comes to the technical aspects of cars. He is also fascinated by new cars that are popping up in developing markets.