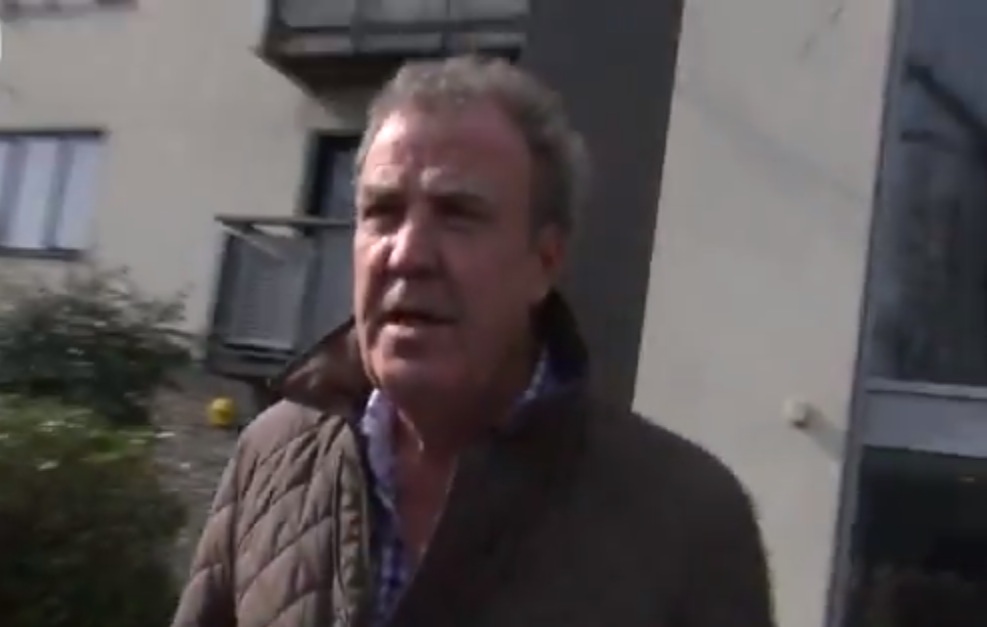 The BBC is reportedly dropping the remaining episodes of Top Gear’s latest series, following the altercation between Clarkson and a BBC producer.

Details regarding the situation are few and far between, but fellow Top Gear presenter James May has offered some insight into the confrontation that resulted in the suspension of Jeremy Clarkson, and the possible scrapping of three episodes.

When questioned whether Clarkson was innocent of confronting a BBC producer, he replied: “I think he’s been involved in a bit of a dust up, and I don’t think it’s that serious.”

May also confirmed that the ‘dust up’ in question occurred over a dinner in which he was not present, comically adding that he had no further information for the press because he was “blind drunk at the time”.

As for Clarkson, he was questioned outside one of his homes and jokingly said to the reporters, “I’ve been suspended haven’t I? I’m off to the job centre.”

The BBC’s decision to suspend airing the remainder of the season has infuriated fans. Jeremy Clarkson yesterday retweeted a tweet from a frustrated fan, who said: “@JeremyClarkson how can @BBC not show the remaining episodes of Top Gear, can’t this be resolved without making the fans suffer.”

This may well have struck a chord with many fans, with an online petition, hosted by change.org having collected almost 700,000 supporters. The campaign, found here, is named ‘BBC: Bring Back Clarkson’, and is constantly gathering strength.