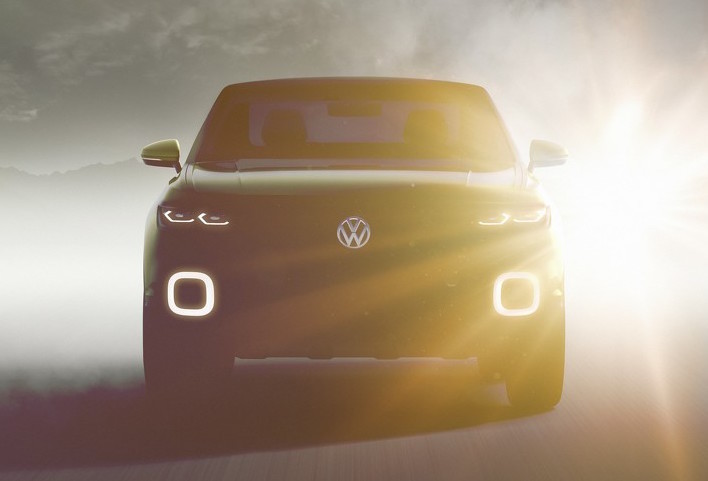 Volkswagen has released the first teaser image of what is believed to be an all-new baby SUV. Due to be officially unveiled at the upcoming Geneva Motor Show, the compressed SUV is set to slide into the Volkswagen lineup in the future below the Tiguan. 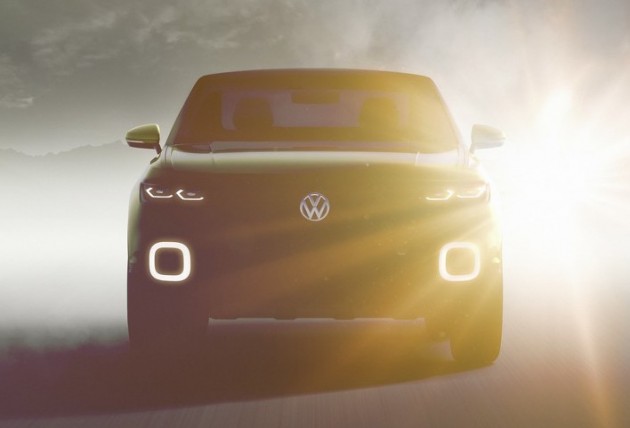 What may be a near production-ready concept, it is expected to use a version of the company’s widely-used MQB platform, which is set to receive some revisions for the next-generation Polo as well.

Volkswagen has offered no insight into the cabin aesthetic, other than the fact traditional buttons and knobs are to be replaced by touch-screens, as previewed by the BUDD-e concept from earlier in the year.

A production version will more than likely join the VW lineup by 2018. According to Volkswagen the concept provides a “realistic perspective on a completely new model series and at the same time on the future production model”.

The teaser shot is silhouetted but shows off an all-new headlamp design, alongside an intriguing fog lamp layout, with a tall grille giving it maximum road presence despite small proportions.

As you might be able to tell, details at this stage are extremely limited so we’ll be keeping our eyes peeled for the concept’s official unveiling at the Geneva Motor Show early next month. Stay tuned for more details.