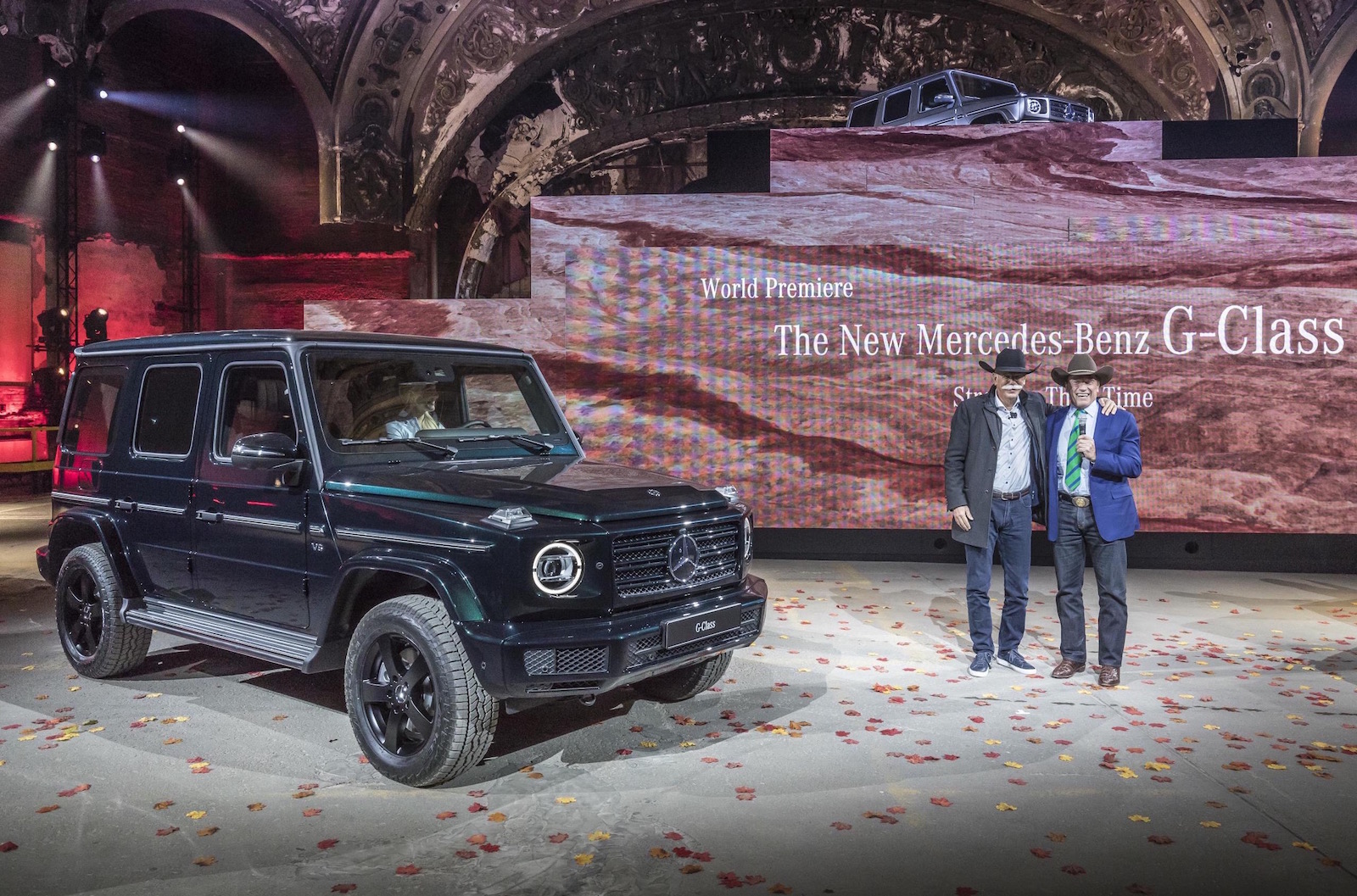 The 2019 Mercedes-Benz G-Class has been unveiled at the Detroit auto show, with a special presentation put together on the eve of the event with Arnold Schwarzenegger helping out with the festivities. 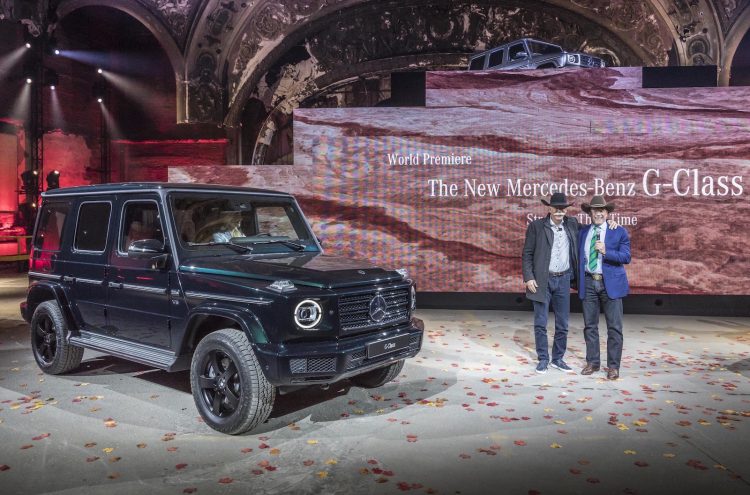 Schwarzenegger would have to be the ideal celebrity to help promote the new model, and not only because the vehicle is rugged, relentless and very strong, like Arnie, but also because it is born in the same place as Schwarzenegger.

Since 1972 the G-Class has been developed and built in Austria thanks to a partnership between Daimler-Benz and Steyr in Graz, Austria. Arnold was born in a town called Thal, which is just a few kilometres from the heart of Graz city.

Much of the new model has already been revealed with various leaks and teasers. And, as you can see, the new model carries over the robust, boxy shape of the original. However, it is larger than before, measuring 53mm longer and 121mm wider for even greater presence. 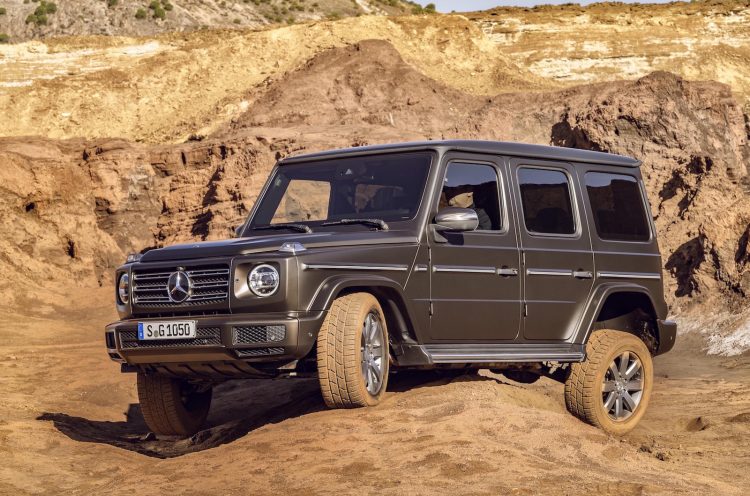 Fine design revisions were administered to help the body appear more seamless, like it has been cast from a single block. All surfaces have more tension, the company says, with narrower panel gaps and improved integration of the front and rear bumper bars, and the wheel arches look less like add-ons.

A lot of attention has been spent on the interior to bring it up to the company’s latest up-market look and feel. It now features circular climate vents in the front that are inspired by the new circular headlights, while the speaker grilles mimic the design of the indicators.

Of course, luxury and technology are also boosted. Mercedes is introducing two digital display screens that replace a traditional instrument dial cluster and media interface, as an option. Two 12.3-inch screens are used, like in the E-Class, providing a wide-screen effect for most of the dash. 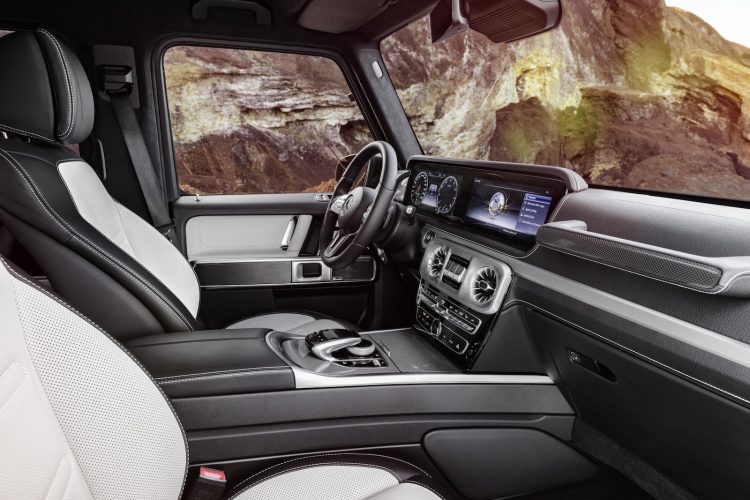 Some of the controls have also been relocated or eliminated for a cleaner look, with the three differential locks positioned as a trio of chrome-highlighted switches. Plenty of tradition is carried over as well, such is the case with the large grab handle in front of the front passenger.

Mercedes says with the increase in external dimensions the cabin space is also more spacious. Around 38mm has been added to front legroom, and 150mm extra in the rear, along with 38mm more shoulder space in the front and 27mm in the rear, with increased elbow space in the front and rear as well. The rear seats can be folded in 60, 40, or 100 per cent configuration for increased versatility.

As for the mechanical hardware, changes to the suspension and body have opened up up to 270mm of ground clearance, and up to 241mm clearance from the axles. Water wading depth is rated at 700mm, and the approach angle is 31 degrees with a departure angle of 35 degrees. Mercedes has turned to an independent front suspension system for the first time with the G-Class, which may upset some purists, using double wishbones, along with a live rear axle 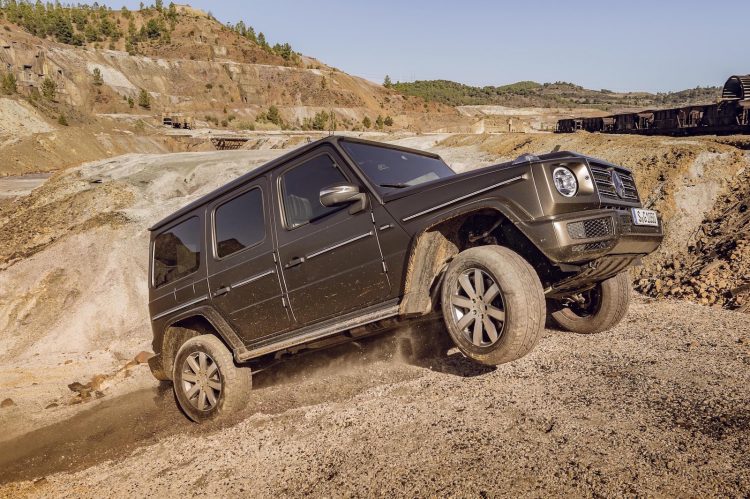 Initially, power will come from a 4.0-litre twin-turbo V8, badged the G 500, offering 310kW and 610Nm. It’s stamped with an official combined cycle fuel consumption of 11.1L/100km. From the engine, power is sent through a nine-speed automatic transmission, of course with all-wheel drive and various driving modes.

Mercedes-Benz will launch the new model in Europe in June, with an Australian debut not likely until at least the end of the year. Prices in Germany will start at €107,040.50.