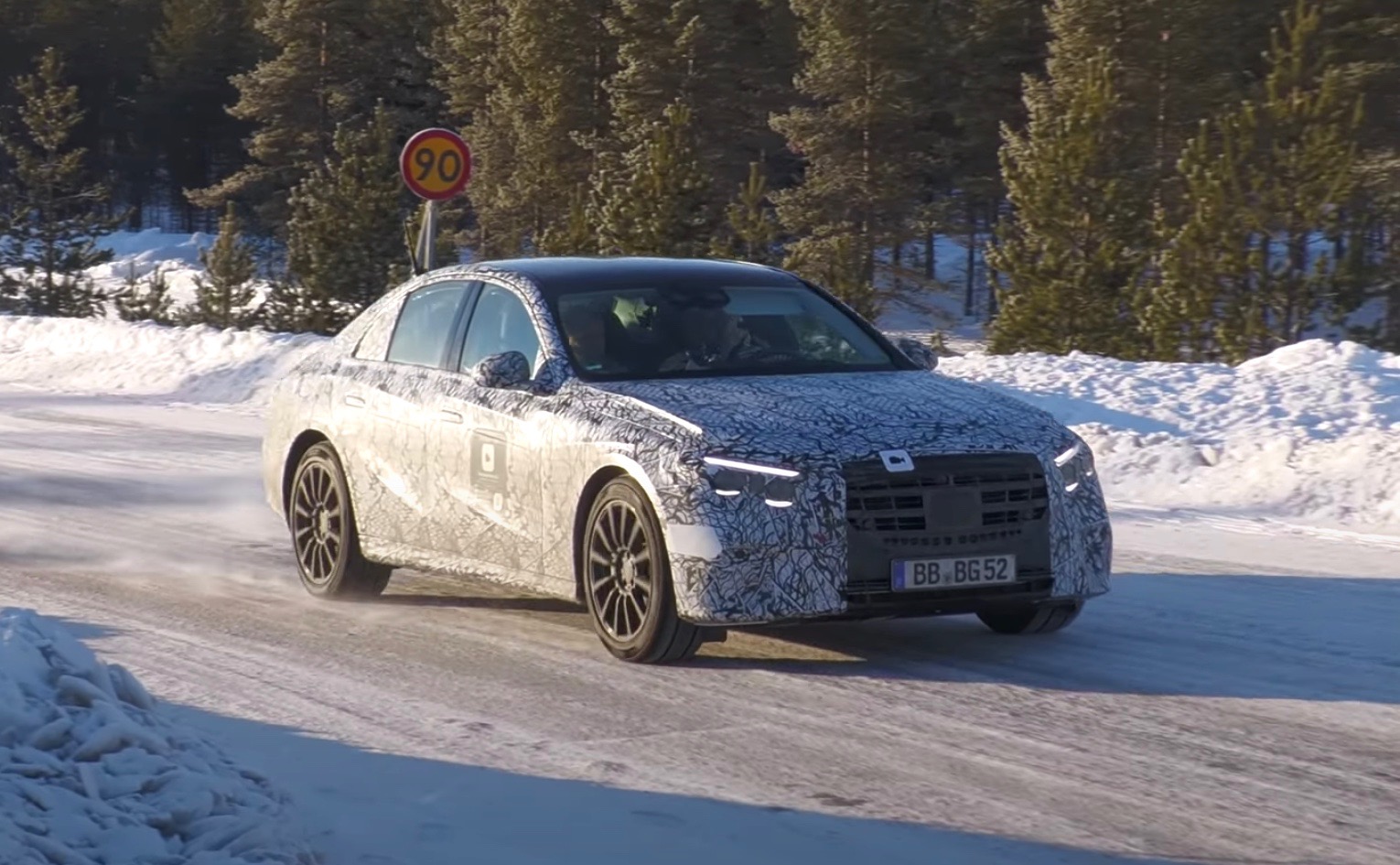 Mercedes-Benz has been spotted testing prototype versions of the all-new, sixth-generation E-Class, codenamed W214, out in freezing conditions near the Arctic Circle. 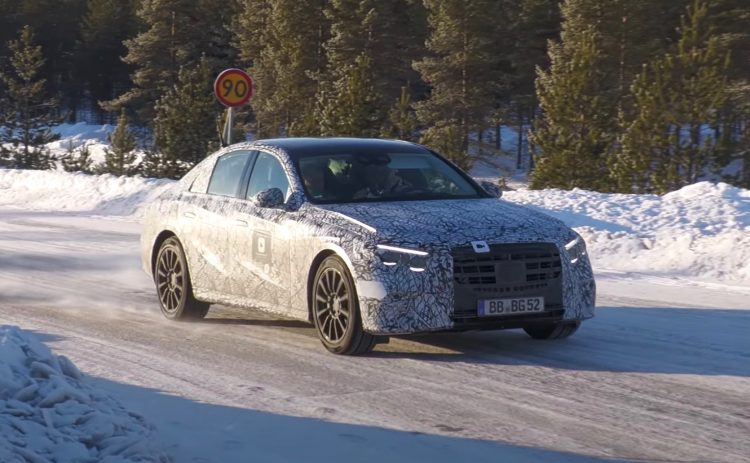 The current generation ‘W213’ E-Class has been around now since 2016, which means it is high time the next model arrived. As usual with each generation change, the new model is expected to see a huge jump in technology, safety, and luxury, and even reset some areas of the large premium sedan standards.

Thanks to this spy video, published by CarSpyMedia, we see Mercedes is getting near the pointy end of development for the next-gen model. Engineers have been busy putting prototypes to the test in very harsh winter conditions, likely putting pressure on some of the car’s systems and functions to ensure they live up to any demand. 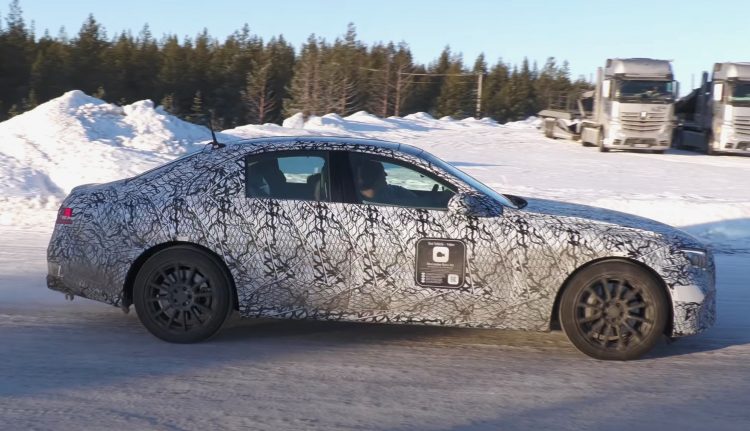 It looks like the company is testing the full fleet of body styles too, including the coupe and cabriolet, although there is no wagon to be seen. One of the sedans seems like it could feature an electric powertrain, or at least a plug-in hybrid with full electric driving capability, as it is suspiciously quiet. The flush-fit door handles also seem to indicate a strong importance on aerodynamics, as is usually the case with EVs.

At about the 1:11 mark of the video however, a test driver pushes the prototype a bit to help move along the slippery ice and we get a taste of an engine sound. A low-pitch, gravelly sound can be heard, suggesting a turbo-diesel option will live on as well. 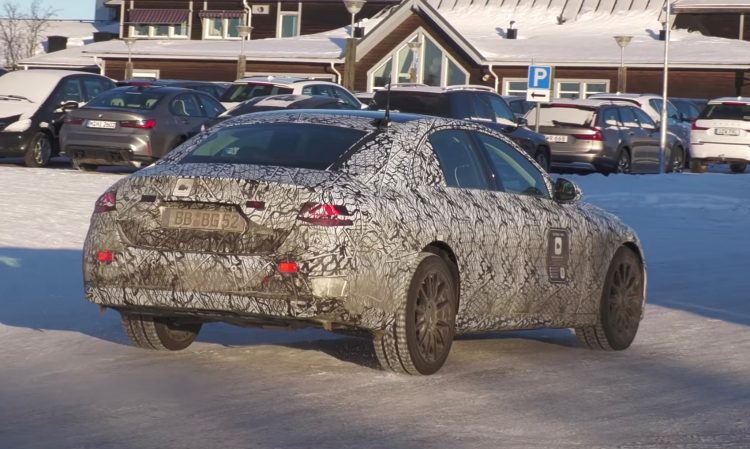 As for the design, the W214 will probably take some inspiration from the latest S-Class, as is usually the case with the company’s design evolution. At the front expect beadier headlights, a more prominent grille, with a seamless lower apron that joins through the middle.

You can see some evidence of the company’s flush taillight theme at the back, with camouflage sheeting likely covering an angular, almost triangular design like what is seen on many recent new models from Mercedes.

It’s understood Mercedes-Benz will unveil the new model later this year, with sales in Australia likely commencing next year. Click play below for a preview.