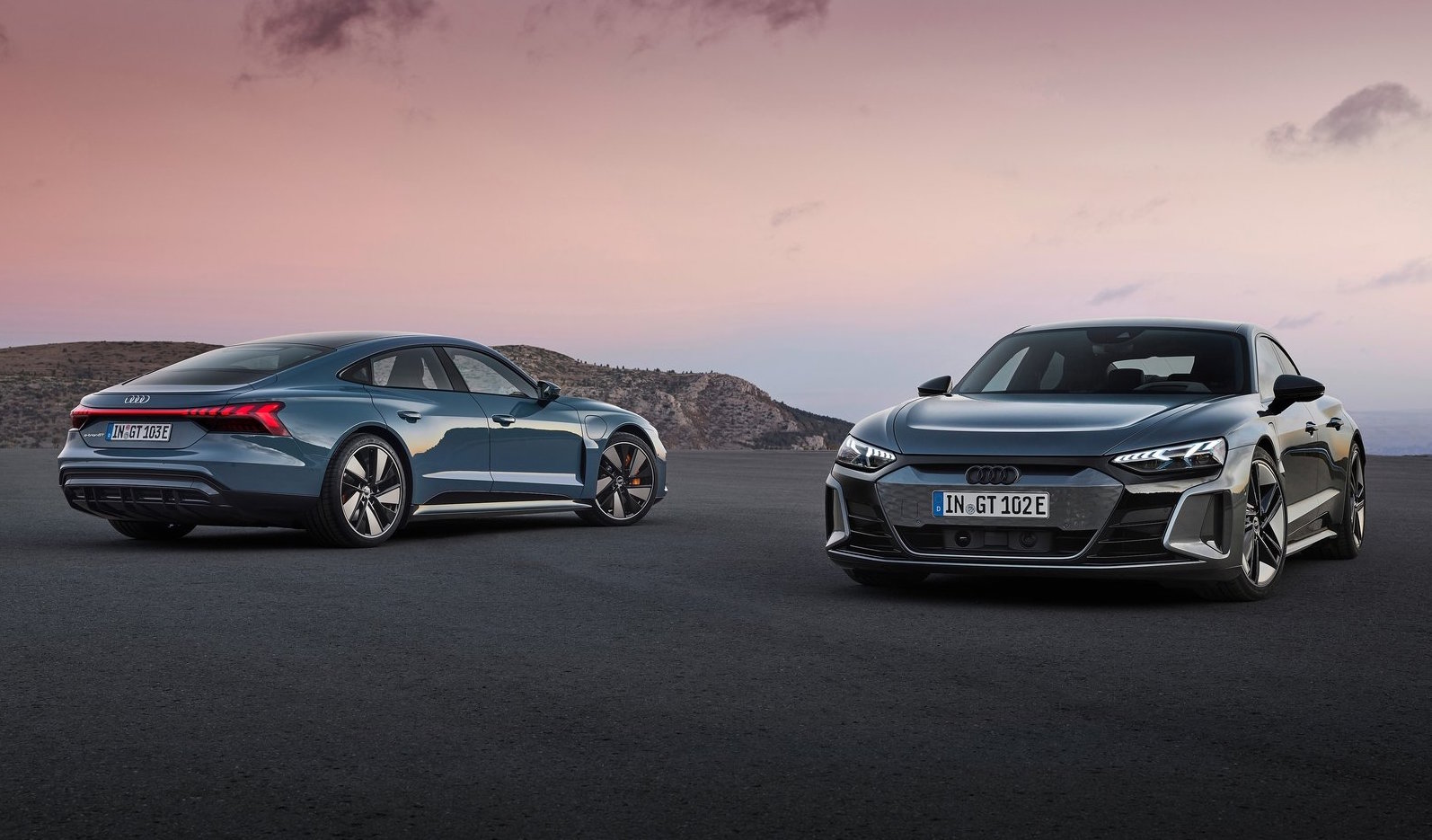 Welcome to Audi’s stunning e-tron GT and RS e-tron GT. These are the company’s answer to electric vehicles such as the Tesla Model S and even the Porsche Taycan, taking inspiration from the GT concept that was shown in 2018. 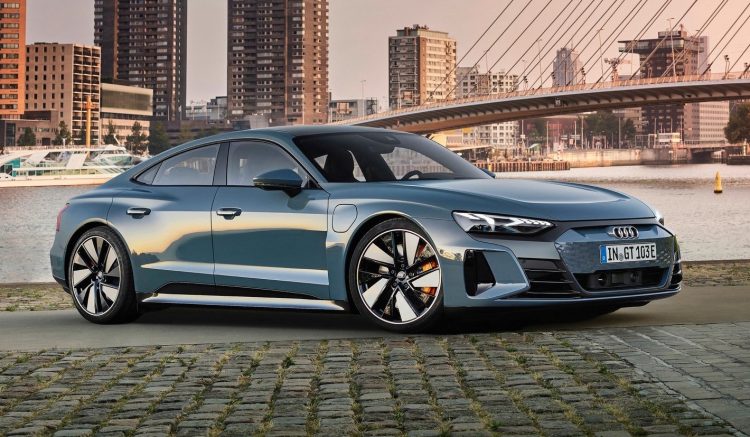 Fortunately, the gorgeous design from the concept is carried over to the production version. We think it’s fair to say it is the sleekest-looking electric sedan to hit the market, with a very low-profile cabin glasshouse and wide wheel arches making it look squatted and ready to pounce.

The front end incorporates Audi’s trademark hexagonal grille section, however, being an electric vehicle it doesn’t require big intake openings to cool the engine. So instead the section is mostly filled in, with only necessary intakes to cool specific components and aid aero efficiency. We particularly like the blistered front guards which protrude out from the front doors, like a racing car, while the rear end shows off a fashionable full-width taillight and prominent diffuser.

Overall, the drag co-efficient is just 0.24, which is exceptional for a production sedan. Let alone one that looks this good. This helps the GT cut through the air as smoothly and efficiently as possible. The RS e-tron GT is also being launched along side the regular model, adding sportier black highlights, such as front grille section, window surrounds, and more aggressive alloy wheel designs. 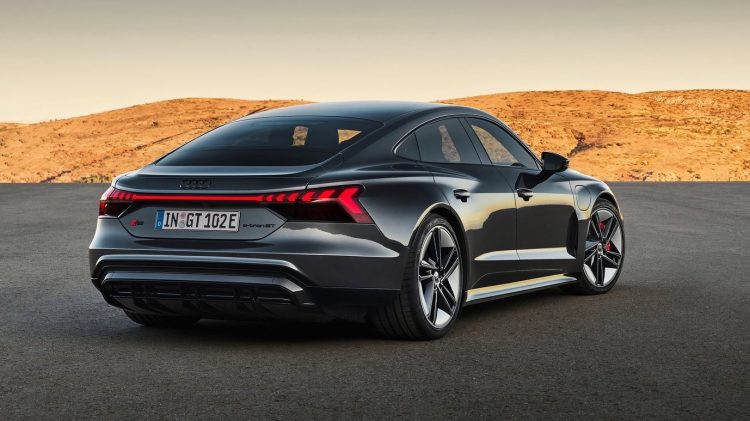 Power comes from an 800V electric system, like in the Porsche Taycan, with an 85kWh battery in both variants. The battery system is positioned between both axles in the middle of the car, and as low as possible for optimum centre of gravity. This supplies power to two electric motors.

Over in the RS version, the front motor produces the same 175kW but the rear motor generates 335kW, with a combined drive output of 440kW and 830Nm. During overboost the system develops up to 475kW for short periods. As a result, 0-100km/h is claimed in 3.3 seconds and the top speed is electronically limited to 250km/h. 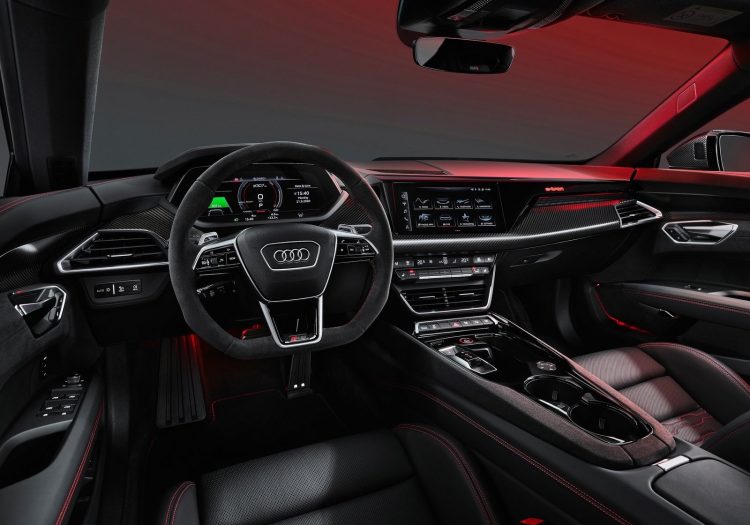 As for the driving range, the regular e-tron GT is rated at 487km on the WLTP test cycle, while the RS is rated at 472km. Charging can be done with a standard 11kW AC plug, and there will be an optional 22kW charger introduced later down the track. Maximum charging capacity is 270kW, which translates to 100km of range in just over 5 minutes of charge time. Speaking about the new model, Hildegard Wortmann, board member for sales and marketing for Audi AG, said:

“The Audi e-tron GT is the beginning of a new era for Audi. Our aim is to shape the future of electric premium mobility. Love of detail, maximum precision, and design that points the way to the future show how much passion we at Audi put into designing and making vehicles.”

Inside, you’ll find Audi’s typically suave and high-tech dash incorporating a flush digital touch-screen and another digital screen for the instrument cluster. Buyers will be able to select from a range of subtle trimmings including an eco-friendly Kaskade upholstery set (made from recycled materials, such as plastic bottles), while the RS comes with special bucket seats and various RS highlights.

Production of the e-tron GT will take place at Audi’s Neckarsulm facility in Germany. It will be Audi’s first fully electric vehicle produced in Germany. Pre-sales are scheduled to begin this month, but Audi Australia is yet to announce local details and pricing.