Toyota Australia has announced pricing for the highly anticipated Toyota 86 sports coupe. It will kick off from just $29,990, which places it into the market at a extremely competitive level. 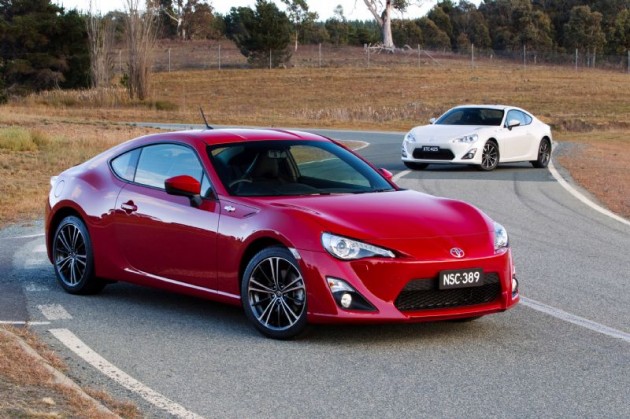 The Toyota 86 is a joint project developed by Toyota and Subaru, if you didn’t already know. The Toyota 86 (GT 86 overseas) and Subaru BRZ both feature the same platform and running gear, however, trimmings and various interior changes distinguish the two.

Power comes from a naturally aspirated 2.0-litre boxer four-cylinder engine developing 147kW of power and 205Nm of torque. It features a high compression ratio of 12.5:1, and is fuelled by a direct injection system. 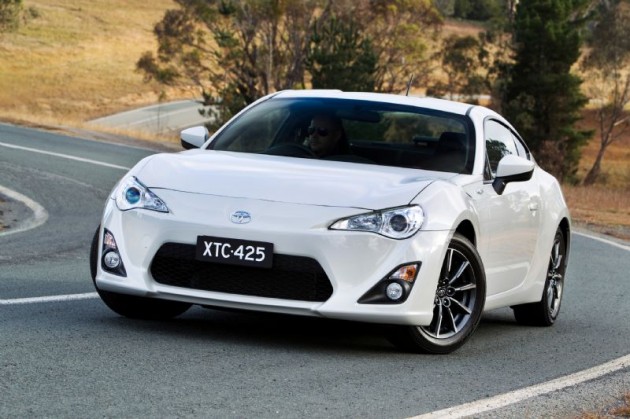 The main differences between the GT and GTS are trimmings. The GT features 16-inch alloy wheels while the GTS gets 17s. Inside, the GTS is appointed in leather and gets a 6.1-inch LCD screen interface with climate control air-conditioning, while the GT gets normal air-conditioning. The GTS also gets HID headlights with LEDS, leaving the GT with normal halogen items.

As far as international reviews go, most experts have praised the 86 for being a true driver’s car. It’s rear-wheel drive, and is equipped with a limited-slip differential. The compact four-seat coupe styling also fits right into to the traditional sports car profile.

The biggest surprise of the 86 though is that starting price. This puts it into the market as not only the cheapest rear-drive sports car, it also undercuts some distant rivals such as the Volkswagen Golf GTI (from $38,990), and comes very close to March’s most popular sports car under $80,000, the Hyundai Veloster (from $23,990).

Toyota Australia’s executive director sales and marketing, Matthew Callachor, recently spoke about the introduction of the 86, and its price. He said,

“The 86 is meant to be enjoyed by as many driving enthusiasts as possible, and our pricing will extend its appeal to people who never imagined they could afford such a fun car.

“Toyota has created something that people have wanted, but didn’t exist – a compact, light, basic sports car with balance and handling rated in the same league as some legendary sports cars.

“It is a game-changer, demonstrating Toyota’s commitment to ‘waku doki’ – designing and engineering cars that really get your heart pumping.”

Check below for the full 2012 Toyota 86 Australian specifications.