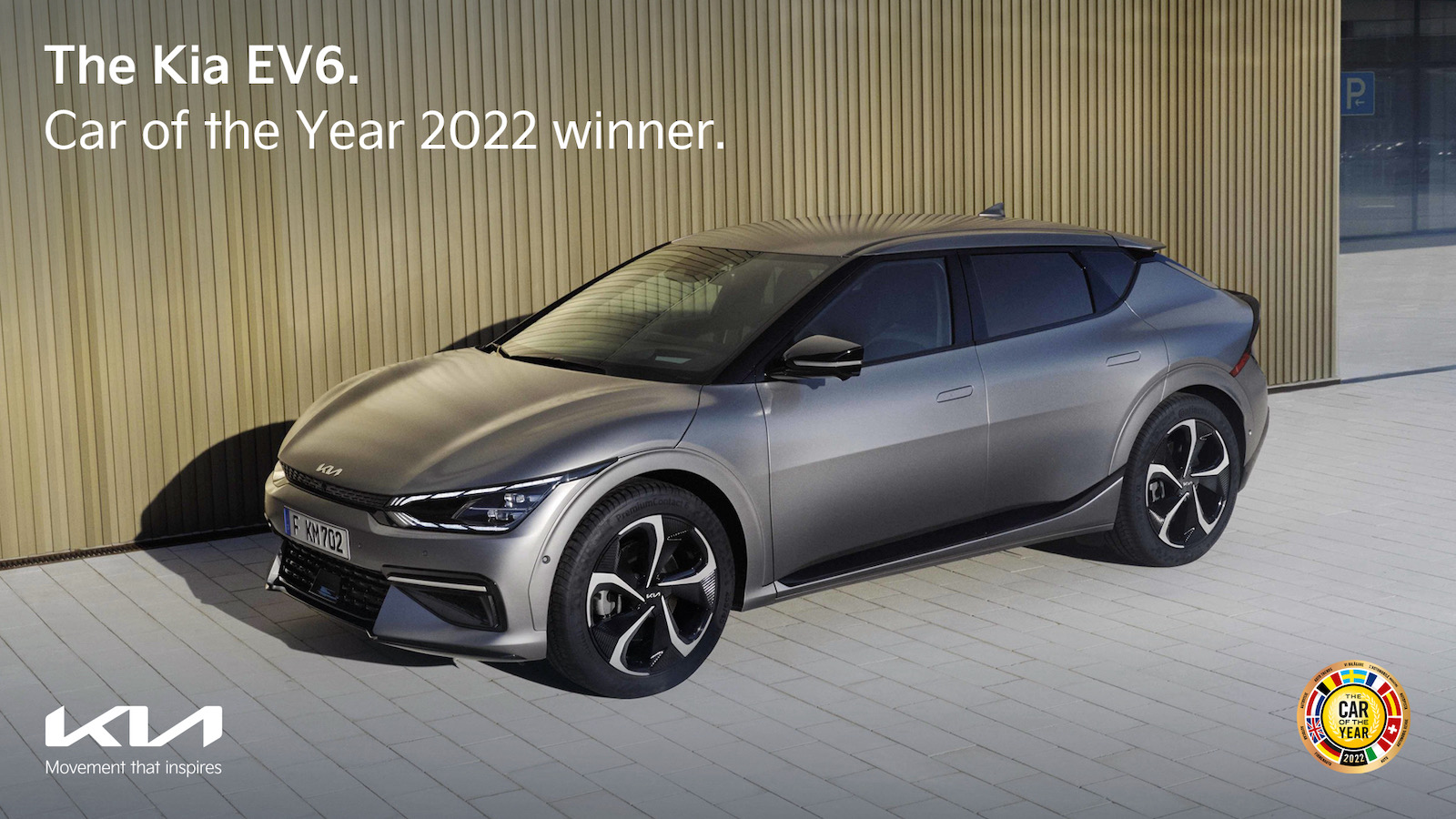 The all-new Kia EV6 has just been crowned 2022 European Car of the Year. It is the first time a Kia vehicle has been awarded the accolade. 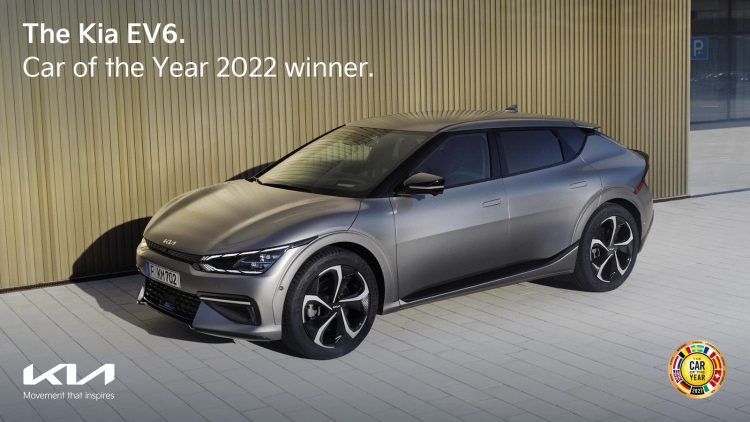 Kia’s EV6 is the company’s first dedicated fully electric vehicle. Unlike the Niro, it is not available in hybrid or plug-in hybrid form. Around 59 judges from 22 European countries were impressed by its energy efficiency, fast-charging capability, and interior details.

Its sister car, the Hyundai IONIQ 5, came in third place overall, with the Renault Megane E-Tech taking second spot. Judges, collectively, awarded scores of 279 for the EV6, 265 for the Renault, and 261 for the IONIQ 5.

You may have noticed all three finalists are electric vehicles. In fact, six of the seven finalists were electric, and at the start of the judging process 18 of the 39 long list vehicles were electric. Speaking about the EV6, one of the jurors said:

“The best electric car of all the finalists. It has the same virtues as the Ioniq 5, but it is an even more balanced car, more refined in the set-up, more attractive in design, with higher quality finishes… And knocking on our emotions we have the 585hp of the GT developed with Rimac.” 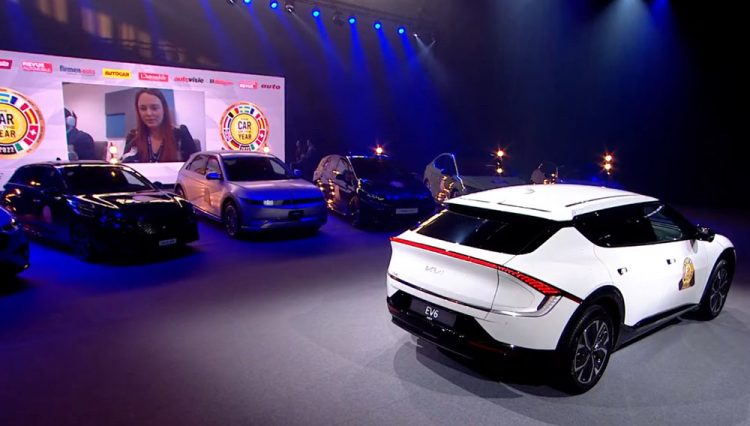 Other close-contenders for top spot included the Peugeot 308 (191 points), the Skoda Enyaq iV (185), the Ford Mustang Mach-E (150), and the Cupra Born (144). The awards ceremony, now in its 59th edition, took place in Geneva this week. In light of the events happening in Ukraine, Russia was excluded from the election this year.