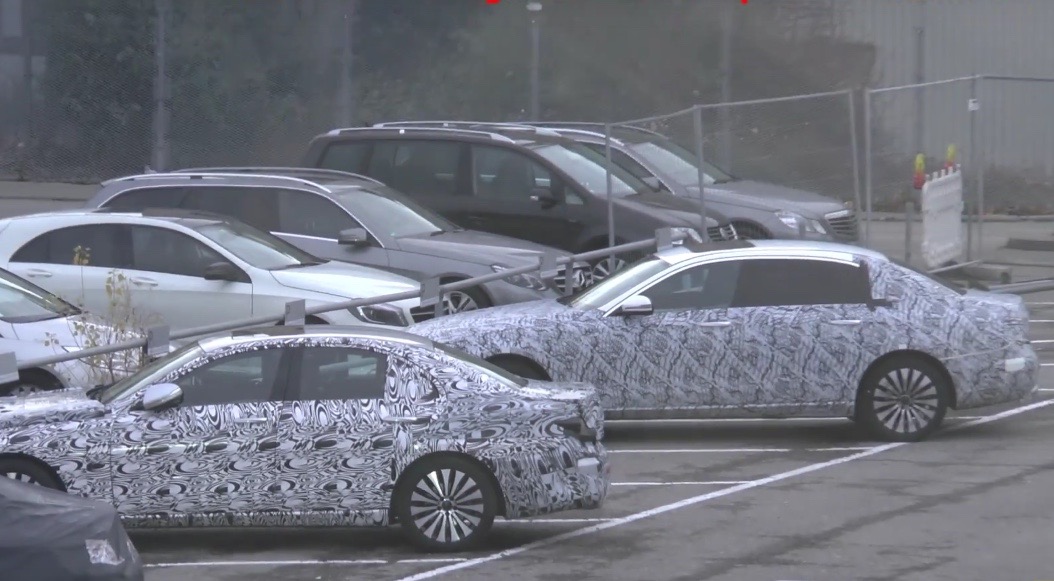 It looks like Mercedes is planning a more luxurious Maybach version of the upcoming 2016 ‘W213’ E-Class, as hinted here in prototype form. 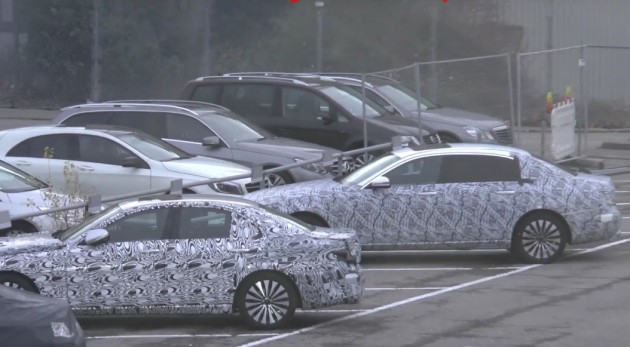 It’s believed the upper-class E-Class will be positioned under the freshly-formed Mercedes-Maybach sub-brand, giving buyers an option to go for a more exclusive, customisable, and more expensive version of the E-Class.

Coincidentally, both the E-Class sedan and suspected Maybach version were recently spotted in prototype form giving us a clear insight into the size difference of the two. As you can see, the Maybach version, although yet to be confirmed, looks like it will come with an extended wheelbase with larger rear doors.

With more chassis added between the front and rear wheels the cabin and in particular rear seat space should be quite a step larger than the regular E-Class offering. Even the rear quarter side window in the door appears to be revised for the bigger version.

As previously reported, the new E-Class is set to break through a few benchmarks in the segment by coming equipped with various advanced technologies. One such technology is said to be a semi-autonomous driving mode whereby the car can drive by itself in certain conditions.

The Mayback version is likely to come packaging with everything offered for the E-Class, with plenty of extra personalisation options potentially including custom trimmings and custom in-car media systems.

Mercedes is expected to unveil the all-new 2016 E-Class in regular form at the North American Auto Show in Detroit next month. It may reveal this Maybach version too, if speculations are accurate.