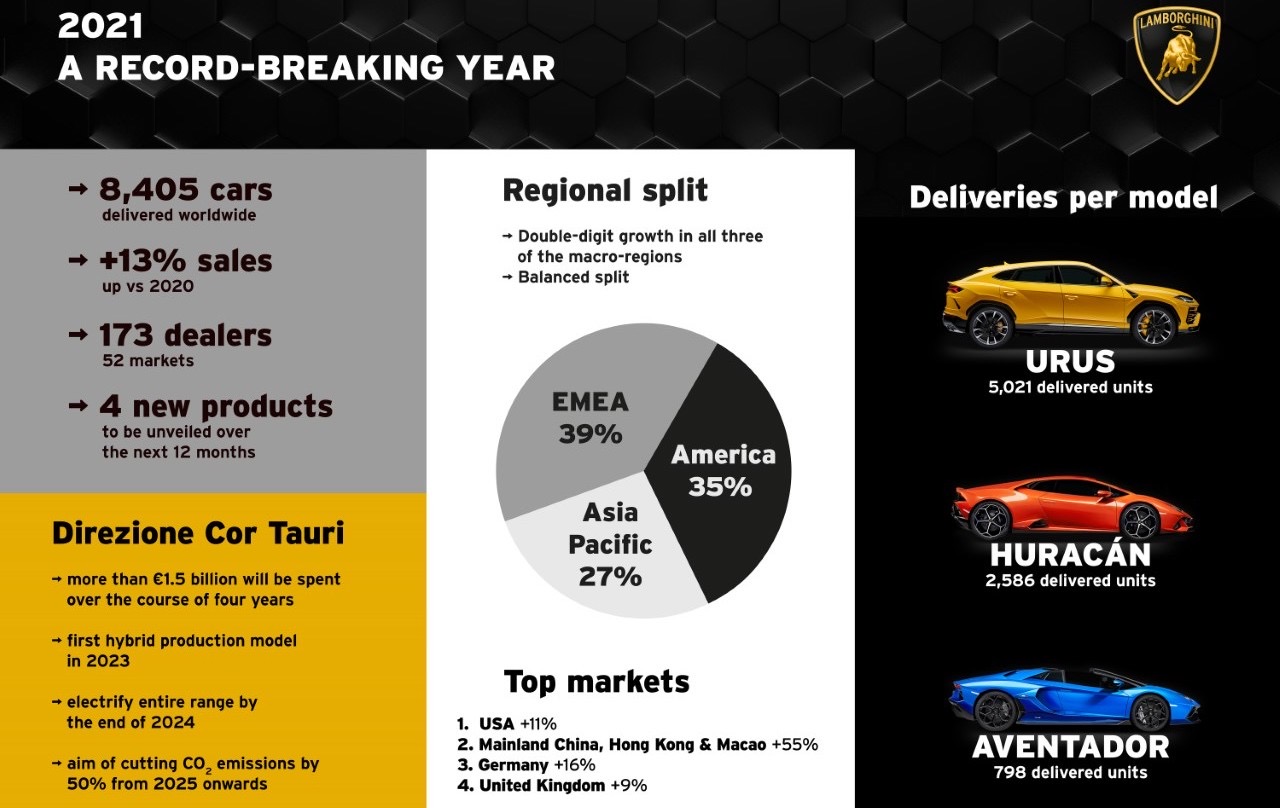 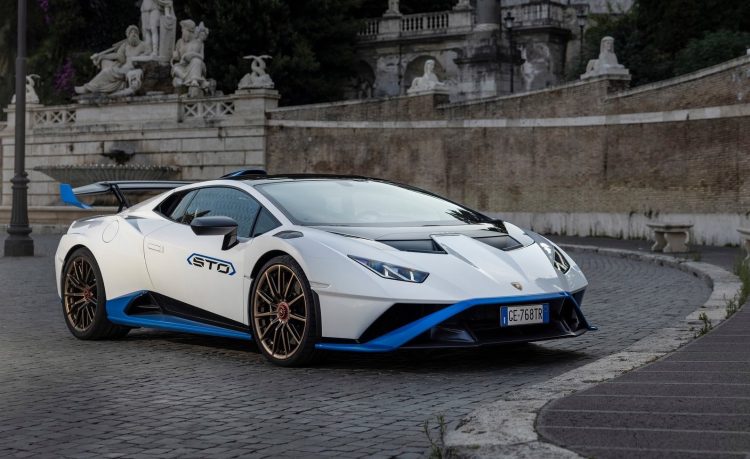 The legendary supercar manufacturer sold 8405 vehicles around the world in 2021. That’s up 13 per cent on 2020 efforts. And although 2020 was not a great year for many of us, its 2021 figure is the highest ever in the company’s history, even before the pandemic.

“We are stronger than ever as we prepare to embark on a period of profound transformation and move towards an even more sustainable future. In 2022 we’ll be doing our utmost to consolidate the current performance and get ready for the arrival of our future hybrid range from 2023 onwards.” 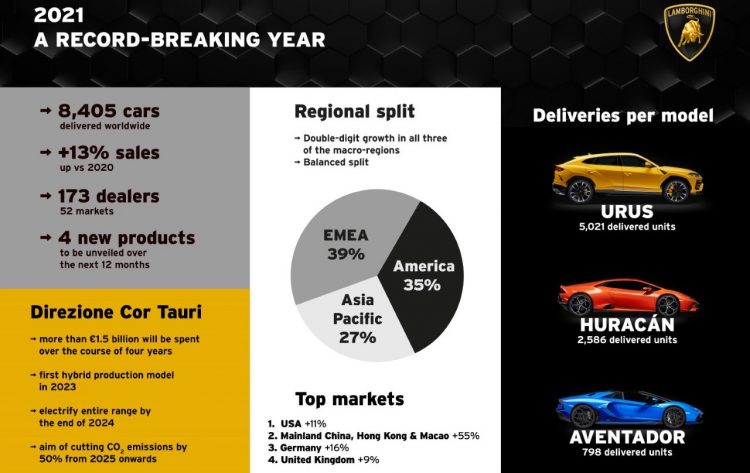 One of the first of the upcoming wave of hybrid models to arrive is expected to be the Aventador’s replacement. Prototypes have been spotted out and about in Italy in recent times, with exhaust sounds suggesting a V12 will be used while featuring some kind of electric hybrid assistance system. It’s likely to debut later this year, with market arrival confirmed for 2023. A hybrid version of the Urus is also in the works.

Here in Australia, Lamborghini sold 131 vehicles during 2021, according to VFACTS figures. That’s up 18 per cent on 2020 efforts. VFACTS does not separate Huracan and Aventador sales. Instead, it only reports ‘coupe/convertible’ figures as 67 units, and then the Urus reported 64. These are up 6.3 per cent and 33.3 per cent, respectively.

Check out our Huracan and Urus videos below to see (and hear) what all the fuss is about.