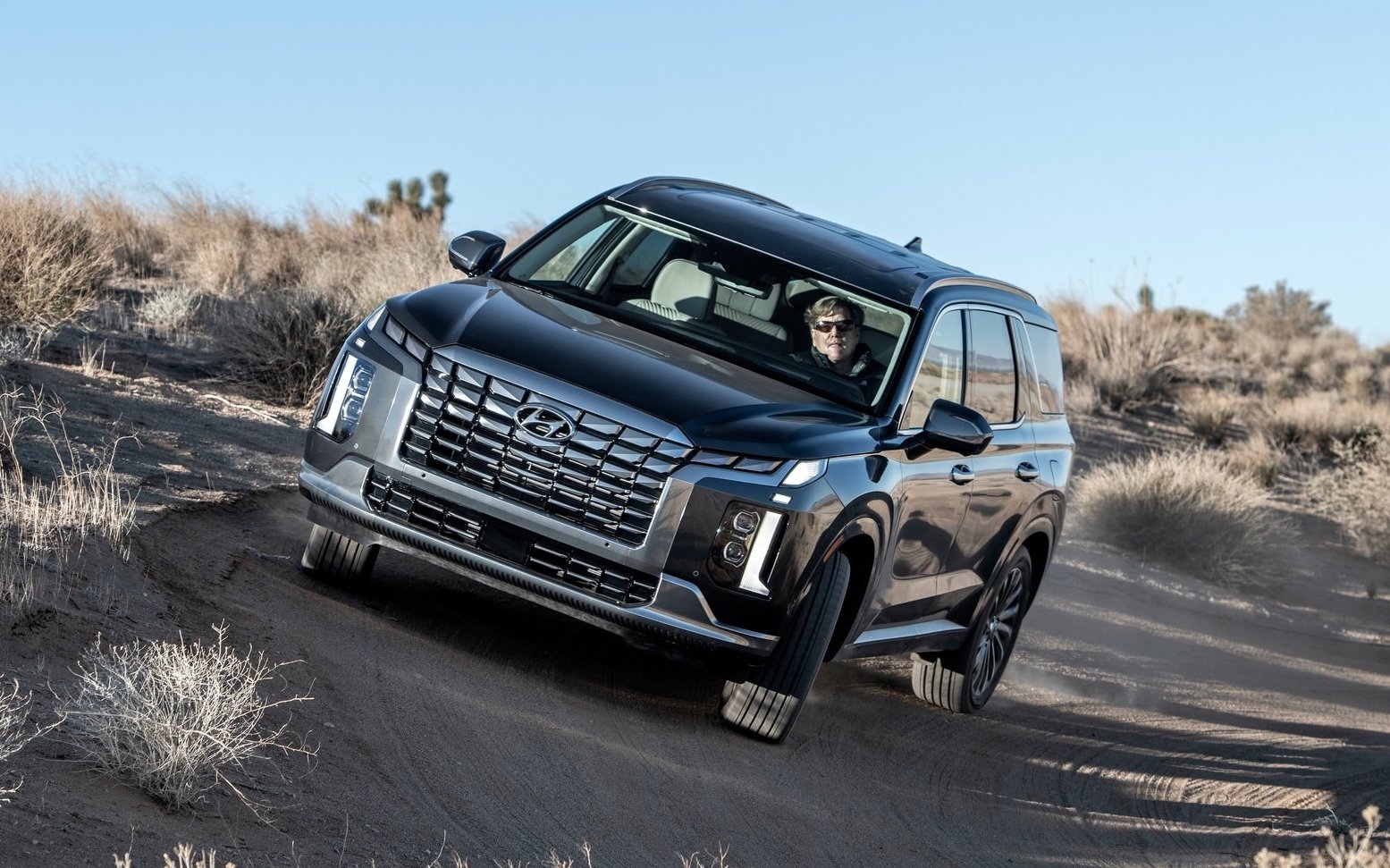 Looking to buy a large family SUV? You might want to hold off until later this year because there’s a new 2023 Hyundai Palisade set to arrive by then. 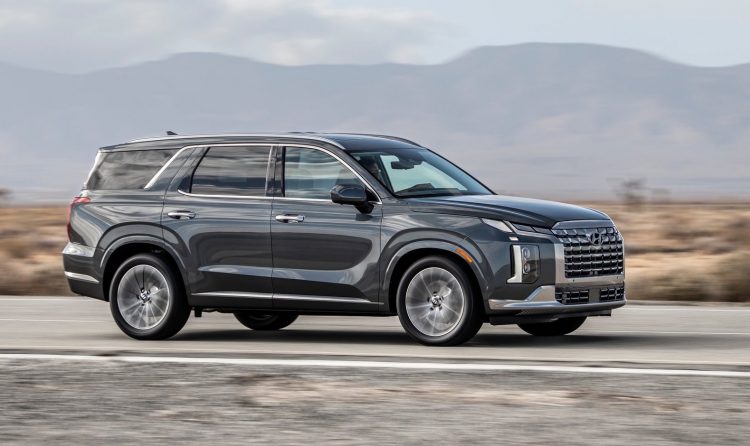 This is the first facelift for the massive SUV, and it has just been unveiled overseas. As you can probably see the new model features an updated look, with a longer face that drops down lower. This gives it a fuller and more purposeful look.

There’s also a new front grille that’s wider and taller, slimmer headlights and fresh daytime running lights, and some new-look alloy wheels across the board.

Inside, passengers are greeted with a 12-inch multimedia touch-screen presenting 720p resolution, along with a fully digital rear-view camera (a Hyundai first), digital key that’s compatible with iPhone and Android, uprated charging ports from USB to USB-C for more power, and uprated wireless phone charging from 5W to 15W. 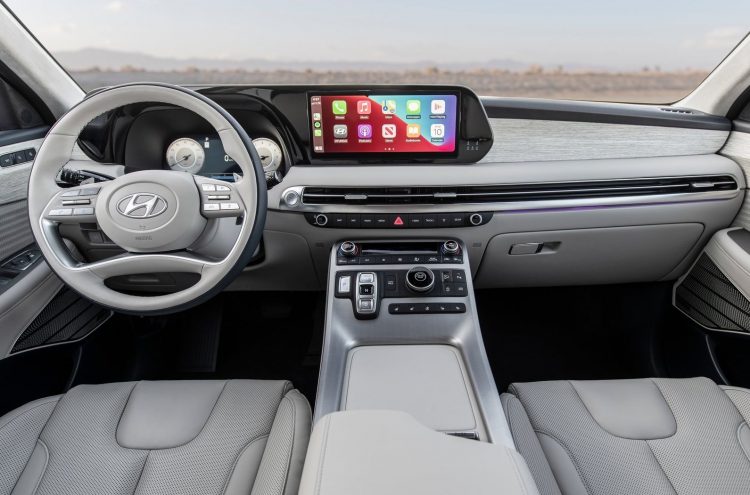 Various design changes are also made inside. A new instrument cluster and binnacle face the driver, along with a fresh steering wheel, while a number of areas are treated to new materials and surfaces. Some new seats are also introduced, including heated seats for the third row for the first time.

No mention has been made regarding powertrain changes. The 3.8-litre petrol V6 continues with 214kW (217kW in Australia) and 355Nm, with all-wheel drive offered overseas – in Australia the V6 has only been available with FWD. A 2.2-litre turbo-diesel four-cylinder is also offered in Australia. Although there is no mention of a diesel in today’s news we suspect it will carry over unchanged.

Hyundai Australia confirms the new model will go on sale here during the third quarter of 2022. Local specs and prices will be announced closer to launch.