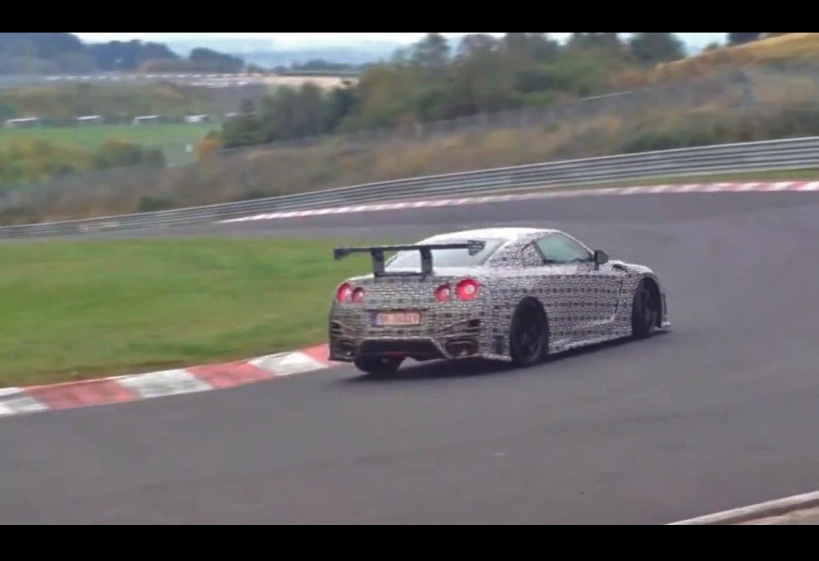 Nissan and performance arm Nismo appear to be taking Nismo GT-R testing very seriously. A video has surfaced showing a prototype absolutely flogging around a fully closed Nurburgring circuit, which leads many to believe Nissan is going for a lap record. 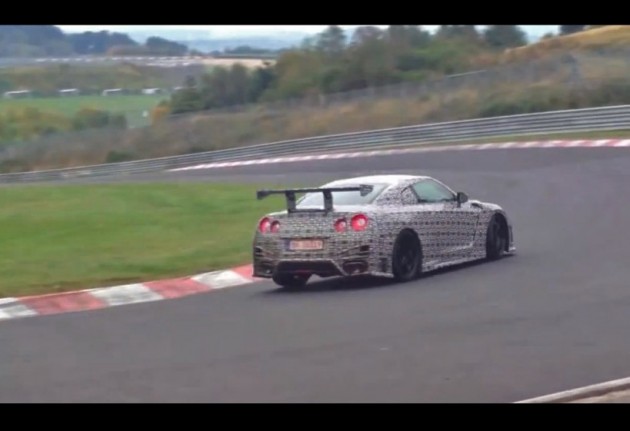 Nurburgring fan site BridgeToGantry spotted the GT-R at the famous circuit and managed to scope out a few intriguing clues which hint at potential lap time testing.

The first example is the fact the track appears closed and reserved only for the GT-R. Normally industry testing days at the circuit see a number of manufacturers and prototypes lapping at the same time.

Another clue is the safety marshals which are seen around the circuit, while proper timing gear appears to be set up at the old start-finish line.

Either way, the new Nismo Nissan GT-R is expected to be one of the quickest cars not only at the ‘Ring, but to ever launch on the market in general. The regular GT-R has a 0-100km/h time of just 2.7 seconds. Nismo is likely to cut that incredible time down ever further.

Click play below to judge for yourself. The current (unofficial) record time for a production car is 6:57, achieved by the new Porsche 918 Spyder.