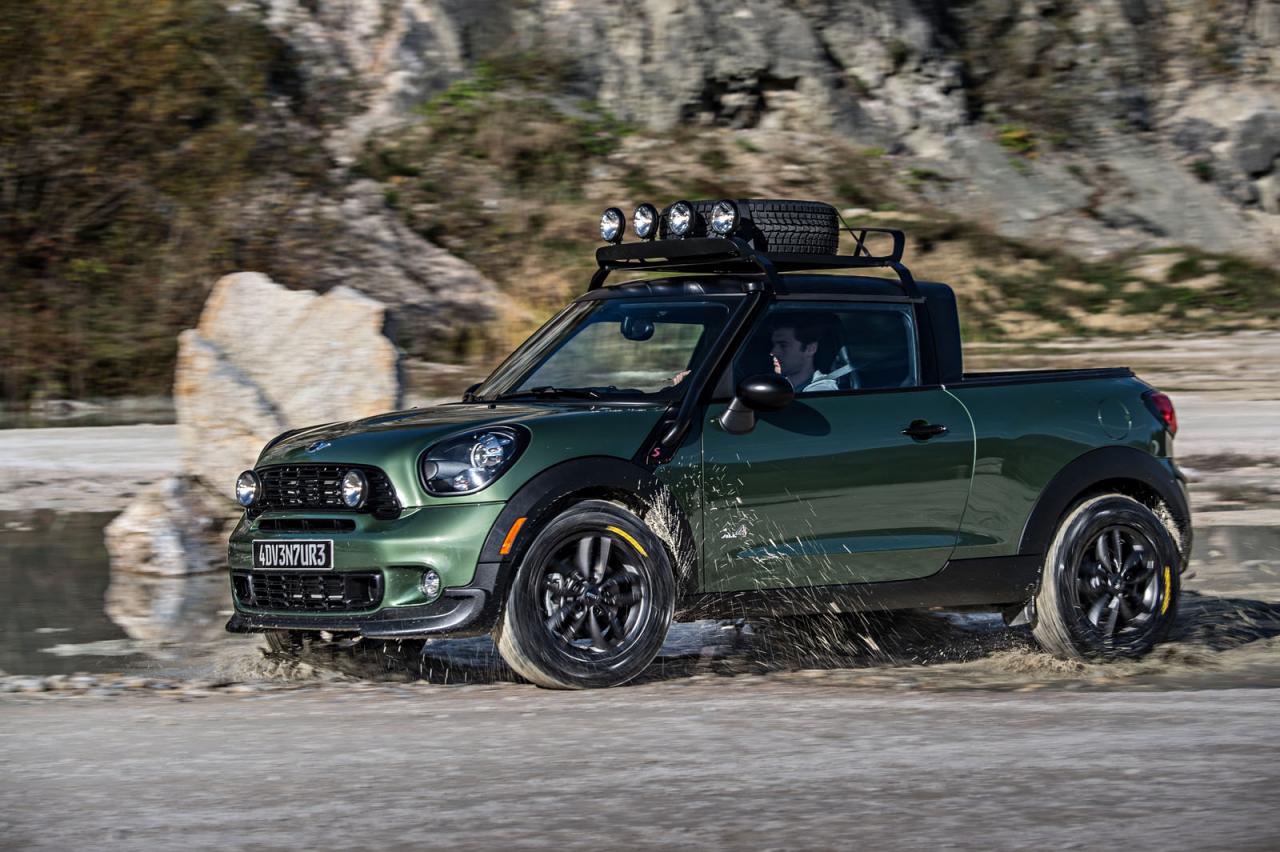 There’s the MINI hatch, Countryman SUV, the two-door Paceman SUV, Clubman panel van, Coupe and Roadster, and cabriolet. The only thing missing is a ute. Until now. Introducing the Paceman Adventure concept. 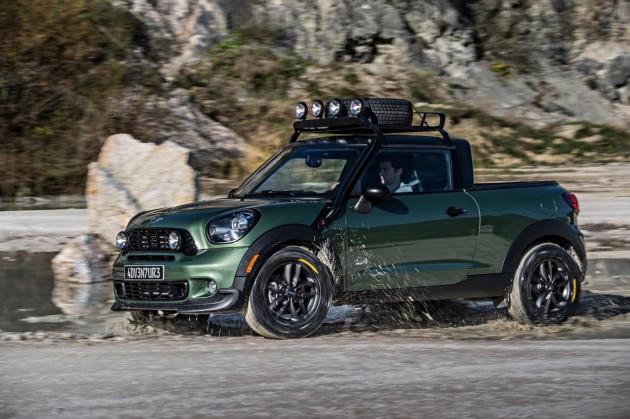 It is only a concept but it shows what MINI could do to further expand its showroom range. The project is based on the Paceman, which is a two-door version of the Countryman, put together by the apprentices (and their instructors) at MINI at the company’s factory in Munich, Germany.

The concept has been designed to be a bit more heavy duty than the Paceman, with raised suspension to increase ground clearance, aggressive tyres, a snorkel for crossing deep water, and a unique roll bar setup with big spot lights across the top. 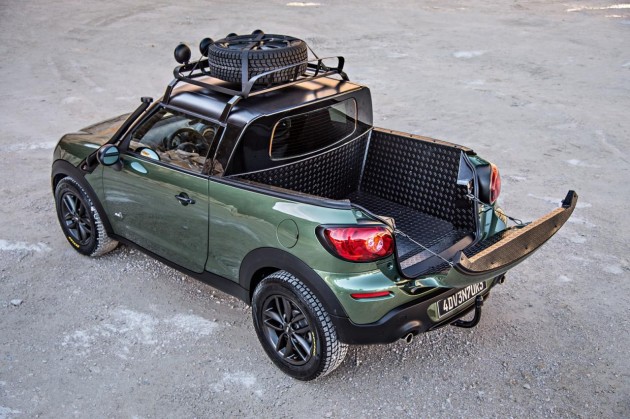 The most distinguishing feature is of course the external tray compartment in the back, ready for carrying tools and other heavy materials. It takes up the space where the rear seats are normally found. MINI spoke about the concept in a statement, saying,

“This latest creative vision for the MINI brand demonstrates the level of talent at work amongst the BMW Group’s young apprentices. The MINI Paceman Adventure combines the drive technology of the 135 kW MINI Cooper S Paceman ALL4 with an innovative two-seater pick-up vehicle concept.” 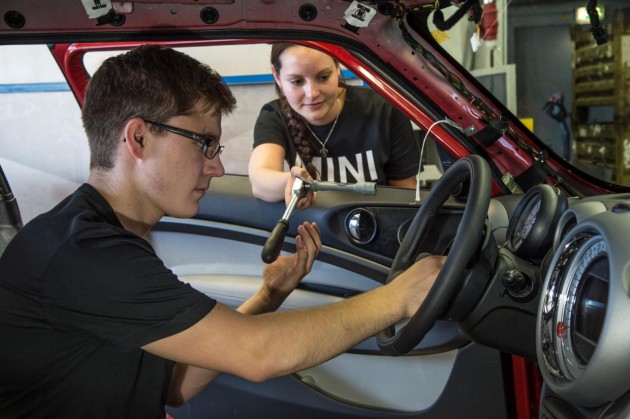 The custom creation will remain as a one-off concept with no plans for a production model.