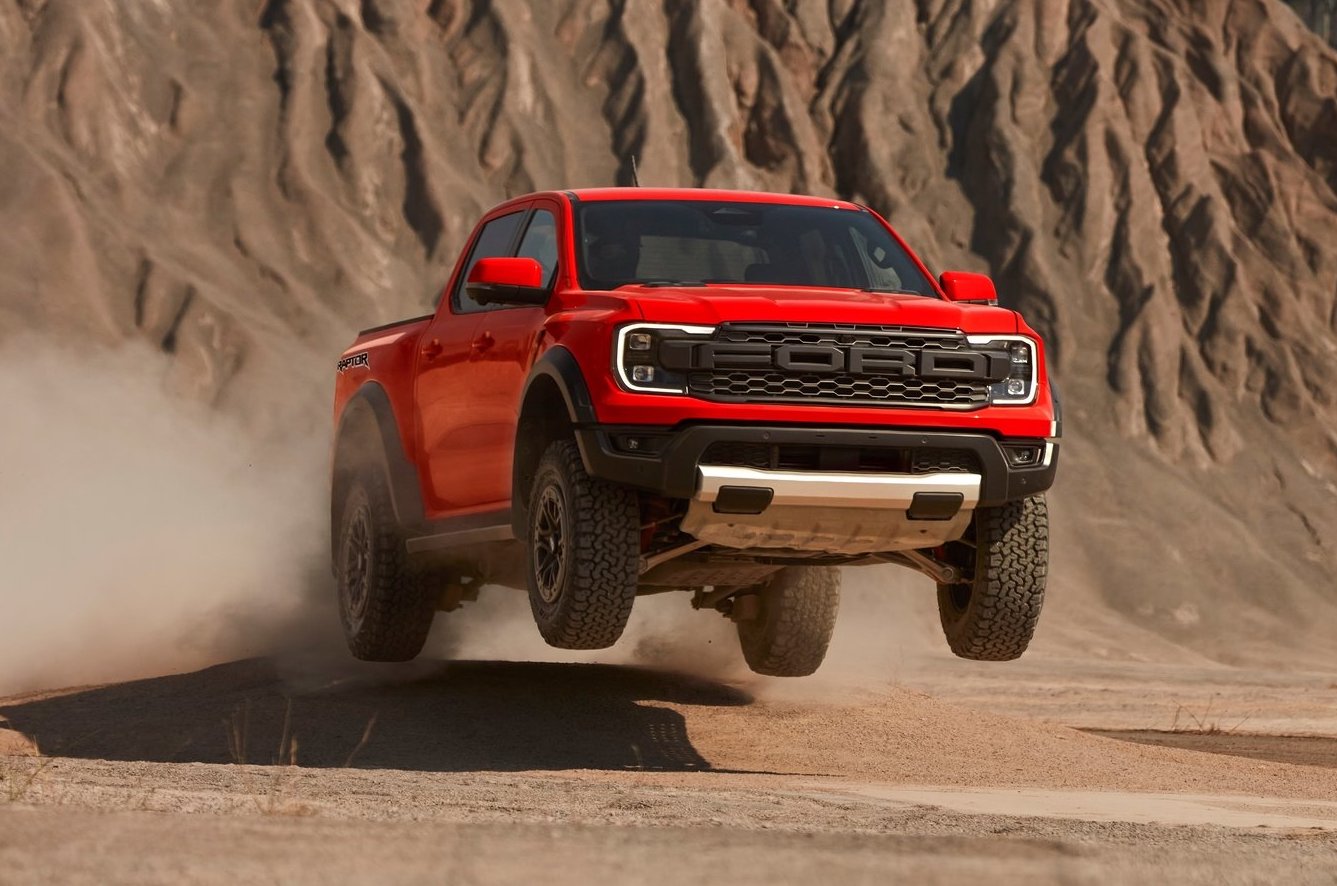 Yep, the mighty 2023 Ford Ranger Raptor has just been unveiled, boasting more capability than ever before and it (finally) gets power it deserves thanks to a twin-turbo V6. It’s based on the all-new Ranger. 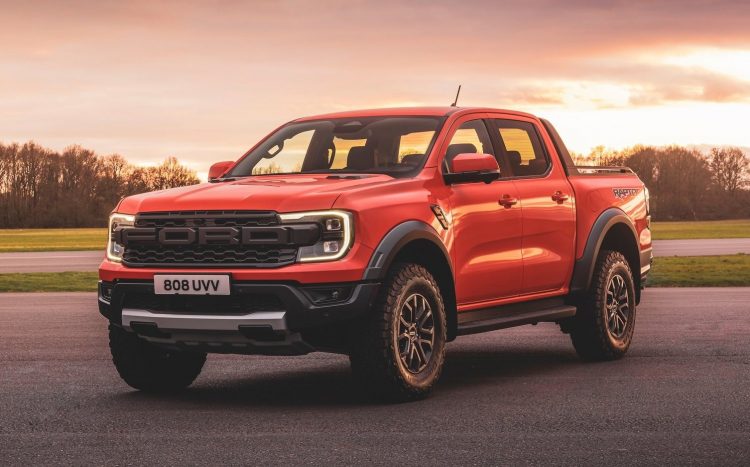 Let’s start with that V6. It’s a 3.0-litre twin-turbo petrol V6 – similar to the one in the Bronco Raptor – producing an impressive 292kW and 583Nm. That’s a heck of a lot more than what the outgoing 2.0-litre twin-turbo diesel four-cylinder offers, at just 157kW and 500Nm. All of that grunt is sent through a 10-speed automatic transmission with permanent four-wheel drive.

Ford hasn’t described any 0-100km/h times or anything like that but we’d predict the sprint to come up in around 6.0-6.5 seconds. Aside from acceleration, drivers will no doubt have a lot of fun playing around with a new electronically-controlled sports exhaust system offering Quiet, Normal, Sport, and Baja sound modes. The Baja mode even engages an anti-lag system for the turbochargers. 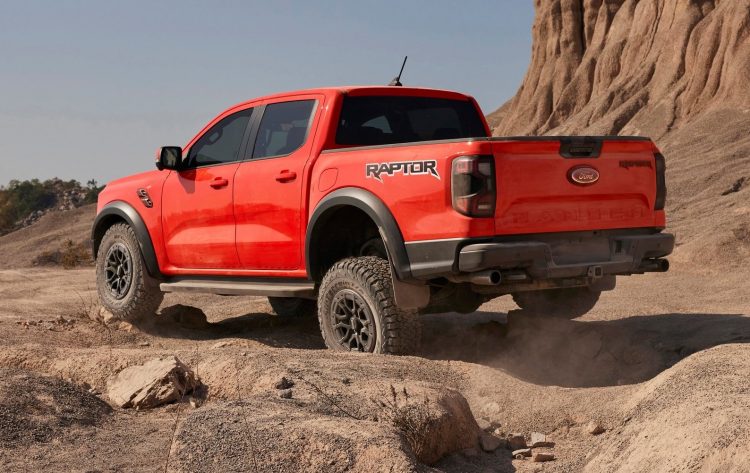 As before, the Ranger Raptor showcases a hardcore suspension setup with 2.5-inch Fox Live Valve dampers offering real-time control. Ford describes it as the most sophisticated damper setup ever fitted to the Ranger, and they even come filled with Teflon-infused oil that helps to reduce friction by around 50 per cent.

“While Ranger Raptor was inspired by desert racing, it’s also a supremely capable overlanding vehicle. Out of the box we’ve created an off-road vehicle that you don’t need to modify to get you where you need to go and back again safely.” 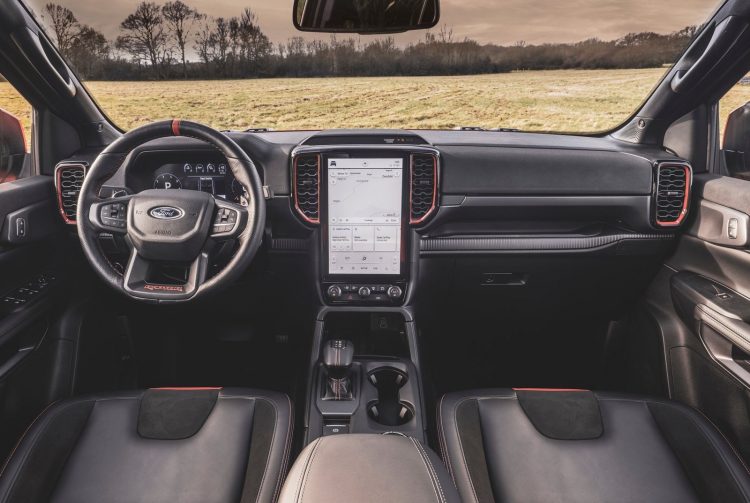 Drivers will also be able to select from a range of driving modes, including Normal, Sport, and Slippery for on-road stuff, and Rock Crawl, Sand, Mud/Ruts, and Baja for the off-road stuff.

Other highlights include 17-inch wheels or optional beadlock wheels that hold the tyres on no matter what, BF Goodrich KO2 all-terrain tyres, aluminium side steps, and functional vents and aero trimmings. The interior also gets the new 12-inch vertical touch-screen running Ford SYNC 4 from the regular new Ranger, and there’s a 12.4-inch digital instrument cluster. Various highlights, such as red trimmings, help celebrate its performance credentials. Burns added:

“We’ve really focused on delivering a genuine performance truck with the Next-Gen Ranger Raptor. It’s significantly faster, looks incredible, is packed with new features, and is the strongest Built Ford Tough Ranger we’ve ever made.”

The 2023 Ford Ranger is set to launch in Australia in a few months, with this Raptor variant set to arrive late in 2022.