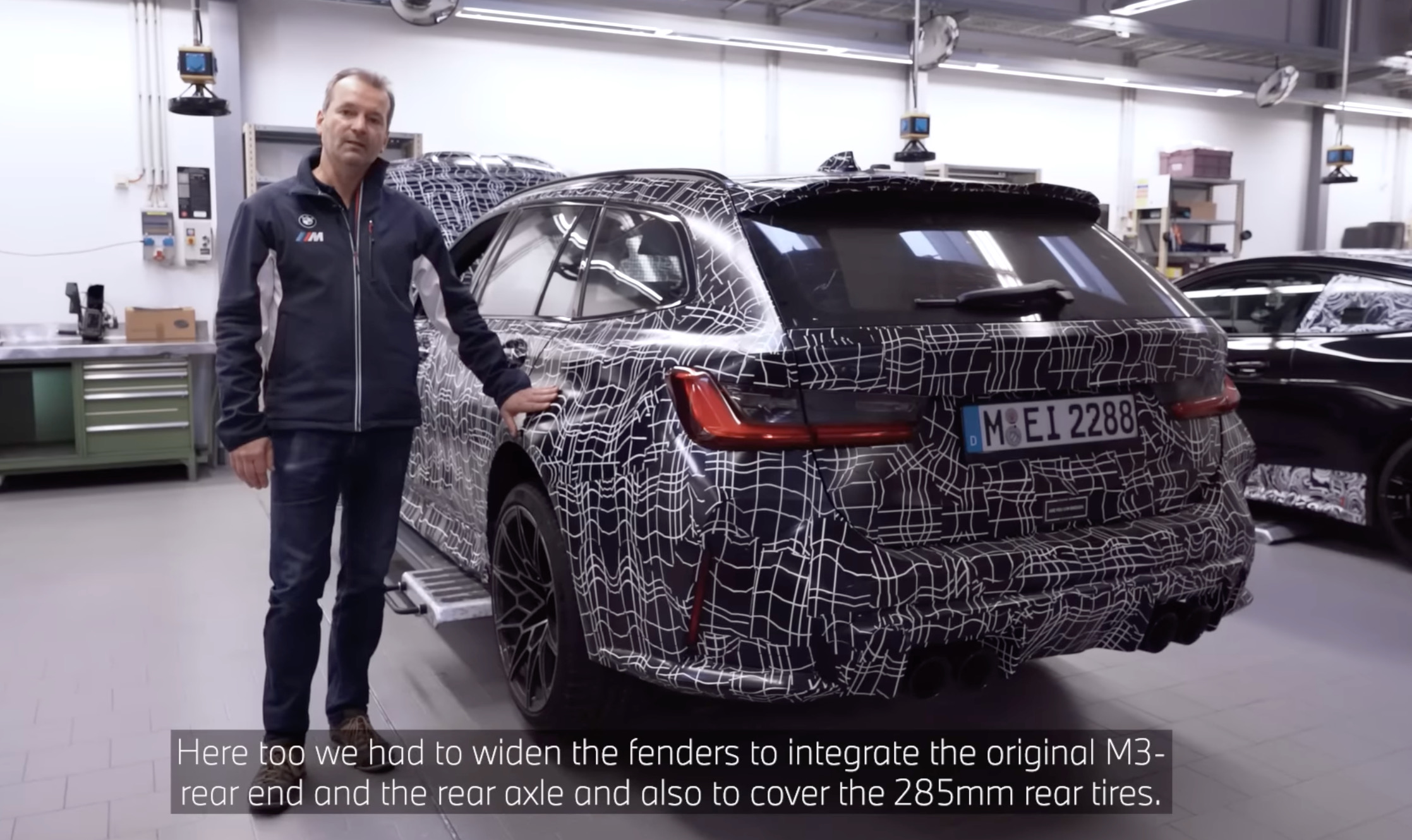 The highly-anticipated 2023 BMW M3 Touring is getting closer to launch, with a recent teaser video revealing some new details about the drive system, suspension, and boot and packaging. 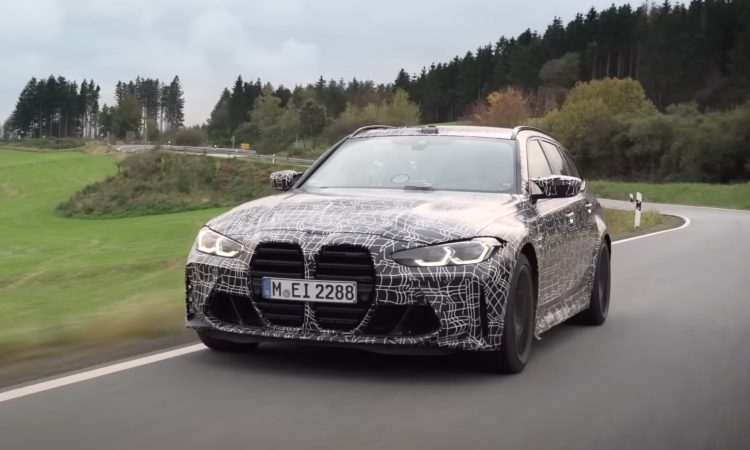 Interestingly, the test vehicle in the video features xDrive all-wheel drive. This is the first time we’ve had proper confirmation that xDrive will be part of the Touring wagon package. Whether it will feature switchable RWD is yet to be confirmed, but in the M3 Competition xDrive sedan, the 375kW/650Nm 3.0-litre twin-turbo inline-six is matched to an eight-speed auto with switchable RWD/AWD. 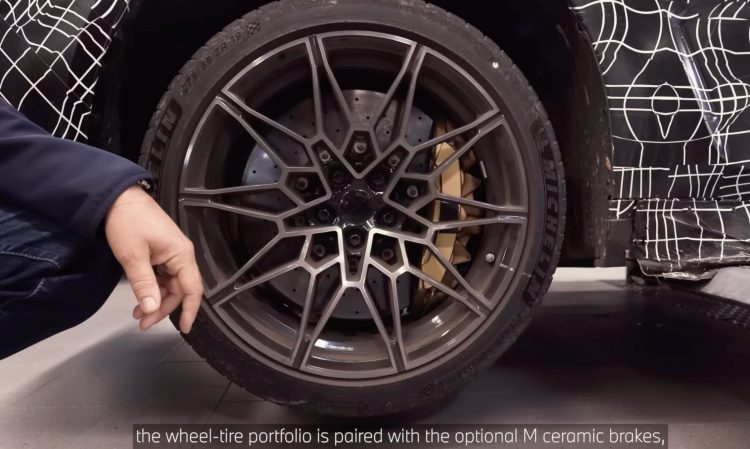 The M3 Touring will be available with optional M ceramic brakes, with the prototype test car wearing 19-inch front wheels wrapped in 275/35 tyres. At the back are a set of 285 tyres, enveloped by pumped wheel arches and guards compared with the standard 3 Series Touring.

Engineers have been tasked with creating a wagon that achieves the driving experience of the M3 sedan. And so all of the necessary components and additional engineering is being done to ensure that, including a bespoke aero kit and newly-developed rear spoiler that adds downforce. 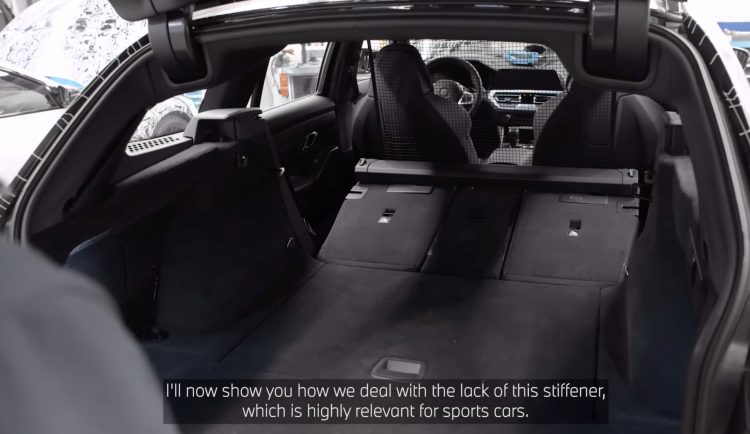 Obviously, the other main objective is to retain a high level of practicality from the 3 Series Touring. The cargo area does not feature a suspension tower brace, like the sedan, leaving a nice big boot area. However, engineers have cleverly worked in extra chassis bracing underneath the car to provide extra stiffening.

Additionally, the suspension setup is completely bespoke for the Touring over the sedan. The rear uses “significantly higher” spring rates, for example, and the rear dampers are equipped with a bottom and piston valve. The front spring rates and dampers are also completely revised. 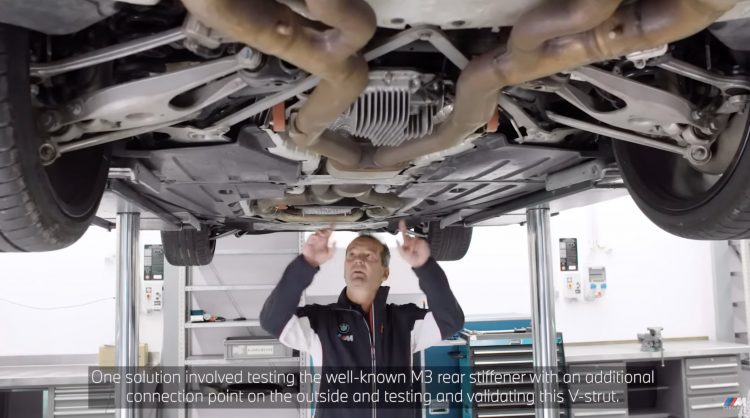 The steering, stability control, ABS and all electronic systems are tuned specifically for the Touring wagon as well, with one main goal in mind; to make it drive like a real M3. Engineers have also tested the setup with passengers and luggage in the back to ensure it lives up to its ‘touring’ characteristics, even when driven at speed and under harsh demands.

Lastly, the insightful video goes into some interesting detail about how prototypes are tested on country roads, with special analysis on body movements and ensuring optimum body control. The engineer says the suspension on the Touring has been set up so that passengers are not bobbing in the car when going over bumps. Instead, both the front and rear axles compress and rebound in parallel. 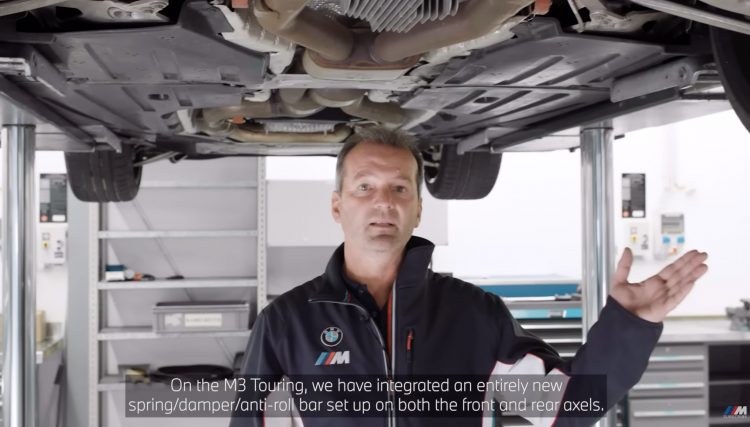 Weishar does confirm the M3 Touring does have a “slightly higher weight” than the sedan, although a specific kilogram figure isn’t mentioned – the M3 Competition xDrive has a tare weight of 1743kg (Australian specification). Even so, he says the Touring continues to offer that trademark “self-steering” characteristic of the regular M3.

A full debut is expected from the middle of this year, with showroom entry likely commencing later in the year or early 2023. Check out the detailed video below by BMW M for more.