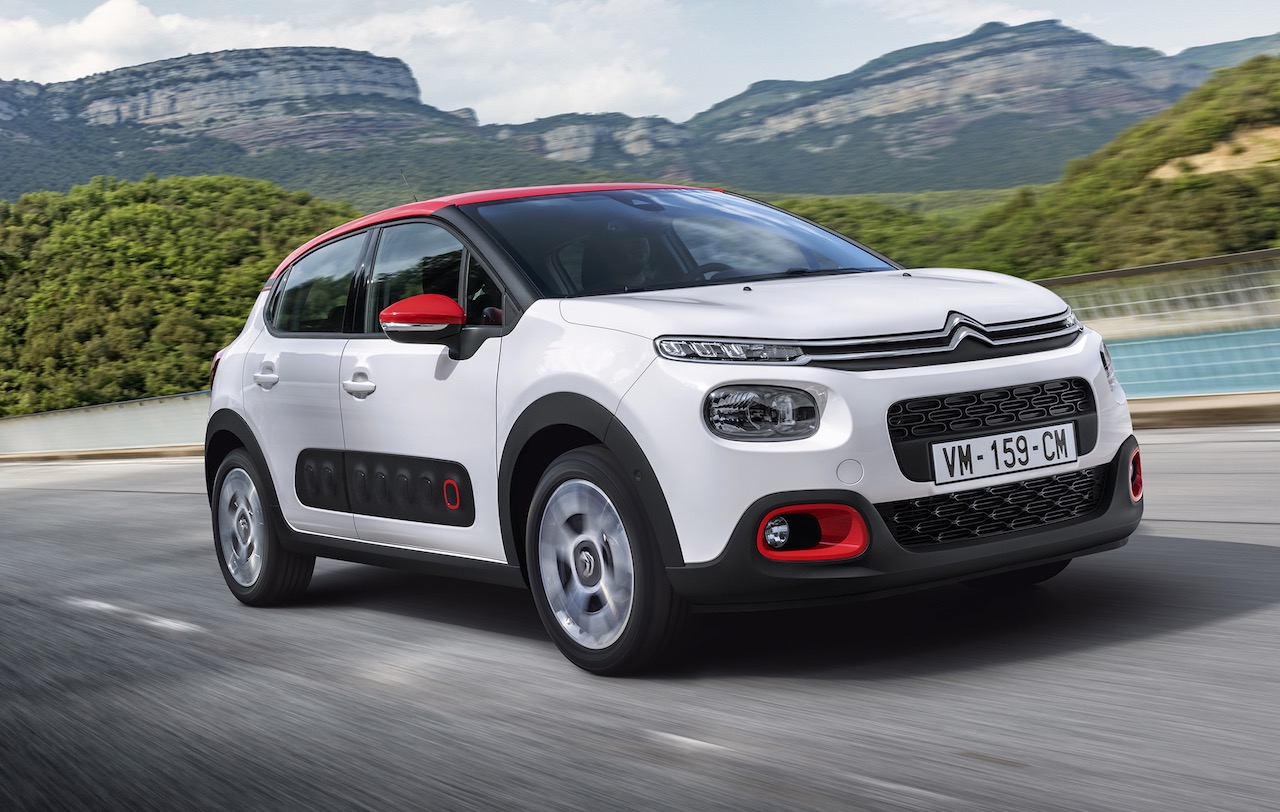 Citroen’s all-new 2017 C3 was shown yesterday in leaked photos. Now, the real thing has been officially revealed, with more details about features and powertrains. 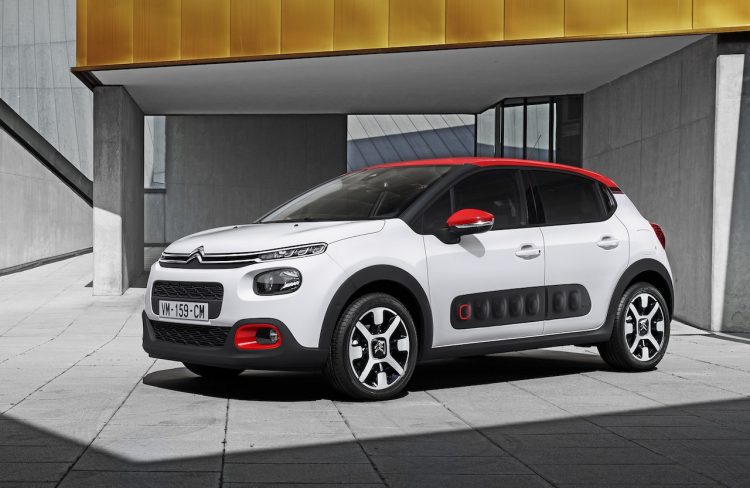 As reported yesterday, there are plenty of C4 Cactus-inspired elements inside and out, from the (optional) Airbump panels and headlight treatment, to the interior themes.

Powertrain-wise, there are a selection of 1.2-litre ‘PureTech’ three-cylinder petrols of 49, 60 and 81kW variety, as well as 1.6 turbo-diesels with 55 and 73kW. Australians will no doubt get the higher output versions of each. Gearboxes will be manual or a conventional six-speed automatic, unlike the robotised semi-auto seen in the C4 Cactus. 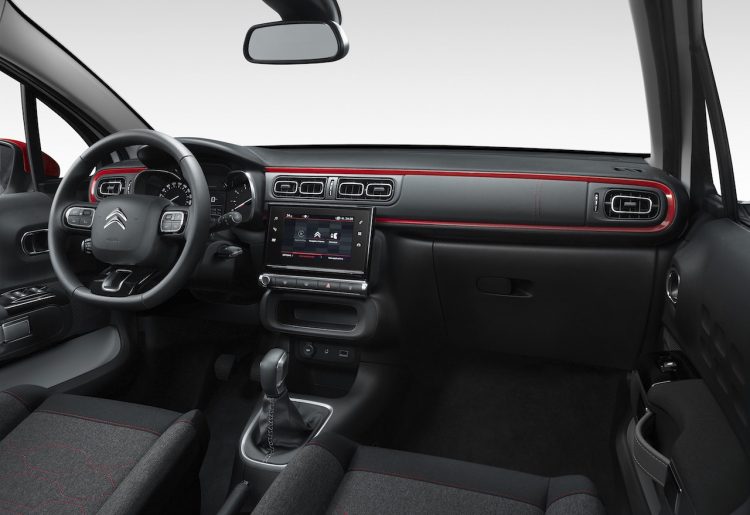 Available options inside include a panoramic roof and leather seats to complement the Cactus-inspired leather straps and conventional binnacle cluster. The coolest feature of the new C3 is the ConnectedCAM, which is an integrated dashcam, with footage able to be recorded and uploaded on social media or YouTube.

An Australian introduction is still being negotiated for the new model, Citroen says. C3 Picasso minivan and other derivatives are sure to be spun off the C3 in due course as well.