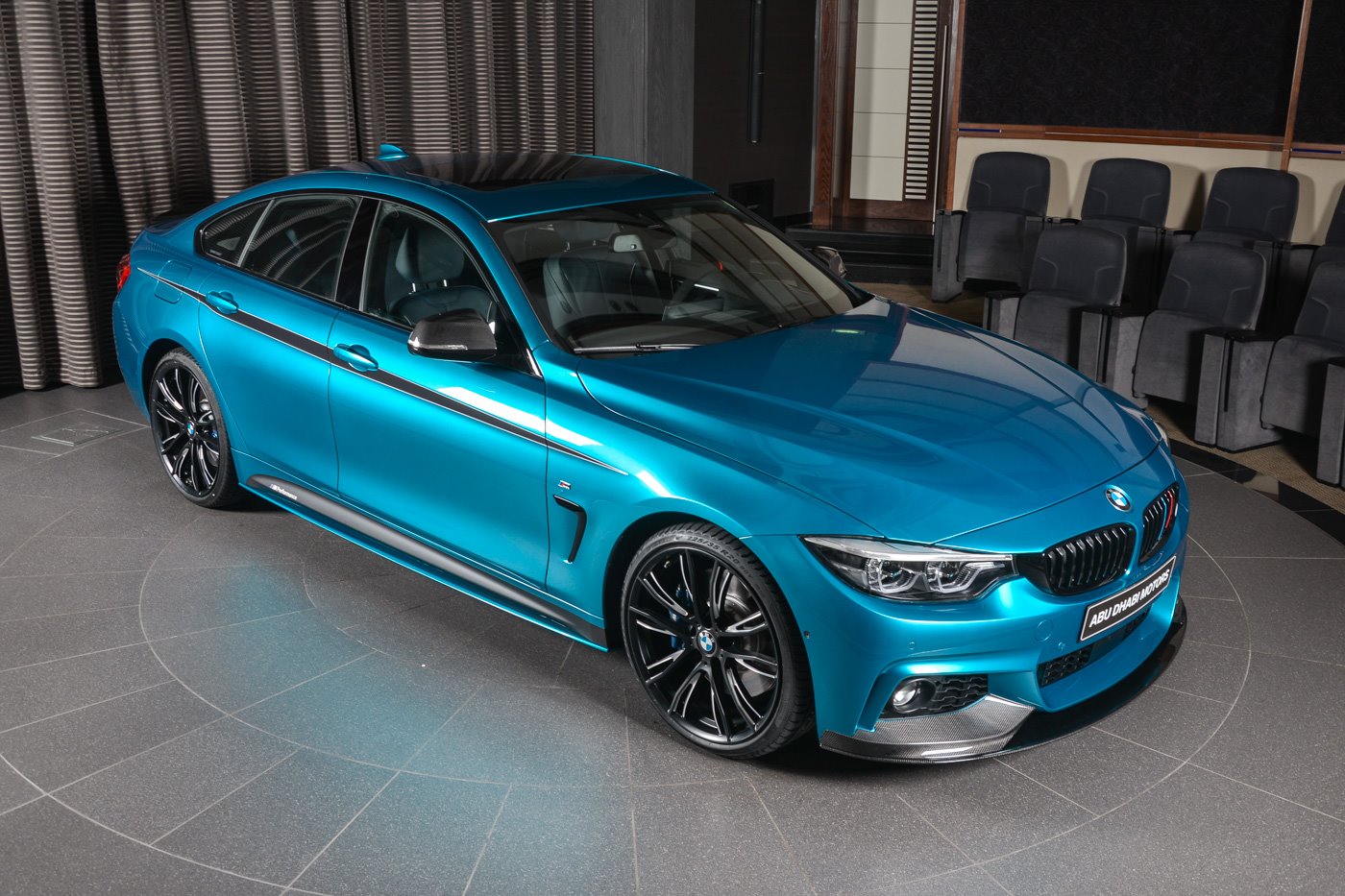 BMW of Abu Dhabi has put together an all-in package for the BMW 440i Gran Coupe, ticking almost every M Performance box there is. 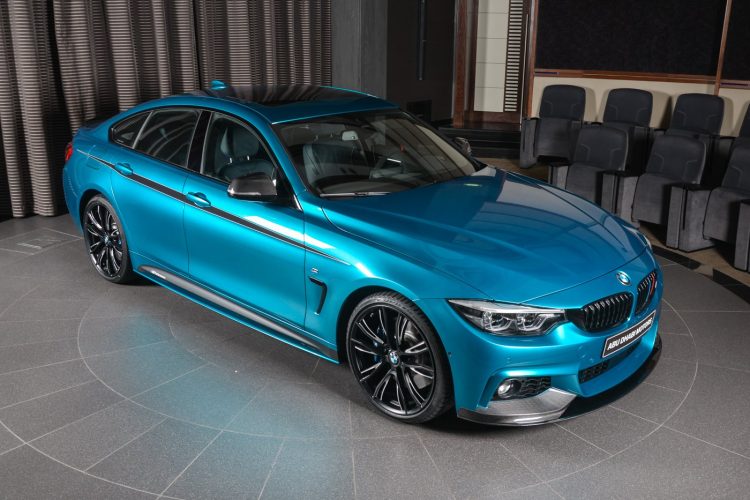 It starts with the 440i Gran Coupe, which is the four-door coupe version of the 4 Series, which itself is the sports version of the 3 Series. The 440i is then the top variant. It comes with a 3.0-litre turbo inline six producing 240kW and 450Nm, with acceleration from 0-100km/h taken care of in a claimed 5.1 seconds.

For the unique edition, BMW Abu Dhabi chose Snapper Rocks Blue from the premium colour palette, pairing it with the full M Performance bodykit. The kit includes a black lip spoiler at the front and a deep air dam, as well as black side skirts, and a more aggressive rear bumper with a black insert and finned diffuser.

Other exterior details include black side gills, a carbon fibre lip spoiler for the boot lid, black racing stripes down the doors, and a set of black grilles at the front with neat M colours integrated into the fins. Some carbon fibre side mirror caps complete the look. 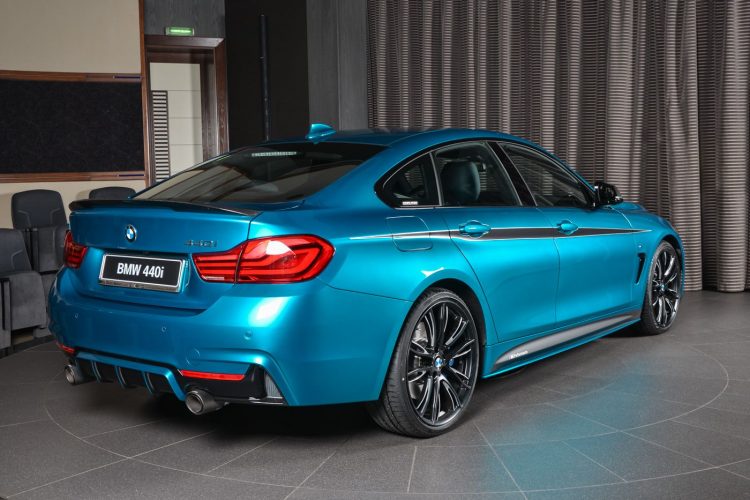 The interior isn’t left untouched. It gets a lovely Alcantara-wrapped steering wheel with contrast stitching and a red 12 o’clock highlight, and a set of aluminium M Performance pedals for the driver. Other than that, it’s the usual high-end leather upholstery with a light carbon fibre dash trim and matching centre console.

BMW Abu Dhabi obviously has this example up for sale, but we’ll remind buyers including those in Australia that the full suite of M Performance parts are available for anyone to option up. The 440i Gran Coupe is on sale in Australia priced from $99,900.