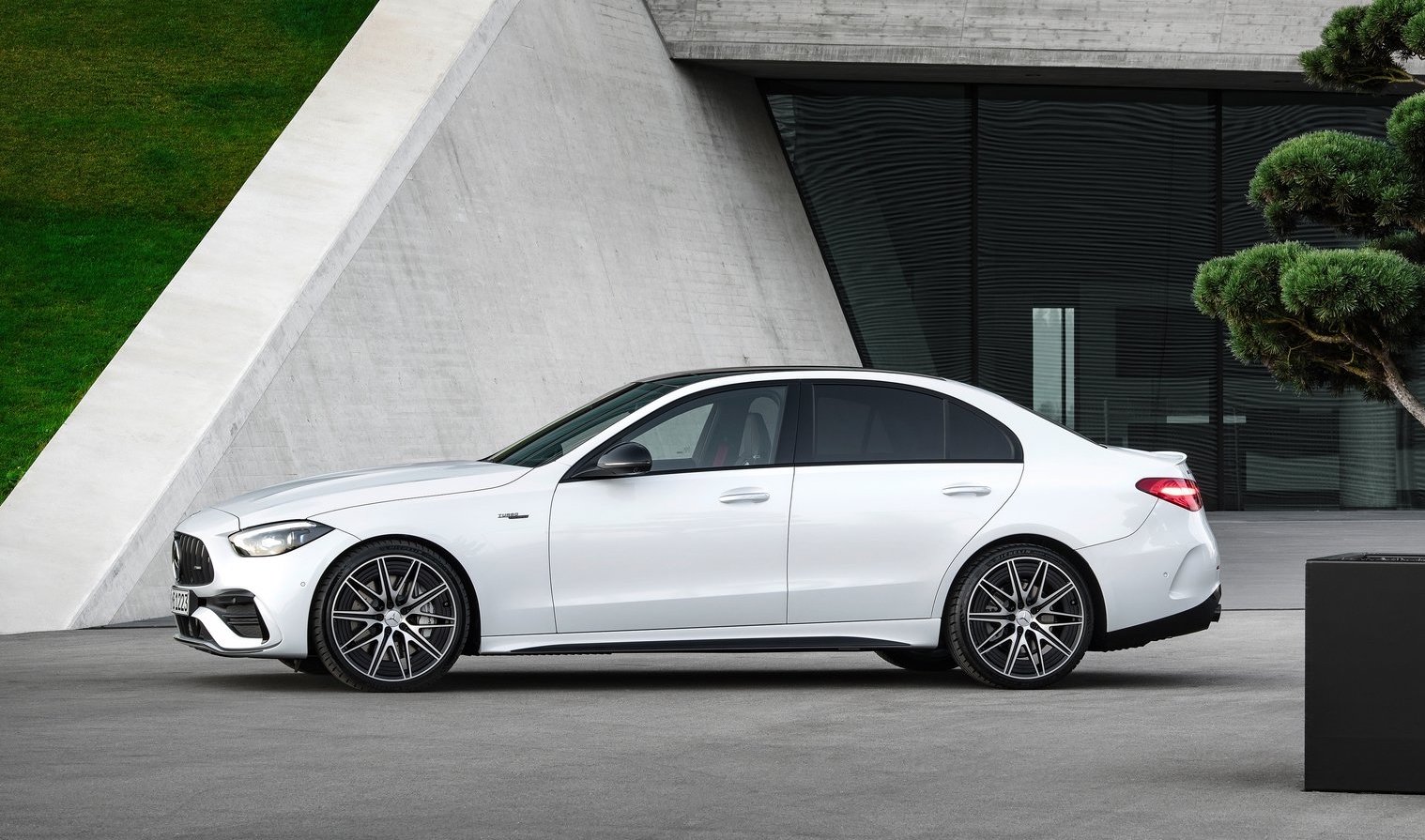 Mercedes-Benz has unveiled its all-new 2023 AMG C 43 performance model, based on the new C-Class, while confirming it will arrive in Australia next year in sedan and Estate wagon form. 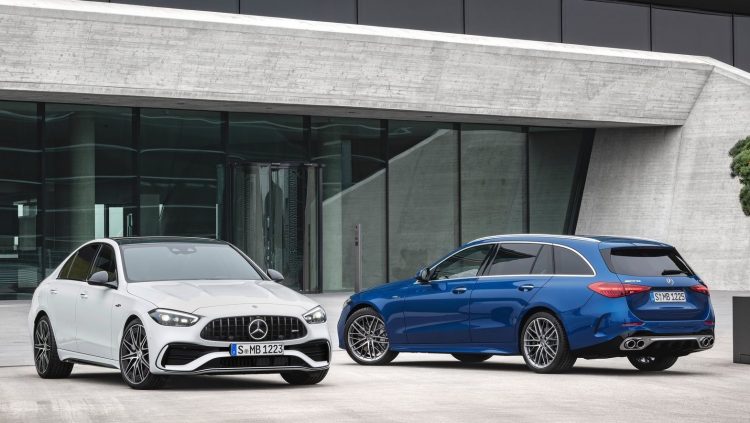 In an effort to meet increasingly stringent emission regulations, Mercedes-AMG has thrown out its twin-turbo six powering the existing C 43, in favour of a mild-hybrid take on its 2.0-litre turbocharged four-cylinder from the A 45 and GLA 45 AMG models. For the new mid-sizer the unit pushs out 300kW of power and 500Nm of torque. With an updated hybrid system, it can momentarily boost the turbo for an additional 10kW of power.

Fuel economy for the powertrain in the sedan is rated between 8.7-9.1L/100km, while the Estate rises to between 8.8-9.2L/100km on the official WLTP combined cycle.

Power is sent to all four wheels via Mercedes’s nine-speed transmission via a 4MATIC all-wheel drive system that favours the rear in a 69:31 ratio, with the company saying the C 43 4MATIC sprints from 0-100km/h in 4.7 seconds. 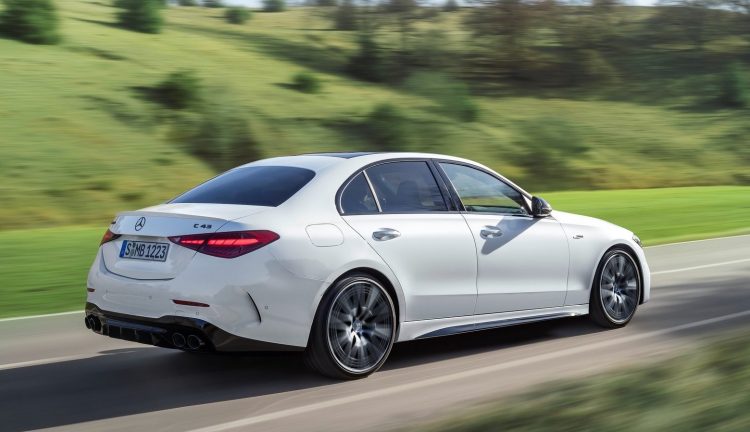 The C 43 4MATIC comes riding on a set of 18-inch alloy wheels, with stopping power provided by a set of 370mm front discs with six-piston calipers, and 320mm rear discs and single-piston floating calipers.

There’s aluminium double wishbone suspension at the front and rear, with the C 43 receiving a rear-wheel steering system, adaptive dampers and an updated steering ratio for sharper handling. 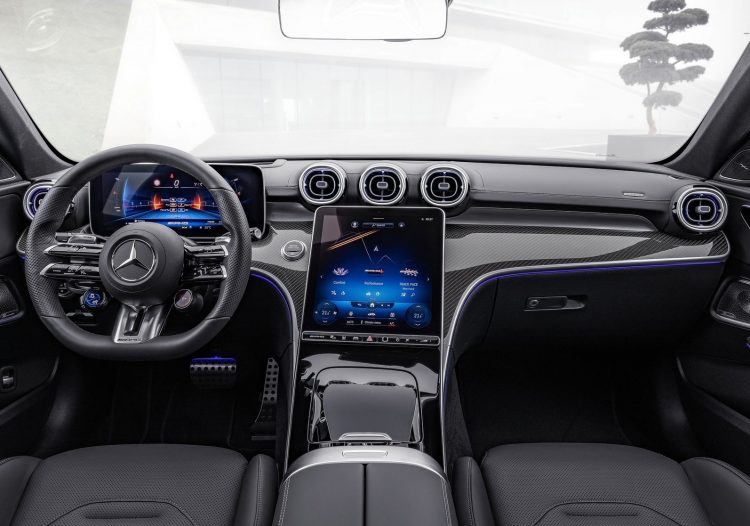 Inside, there’s the usual set of premium elements with sporty highlights throughout the cabin, with the front row receiving sport seats and metallic contrasts. The infotainment system has been upgraded to a larger 11.9-inch touch-screen in portrait orientation, while the driver views a 12.3-inch digital display; both of which receive the second-gen MBUX system with fingerprint recognition and over-the-air software updates.

Mercedes-Benz Australia is yet to confirm pricing for the upcoming baby of the new AMG C-Class range, but we’ll be sure to update you closer to its official launch in the first half of 2023. The next-gen C 63 (name not yet confirmed) will also switch to the 2.0L turbo but with proper hybrid assistance, taking power to over 480kW.