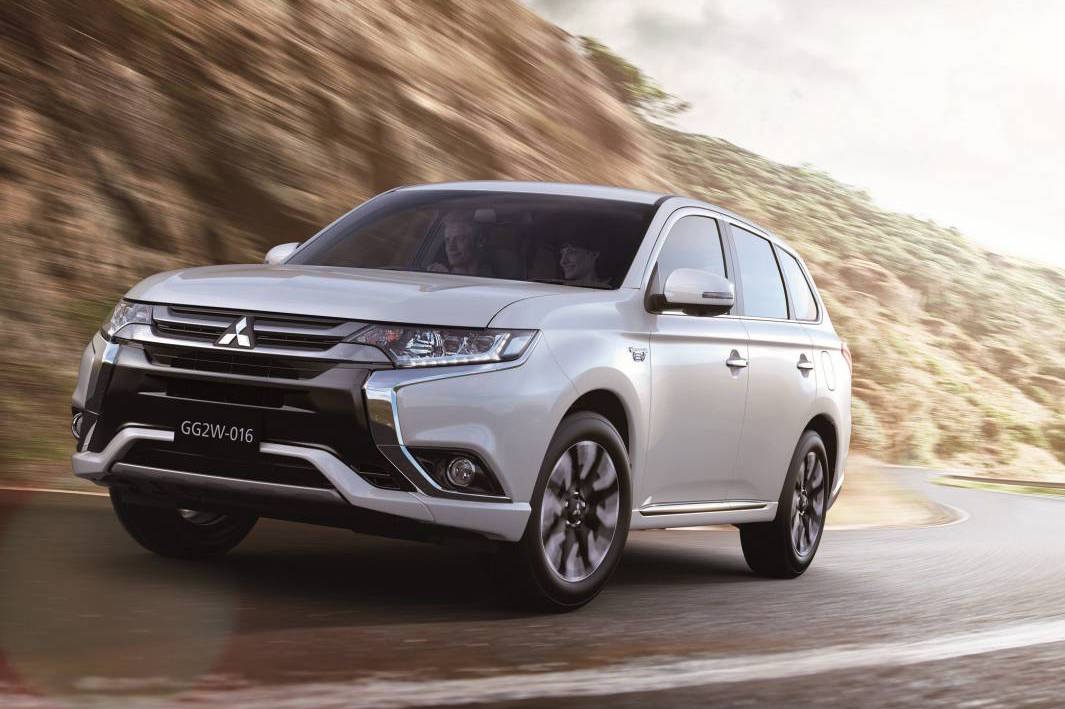 Following the launch of the 2016 Mitsubishi Outlander in April, the brand has now announced the PHEV plug-in hybrid version which gets a number of refinements and advanced safety tech. 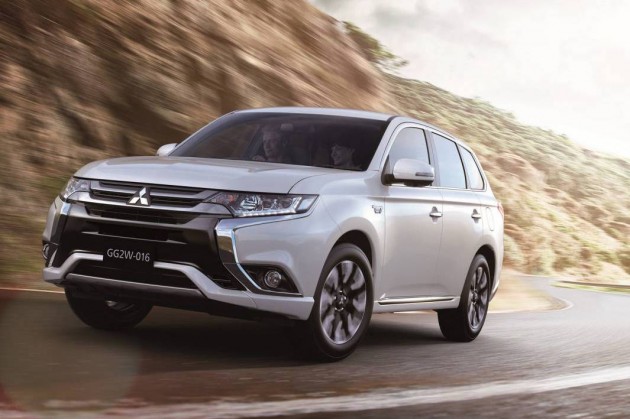 Underneath, the 2016 PHEV gets improved ride and handling with changes made to the suspension, a quieter drive character, uprated steering performance, and a better acceleration feel and throttle response.

No major changes have been made to the powertrain. It keeps the 2.0-litre petrol four-cylinder and electric motor system. However, the official electric mode range has been increased by 0.6km to 60.8km. Changes are also made to reduce engine friction and improve hybrid efficiency by eight per cent over the outgoing version.

Mitsubishi says the launch feel and acceleration from a standing start has been improved, while new active safety features such as an around-view monitor and ‘unintentional move off control’ reduce the chance of slow-speed accidents.

Inside, the PHEV gets a more premium quality interior with a fresh four-spoke steering wheel, contrast stitching on the dash, and a newly designed centre console with black lacquer finishes. A power-adjustable driver’s seat is standard on all variant levels, while most variants get a heated steering wheel.

The 2016 Outlander PHEV will launch in Japan on July 9, before being rolled out in other international markets including Australia soon after. Mitsubishi Australia says it will announce local prices and specs closer to its launch. 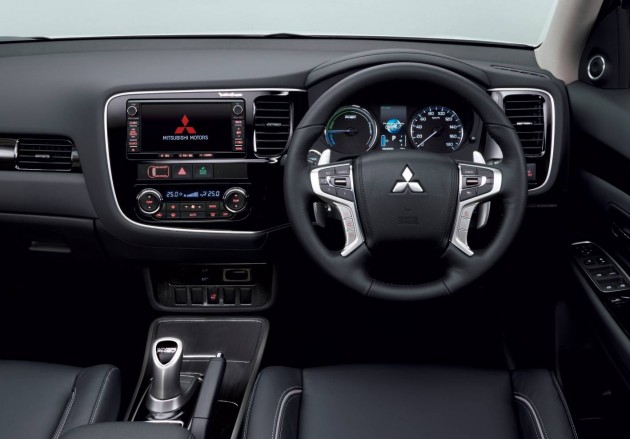