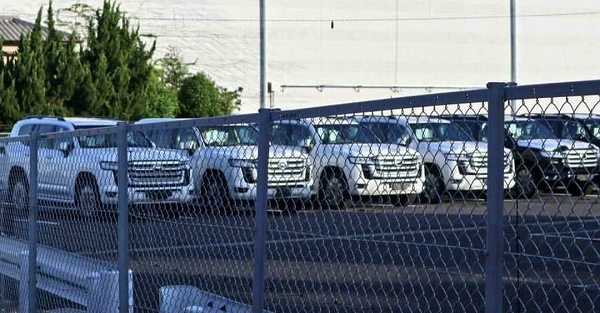 Some more images of the 2022 Toyota LandCruiser 300 Series have surfaced online, providing probably the best look yet at the highly-anticipated new model.

The images, which surfaced on various forums and social media pages including Japanese website Creative311 and Instagram page landcruiserupdates, show a bunch of complete 300 Series ‘Cruisers sitting in some kind of holding yard.

It’s not entirely clear where the yard is exactly. This could mean the eventual Australian-spec version could look slightly different, as other markets sometimes get unique trimmings and variant levels, with no equivalent version for Australia. Even so, we think it’s safe to say the gist of the design is revealed. (UPDATE: A more revealing image has surfaced online – see below.)

Interesting highlights that we notice include a full-length front bumper bar, which probably won’t bode well for serious off-road fans (at least for the variant level shown), as well as large alloy wheels with reasonably low profile (for a LandCruiser) tyres.

Again though, it’s difficult to know what variants we are looking at exactly. The darker example (seen at far right side of above image, and second vehicle from left in below image) does seem to wear a unique front bumper bar to the white models, potentially offering a better approach angle. Maybe this is a ‘GXL’ or mid-spec model while the white vehicles are top-spec? 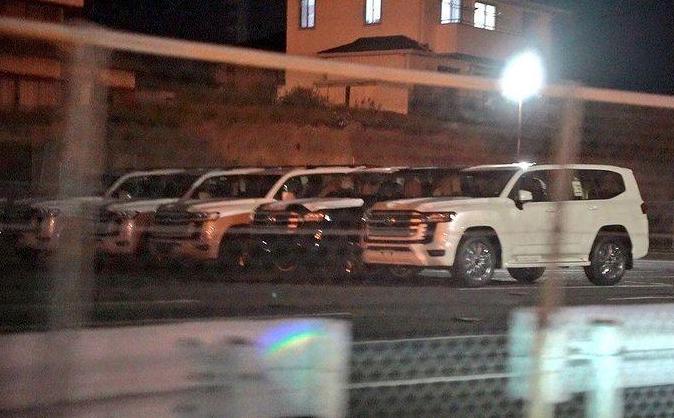 The main torso of the new model does appear to be quite similar to the outgoing 200 Series, with a completely flat and straight roof and high tailgate. The twin bulges in the bonnet look pretty similar as well, while the headlights are clearly thinner and there’s an all-new front grille.

No further details have been mentioned with the leaked images. Well, not any other details than already speculated. As far as we know the new model will feature a TNGA-based heavy-duty ladder-style chassis, as previewed in an earlier leak, with at least two new powertrain options. 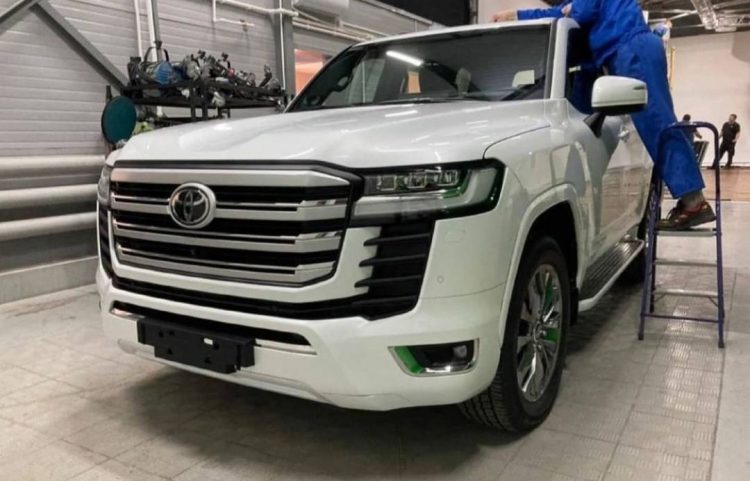 There’s a new 3.3-litre turbo-diesel, likely a V6, a 3.5-litre twin-turbo V6 petrol, and potentially a 4.0-litre petrol V6 for some markets. A hybrid option is also set to join the lineup for the first time, but likely a bit later after the initial launch.

We’ve heard rumours that Toyota might unveil the new model in April, but there could be some delays due to the crazy times that we live in at the moment. Production is set to begin in July.