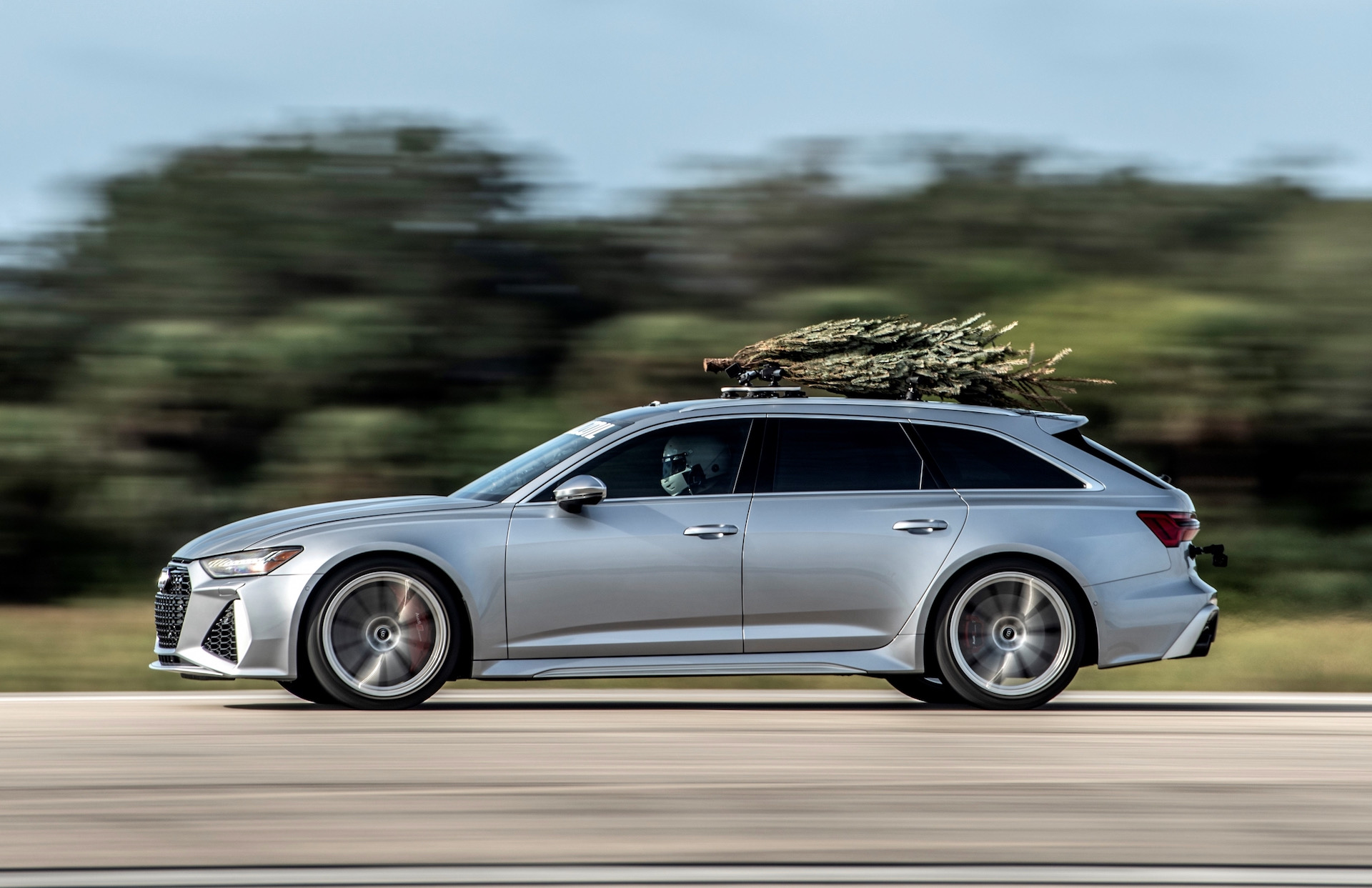 Everybody’s favourite Texas-based tuner and manufacturer, Hennessey Performance, is ringing in the festive season with an unusual land speed record featuring a highly-tuned Audi RS 6 and a Christmas tree. 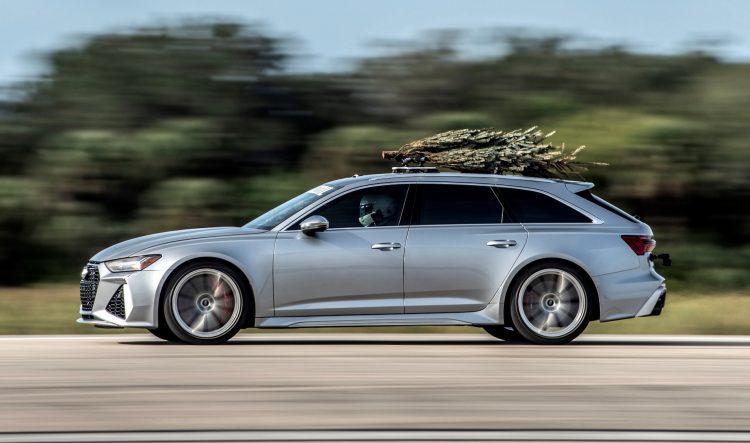 While it might sound like the start of some weird pub joke, Hennessey actually set a record before, going 291km/h with a Christmas tree strapped to the roof of its 745kW Jeep Trackhawk in 2019. This year the company decided to put a tree on the roof of a modified Audi RS 6 Avant, sprinting up to 294km/h (183mph).

Perhaps more importantly, though, Hennessey said it took the time out for its Christmas tree antics during a break from its high-speed testing of the Hennessey Venom F5 hypercar, which the company is readying for a top speed run in early 2022.

Hennessey says its final phase of testing for the F5 has seen engineers stress test its tyres, braking and aerodynamic package up to speeds of 402km/h, as it eyes off a top speed target of 482km/h.

Back to the tree shenanigans. Hennessey says that the Audi was deployed after a failed run using a Porsche 911 Turbo S, that managed to hit 330km/h with no hinderance, but dropped to 281km/h with the tree fitted to the roof. This, according to the company, was because the tree interrupted air flow to the main intakes of the 911.

Thankfully, though, an Audi RS 6 belonging to none other than John Hennessey’s wife, tuned up to 597kW (800hp) was able to get the job done, bettering the record set by the Trackhawk a couple of years ago. Founder and CEO, John Hennessey, said:

“We wanted to see what my wife’s Audi station wagon would run without the tree and we managed 205 mph. Then, the real holiday fun began when we mounted a real Christmas tree on the roof. To our surprise, her wagon ran a very respectable 183mph.”