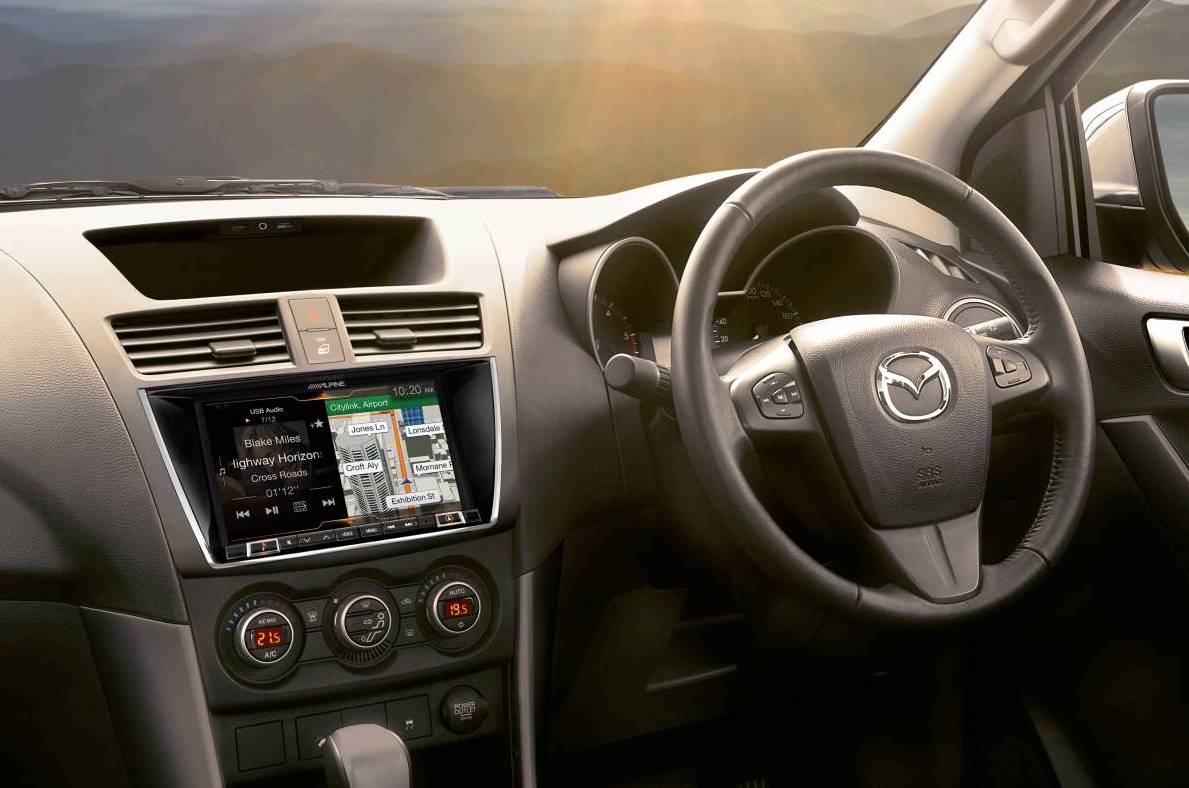 To help the Mazda BT-50 cut a bigger slice of the ever-growing dual-cab-ute cake, Mazda Australia is introducing a much-needed technology update for some variants. 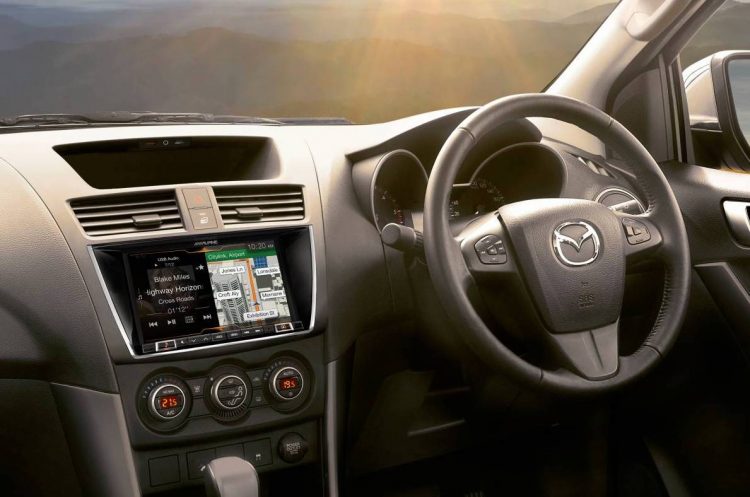 Mazda Australia teamed up with Alpine Electronics to come up with a new touch-screen media interface for the dash of certain BT-50 models. Up until now the BT-50 has fallen behind, in our opinion, in the area of on-board entertainment and technology.

Interestingly, the screen is split-screen-capable, allowing users to display climate control settings and audio and navigation information at the same time. This helps reduce the need to adjust and fiddle with the system while on the go, improving driving safety.

“The reverse camera is now positioned within the screen itself, the sat nav is improved, and the system allows passengers to watch their favourite shows via the larger 8-inch screen. Mazda BT-50s new information and entertainment hub can be used and enjoyed by everyone within the vehicle.”

Mazda is rolling out the system for the XTR and GT variants for June production. It’s expected lower-end variants could adopt a similar screen in the near future. The new unit will give the BT-50 a more competitive edge in the market, potentially helping to increase sales. During the first six months of the year in Australia (through June), Mazda sold 7435 examples of the BT-50 (4×2 and 4×4 combined). This figure is down slightly on the 7738 units sold during the same period in 2016. 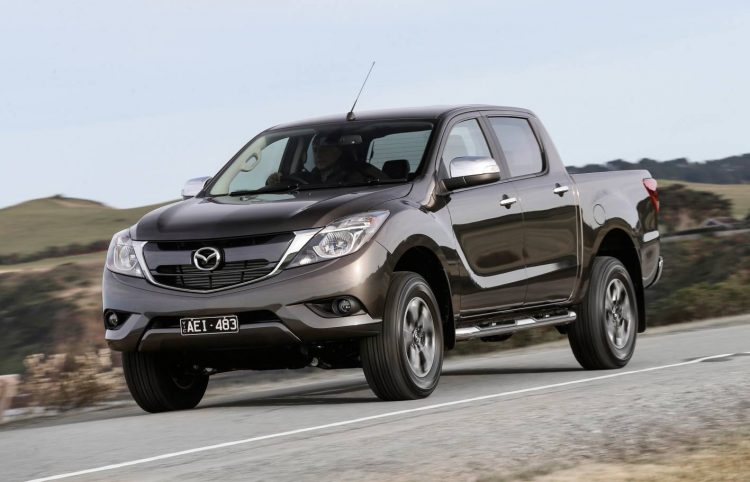