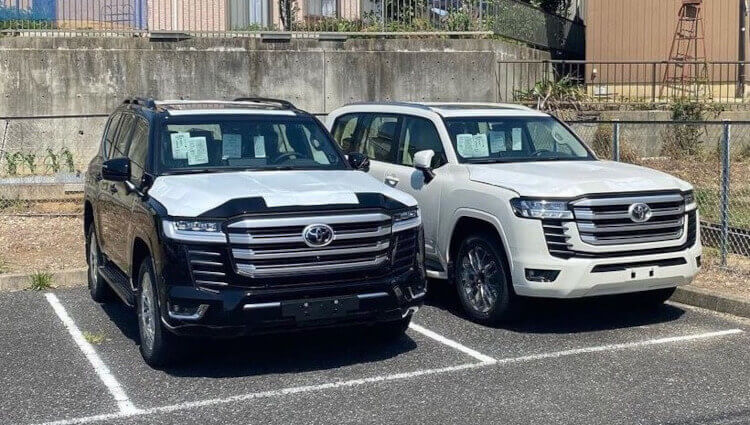 Yet more sneaky spy images showing the 2022 Toyota LandCruiser 300 Series have surfaced online, providing an even clearer view of the all-new model in different trim levels.

Last week some images appeared on social media which essentially revealed the design in full for the first time. Now, it seems production is well and truly underway and Toyota is getting ready to ship its first examples off. These images, originally posted up on Instagram by shomegranbill, show a sea of 300 Series models sitting in a holding yard of some kind. 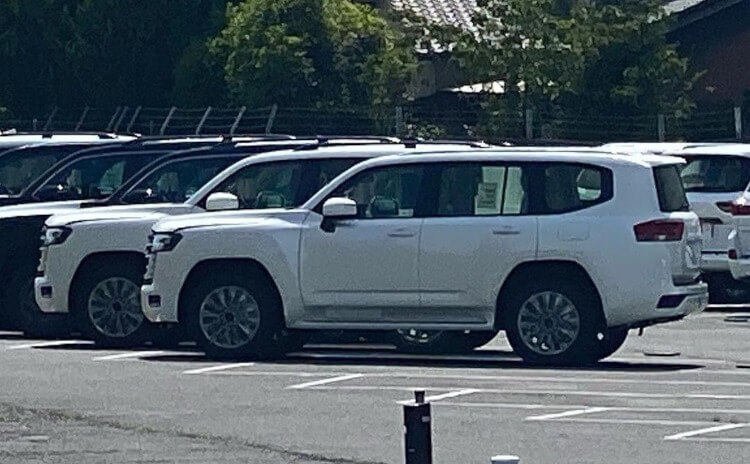 It looks like there are a few different trim levels in the yard. Last week we saw evidence of an extended front bumper bar, which probably won’t go down well with serious off-road fans. However, here we can see that bumper bar will not be the standard setup. Lower grades appear to feature a more conventional bar facilitating a good approach angle. 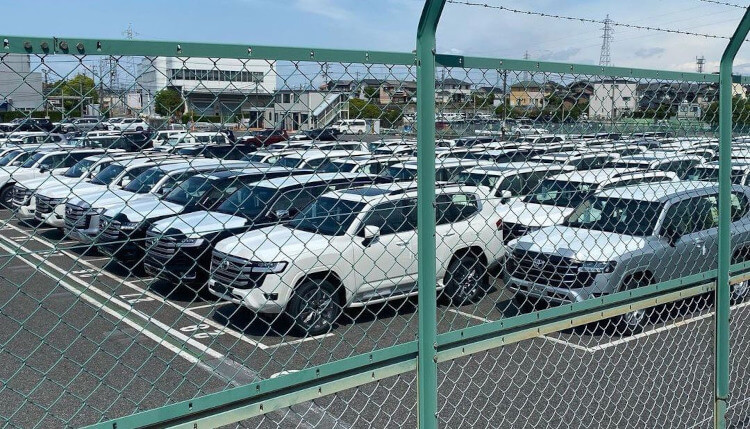 These fresh images also confirm the lower grade models will showcase a unique front bumper bar with a black trim piece running below the new grille, while upper grades feature a more sophisticated apparatus with a colour-coded trim piece in the centre. Colour-coded side mirrors are also used on the upper-spec models, or so it seems according to these images. 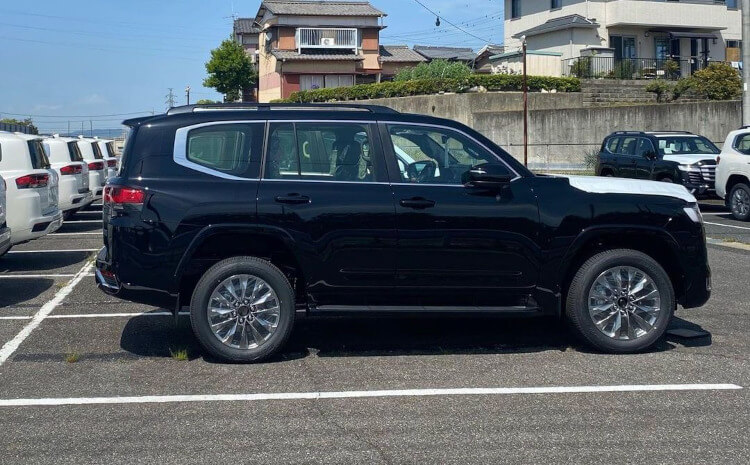 Unfortunately, no further specifications or details regarding the hardware have surfaced yet. As far as we know the new model will be offered with a new 3.3-litre turbo-diesel V6 (piston layout not confirmed), producing around 227kW and 687Nm. A 3.5-litre twin-turbo V6 petrol is also destined for the big SUV, developing around 310kW and 600Nm. A petrol V6 might also be offered for some markets, as suggested in an earlier spy photo. 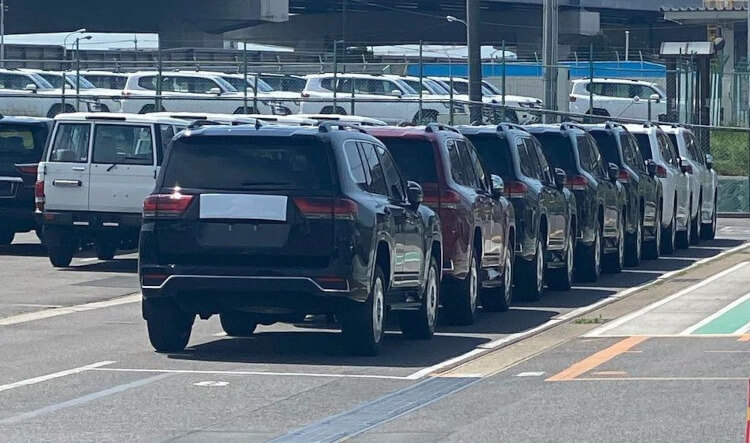 As for the chassis, it is set to be based on the heavy-duty ‘TNGA-F’ platform, similar to the upcoming 2022 Tundra in the USA. With that, it’ll include a live axle rear end, as previewed by the image above showing evidence of four-link arm mounts, with most models likely to feature a rear differential lock. An independent front end is set to continue. It’s believed Toyota will also switch to a six-stud wheel pattern, like the upcoming Tundra pickup. 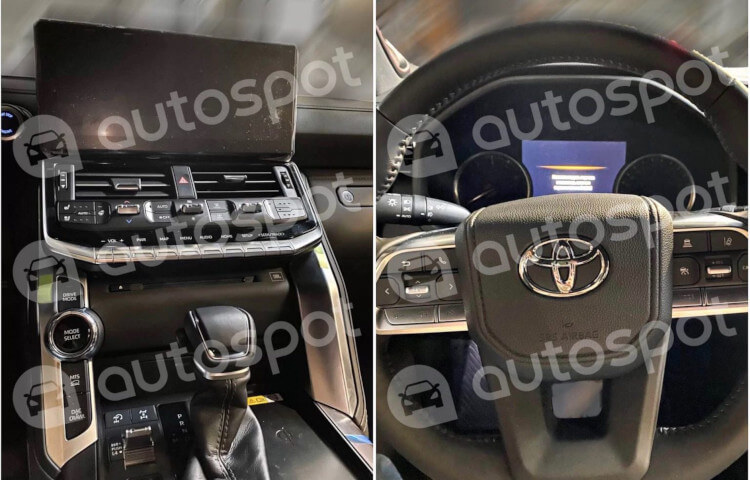 As for the interior, some earlier leaked images revealed a new dash centre stack with a wide touch-screen sitting at the top, as well as new toggle switchgear for some functions and plenty of physical buttons, as usual. There’s also a big digital display for the instrument cluster.

We now have a pretty good idea about the design and some details of the 300 Series, however, so far we have only seen or heard about overseas models. As such, final Australian details could vary, including elements of the design and availability of trim levels and so on. A full debut is expected any time now.