As a way of marketing Ford Racing performance parts and accessories for the new 2013 Ford Mustang, Ford Racing has developed a project car showcasing parts available from the catalogue. 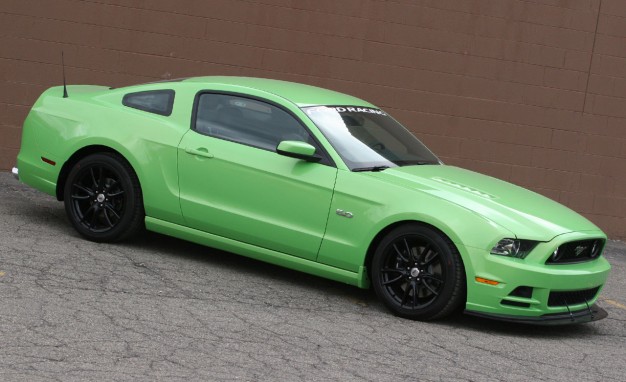 Featuring various engine tuning components, such as a 2.3-litre supercharger, a retuned ECU, bigger injectors, and a sports side-exit exhaust system for the 5.0-litre Mustang V8, power is boosted to 466kW (624hp).

Underneath, there’s an 8.8-inch rear axle, revised suspension with adjustable front and rear shock absorbers, lowered springs, and a set of Brembo brakes with 14-inch discs and four-piston calipers at the front.

Everything you see on the Mustang can be purchased through Ford Racing performance parts. As far as vehicle tuning goes, when the manufacturers themselves bring out enhancement packages, you know they’re going to be complete and well-suited to the car.