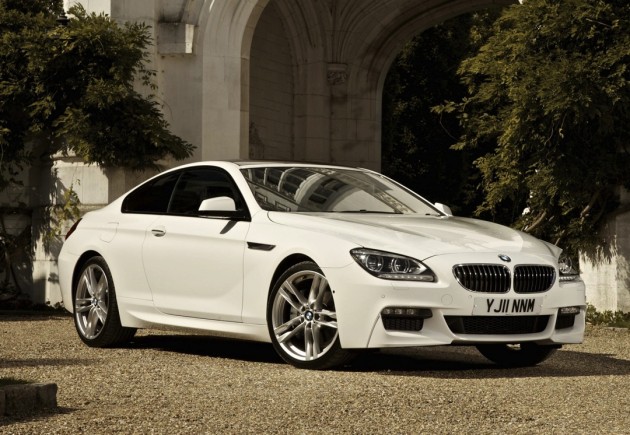 The biggest change to the all-new 2012 BMW 6 Series Coupe range is the inclusion of the new performance 2012 BMW 640d Coupe twin-turbo-diesel. Using a 3.0-litre twin-turbo diesel developing 233kW (313hp) of power and 630Nm, it’s able sprint from 0-100km/h in 5.5 seconds. This makes it the quickest diesel vehicle in BMW’s lineup.

All models will come with an eight-speed Sport automatic transmission as well as a new fuel efficient EfficientDynamics technology called the ECO PRO mode. This enables the driver to select between different driving modes to suit either fuel efficient driving or sports driving. Modes are selectable through the Drive Dynamic Control button inside the cabin.

The new 2012 BMW 6 Series range will go on sale, in the UK at least, on October 15. Specific Australian release dates are yet to be announced, but it is scheduled to go on sale some time during the first quarter of 2012. We’ll keep you updated with full local specs and prices.