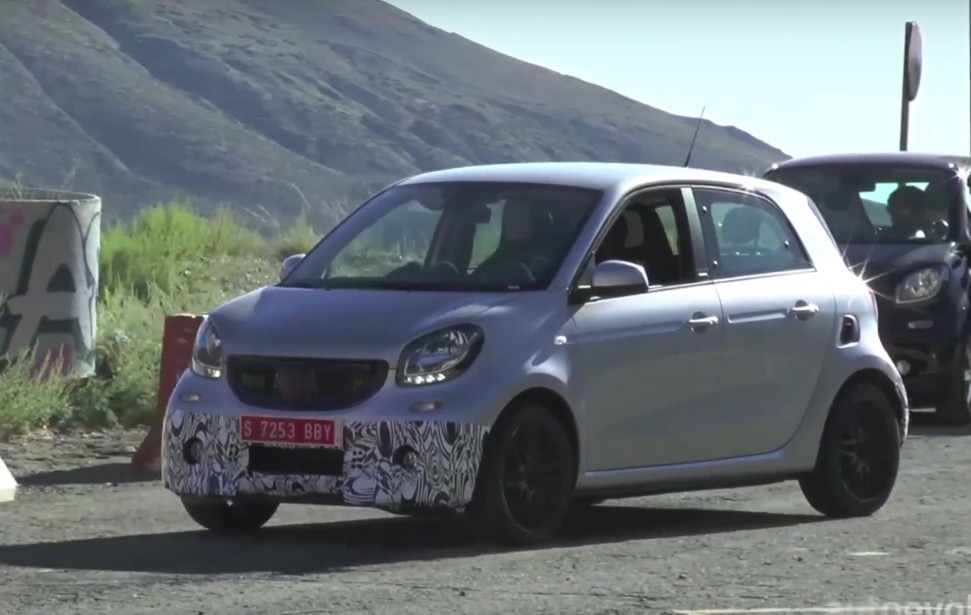 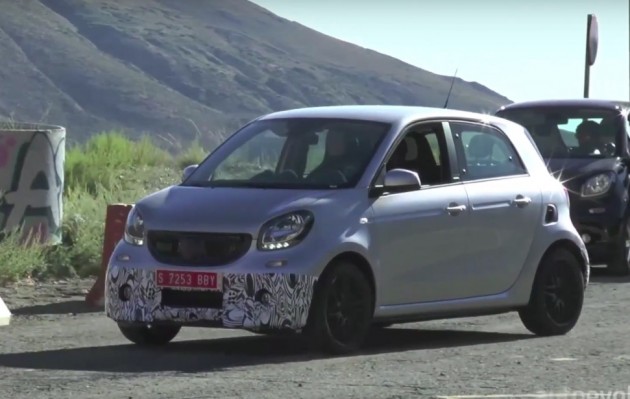 The prototype was spotted in Spain doing some testing in the hills. It seems the company is developing a full package for the micro machine, with camouflaging wrapped over the lower bumper bars hinting at a relatively extensive styling upgrade.

Specific details regarding the engine are yet to be uncovered. It is believed it will come with either a tweaked version of the standard 0.9-litre turbo three-cylinder or an entirely different engine altogether.

BRABUS’s previous version based on the first-gen ForFour came with a 1.5-litre turbocharged Mitsubishi four-cylinder producing an impressive 130kW and 230Nm. It could cover 0-100km/h in just 6.9 seconds, while offering a top speed of 221km/h.

In standard form the most potent version of the ForFour comes with a 0.9-litre turbo producing 66kW and 135Nm. Although this is a very low figure, the tiny car only weighs around 975kg. In other words, the power-to-weight ratio is the key here.

BRABUS is likely to work its magic on not just the engine but also on the handling and braking side of things. Lowered sports suspension will probably be on offer, along with big wheels and performance tyres, as well as a decent brake upgrade.

The company currently offers tuning programs for Mercedes-Benz vehicles as an aftermarket enhancement, but with the ForFour the car is a complete turn-key package. It is still likely to feature aftermarket-style trimmings though, such as for the interior and exterior detailing, and a bespoke exhaust and badges and so on – just like the previous version which was sold in Australia (retailing from AU$39,900).

According to reports the car will be unveiled in full at the 2015 Frankfurt Motor Show starting September 15. In the meantime, check out the video below provided by autoevolution for a preview.