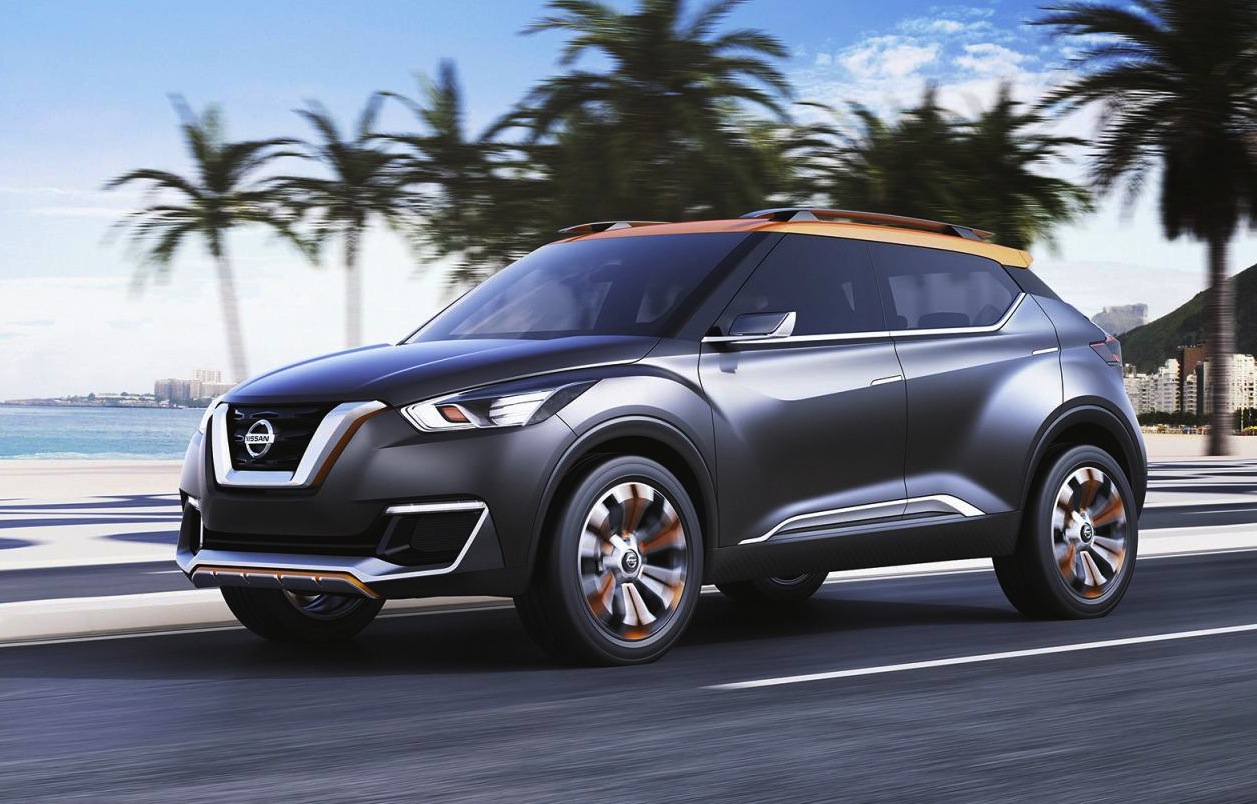 Remember the Nissan concept SUV previewed a couple of weeks ago? This is it. It’s called the Nissan Kicks concept and it has just been unveiled at the Sao Paulo Motor Show. It’s inspired by the streets of Brazil and designed for its people. 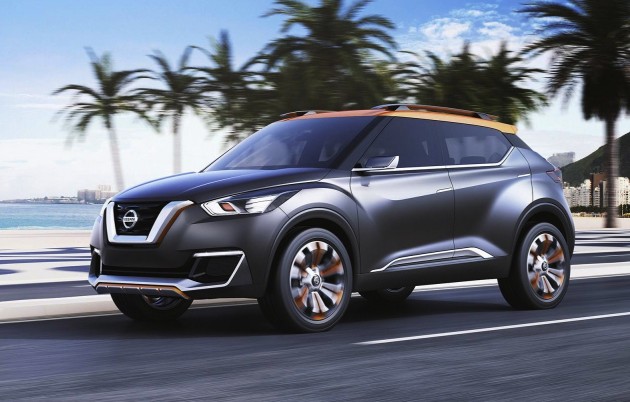 Nissan says its team saw a disconnect between vehicles on the roads in Brazil that were mainly white, silver, or black, and then the exuberant nature of the country and its people. The idea was to try and bridge that gap. Robert Bauer, chief designer at the Rio studio, said,

“The main inspiration for this concept was the contrast that we saw in the grey tones of the urban settings in Sao Paulo and the bright natural colors that we saw near our studio in Rio. How to combine these two, the more grey urban tones with the bright sunset orange that we would see – this combination we thought was really uniquely Brazilian.”

In terms of the exterior the crossover measures 4.3 metres in length, 1.8 in width, and 1.6 metres in height. This makes it slightly longer, but about the same width and height as the Nissan Juke – the smallest SUV in the company’s showroom.

Nissan hasn’t mentioned the specifics about the Kicks, and it hasn’t mentioned anything about a potential production model. Like most concepts though, it is likely to influence a future vehicle in some way. There’s some speak of a compact crossover being on the horizon ready to sit in as a cheaper alternative to the Juke. We’ll keep you updated.